Since the previous revision and recent RPCS4 PS4 Emulator announcement, the RPCS3 Team's latest update to their RPCS3 PS3 Emulator for PC includes major graphical fixes to titles like God of War 3 Ascension, inFamous 2 Festival of Blood, Dante's Inferno, Demon's Souls and even The Darkness is now playable!

Here's further details for PS3 emulation fans and those in the PlayStation 3 Scene alike of their latest video's description from the RPCS3 YouTube Channel, to quote:

All changes shown were made by kd-11, and mostly from two changesets, which affected AAA Exclusives and multiplatform games alike. A new Precise ZCULL setting has been added to RPCS3 (on by default) which fixes some culling issues (broken skybox in Dante's Inferno, Sun shining through objects in Demon's Souls and some lights in Killzone 2 & 3 are no-longer visible through objects.

Precise ZCULL also fixes games that relied on accurate area distance tracking to calculate values for bloom, blur and other post-processing effects which resulted in issues like The Darkness being far too bright, or One Piece: backup Warriors having broken Blur.

Finally, those interested can support RPCS3's lead developers on Patreon.com and they also have a Discord Channel available for assistance with their free and open-source cross-platform PlayStation 3 emulator. 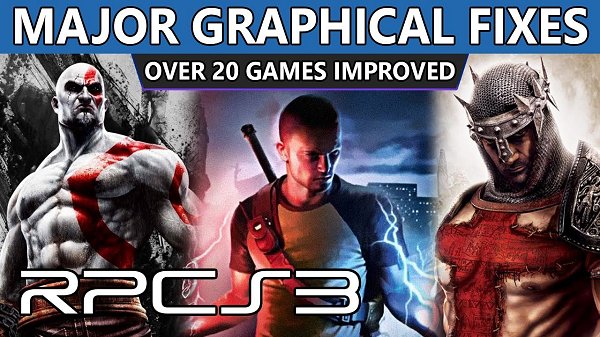 Senior Member
Contributor
Verified
I really wish the ps4 played ps3 games. Dante's inferno was a wicked game. Oh and actually the dead spaces games too... oh and actually so was... nm there is quite a few lol

Senior Member
Contributor
Verified
@stripnwild
Yes, I also wish it did but more than any other generational jump I can see why it was impossible.

Sony went from PowerPC to x86 (not exactly but generally). To have PS3 support they'd have had to make the PS4 much stronger than it is (basically a new generation) or add the hardware like they did on the BC Phat PS3, making the PS4 crazy expensive.

I still really, really wish it was possible lol. Honestly, most of my interest in a PS5 is for the inevitable jailbreak and it likely being able to run all Playstation platforms before it in some way (directly or emulation).

Member
Contributor
Verified
RPCS3 has come such a long way and it's great to see it go closer to perfection. Been using it for years to play Persona 5 until I got my 5.05 PS4. Also nice to see them working on RPCS4.

Member
Contributor
Verified
Heck yea I use to try getting this thing working for hours after PS2 version worked so well !