Below are some additional details from the press release, to quote: "Xbox One S is the most compact Xbox yet, 40 percent smaller than the original Xbox One, and includes a built-in power supply. We also shifted one of the three USB ports and the pairing button to the front of the Xbox One S alongside the newly added IR blaster for increased accessibility.

Beyond the fresh new design, Xbox One S is the first and only console that allows you to watch Blu-ray movies and stream video in stunning 4K Ultra HD with HDR. That means you’ll get to enjoy your favorite shows and movies in the clearest, most realistic video possible.

With High Dynamic Range (HDR) support for video and gaming, Xbox One games like Gears of War 4, Forza Horizon 3, and Scalebound will look even better thanks to a higher contrast ratio between lights and darks, bringing out the true visual depth of your favorite games.

The controller can be purchased as a standalone item for $59.99 USD and will also be available on August 2. All Xbox One games, accessories and Xbox Live services will work with Xbox One S."

Thanks to @Jeff for the news tip in our PSXHAX Chatbox! 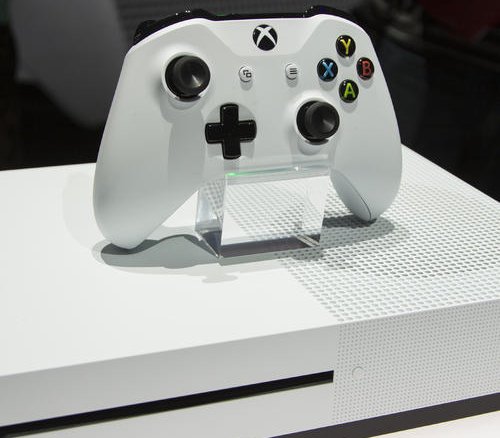 Senior Member
Contributor
Well its still ugly, look at that hole on top!