Not long after the Chaitin Tech PS4 Exploit which was patched in 4.06 OFW we reported on a PS4Pro 0Day Exploit... and this weekend PlayStation Developer @Mathieulh tweeted a friendly PSA reminder to the PS4 scene to get a PlayStation 4 Pro on 3.70 OFW while you still can and DON'T update beyond 4.05 OFW if you want to be able to run unsigned code including PS4 CFW (TaiHEN perhaps?), PS4 version spoofers and homebrew when available!

Sony's most recent 4.07 OFW update added even more security patches, so once again steer clear of updating your PlayStation 4 as we all await Fail0verflow's CCC 2016 presentation later this month.

Here are some related Tweets from Mathieulh:

Finally, those of you who have been around the scene several years may recognize the name @racer0018 as a dedicated scener and console modder extraordinaire... today he shared a bit of information on PS4 Custom Firmware (CFW) in a post HERE.

That's the most exciting post I've read lately regarding the public PS4 Jailbreak status, and coming from a credible longtime scener I trust what he's stated implicitly... so be patient, good things WILL come to those who wait and remember patience is a virtue!

To recap: Anything below PS4 Firmware 4.06 is safe to remain on for this undisclosed PS4 Jailbreak exploit we're all waiting to surface, and thanks to @B7U3 C50SS, @Cicko24, @Fimo, @HydrogenNGU, @kazookid0, @SockEE and @VultraAID in the PSXHAX Shoutbox for the leads. 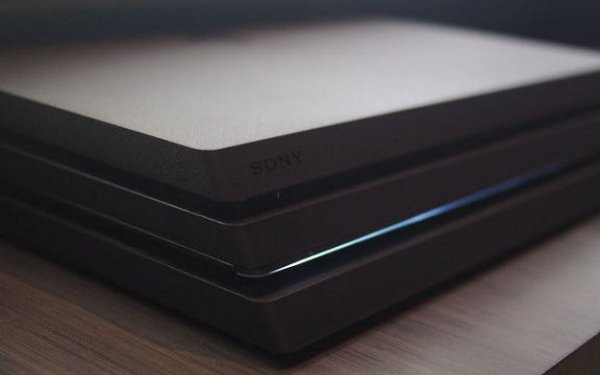 Member
Contributor
ok @PSXHAX I might sound like a journalist but I have to ask , @racer0018 can also join this is the most interesting and promising article about the PS4 CFW but when I read racer0018 talking about the cfw: "No its not public and it may not ever be." focus on "and it may not ever be" then at the end he said "things will be coming out soon for all this stuff."

the "things" are they videos, proofs, releases (i don't think so going by racer's "may not ever be") ?? then you said " I'm sure sooner or later someone will release something for the rest of the scene" that always happen right but going by short terms standards (from 2 to 5 months) all this talking (including this article) seems contradictory (sorry psxhax and racer0018 I don't wanna sound disrespectful and doubtful I totally believe you it's just these tiny little details that can flip the scene 180 degrees)

PS: I just want to clarify that I'm always talking by short term standards because on a long term eventually everything gets released

Staff Member
Moderator
Verified
It is contradictory, welcome to the scene I will elaborate though... to give ya a quick example:

Back in the early PlayStation 3 days there were at least 7 different tiers of 'PS3 Developer' rooms on iRC ranging from the sandbox for new recruits to release group testers, coders, hardware guys who also do kewl stuff, hackers/crackers, those who can reverse-engineer/disassemble to an upper echelon room consisting of only 2 or 3 people in it who pretty much are jacks of all trades and filter back down to the other levels as necessary.

Most people including Sony think GeoHot hacked the PS3 because that's what they were told and (for the most part) he did, but he also had help from those in an upper room... who wanted to remain out of the limelight and any potential legal hassles which GeoHot certainly got wrapped up in via his PSN/Twitter accounts, asking for donations via PayPal, etc.

That said, I'm out of the scene (I have no direct contact to the 'inside' circles any longer) but @racer0018 still has some (obviously) so he got permission to share a bit of what is being worked on.

Will we see a PS4 Jailbreak or CFW from Mathieulh or Racer0018? Nope, nor will we likely see anything from anyone either of them communicate directly to... again, everyone is on different levels... both Mathieulh and Racer0018 are best classified as 'friends of insiders' but that is just something they share in common.

They both have their own areas of expertise and shouldn't be compared to eachother... I wouldn't let Mathieulh do a reflow and wouldn't ask Racer0018 for *** leaks or to host a Debug Game server.

So in this case Racer0018 wanted to pass along that info to us but not be pestered by the masses, the same as when harryoke dropped some hints (Rebug PS4 for example) on Twitter not long ago and then told people to ask evilsperm (of Team Rebug) for any more about it.

Senior Member
Contributor
Finally..Something to get hyped for.

Member
Contributor
@PSXHAX thanx a bunch, ok you granted me your permission to ask so I might as well go all the way

1. So Geohot was like collateral damage except doing the most part of hacking the ps3 or was he used by these in the upper room (no offense, I'm a fan of geohot) and why can't anybody release stuff anonymously it is possible right??

2. Using my humble "common sense" @racer0018 was granted permission to share what was going on so those who granted him permission are willing to release the stuff at some point?? (short term I hope) or are they waiting for a "Geohot-y" figure to rise??

4. As far as I have been following the PS4 scene (from 2 years now just following but when I finally smelt somethin cookin I decided to make an account ) any possibility to run homebrew or backups will be 99% software because I have never heard of a hardware JB for the PS4 (except the poll here) is that right??

5. Something else contradictory I noticed is that @racer0018 has the CFW but he doesn't know if it bricks the ps4 or not wasn't he told??

thanx again psxhax and sorry if my questions were too much

Senior Member
Contributor
So we'll see here 4.05 jailbreak in action is it possible to get hold of update in 4.05?

Any way to delete ghost update? Says that it has been downloaded more whenever I go to play I have to stay squeezing, updating later!

The option boxes are marked not to download or install!
But even so she downloaded and is asking to install!

Senior Member
Contributor
man, wife will kill me if i buy another console. just bought an x360 slim because i got a great deal. told her i will flip it. won't happen .

might just have to store the pro i preordered (sold out here) at work.

1. GeoHot wasn't a patsy by the upper room Devs, he set out to do it himself and with a little help from them he did just that!

2. I wish I knew, but with multiple camps focusing on the PS4 now from scene release groups to twitter devs to insiders here's to hoping someone shares something around the Fail0verflow conference or by New Years.

3. Again, I wish I knew! It sucks being old and not having the freetime to get mixed up in all this scene drama 8-10+ hours a day on iRC like I used to every day.

4. You are correct and thanks for following closely, to this day the hardware camps still drop hints from time to time... so do I think a hardware mod or Re-DRM PS4 dongle will surface from Cobra / TrueBlue / E4 and so on... yes would be my guess.

5. As far as the Racer0018 post goes, I only know what is in it nothing more (haven't PM'd him, got l33t info, etc) so based on his post it sounds like he has the file but hasn't tested it yet because it could brick the PS4 and there is no way to unbrick yet. We're on the same page here, maybe he'll respond if/when he tries it to let us all know how his testing went or make a video if he's allowed.

Senior Member
Contributor
You did it !!!