Proceeding several revisions of PS4 Offsets for payloads, the OpenOrbis Team have now made available a MiraFW Project Mira v1.0 Developers Release for scene devs to check out!

This comes following both the initial Mira PS4 CFW news with a Milestones page now live and @SpecterDev's announcement that a 5.05 PS4 Jailbreak is also in the works by PlayStation 4 developers.

From the updated README.md, to quote: The Mira Project

The Mira Project is a set of tools that grants you more power and control over your jailbroken Playstation 4. It is the result of all the hard work by the OpenOrbis team.

It works differently to the custom firmware experience on Playstation 3, where CFW would be installed on the system via modified PUP files (e.g. Rebug), however once the framework is installed and ran it gives users the same functionality they were previously used to.

Formerly known as MiraHEN, this has now been developed into a full custom firmware. Thanks to everyone who helped Mira reach a 1.0 beta goal (May 20, 2018). There will be updated goals placed within the GitHub issue tracker so the community can follow the internal progress, contribute and help provide the best platform possible for users.

This is the communications library that will be specialized for operation with the Mira firmware.

Community driven store and application that will allow you to download new plugins, payloads, tweaks, trainers from a trusted centralized source without ever leaving the comfort of your console.

A simple Android application to send payloads to your PS4.

The Mira Project offers two types of plugins: built-in plugins and external plugins. Default plugins are embedded inside Mira firmware and include file transfer, a log server and a debugger. External plugins can be loaded from internal/external HDD, for example PS4 Linux Loader.

A simple plugin that lets you run the Linux kernel from a remote device without webkit.

The users guide can be found at USERS.md. This guide should be followed if you require instructions on how to build, install and use the firmware once it is installed on the console.

This user guide will help you build, install and use the Mira Framework on your Playstation 4 console.

You can install Mira firmware via several methods. You should choose the method that works best for you. Typically, this will be via a webkit exploit in the web browser.

This involves using a webkit userland exploit to elevate the kernel to install MiraCFW. The changes will be lost upon reboot, but should survive sleep mode.

There is no permanent install option at this time, nor will one be offered in the near future.

In order to install Mira you will need a few things...
Start by downloading the latest release of Mira from the github Releases page. If there are no current releases for your current firmware, then you will need to compile the payloads from source code. If this is the case, refer to the developers documentation.
WSL / Linux

After the payload has either been downloaded from the Releases page on github, or compiled from source. You can send the payload to a console at "waiting for payloads" by using the following command.

Code:
Provided you are using the default build paths of Mira.

Currently there are no tools provided by the Mira-Project that will send payloads to the console. You may use your favorite tool for sending TCP payloads and it should work the same.

Once Mira has been installed, it will automatically self-elevate, and check by default in the /user/mira folder for config.ini which contains the rest of the configuration for Mira. It will load plugins from the /user/mira/plugins directory and initialize them.

Once Mira has been installed, there will be a notification prompting you to which ports have been opened on the device. You can now read the kernel log by connecting to the IP address if your PS4 on port 9998, and access the RPC interface on the console via 9999.

Currently there is no application or tools that support using MiraLib, there will be tools avaiable in the future.

To send payloads from your Android device without webkit, you can follow these instructions.

Mira supports 2 types of plugins which both use the same framework.
All external plugins must be copied over via FTP to the /user/mira/plugins directory in order for the plugin to be loaded on startup. External plugins have a specific linker format that they must follow, meanwhile internal or integrated plugins can just call the initialization routine directly.

You will need VS2017, with Linux plugin and WSL (Ubuntu on Windows) or a physical Linux machine or Linux VM to be able to build the project. You may find the documentation for developers at DEVELOPERS.md

To quote from DEVELOPERS.md: Developers Guide

At first glance, it may seem like the Mira-Project is very complicated, but once you understand the basic layout it is very clear and simple.
Setting up the development environment

In order to build Mira, you will need either a Windows machine with Visual Studio 2017, the C++ for Linux plugin and Windows Subsystem for Linux (highly reccomended), or a linux-based machine or VM with build-essentials (gcc, clang, etc).

This is the most recommended way to develop for Mira. Since Mira is developed using Unix Makefiles, there is a direct compatibility with the Windows and Linux development environments.
Linux Setup

No matter if you are using Windows or Linux, these commands will be the same.
Building the project

Special Thanks and Friends

We want to give a special shout out to these people in no particular order.
Thank you to everyone, this is the initial release of Mira for all future developments to continue off of. This was the surprise coming today May 20, 2018 and thank you for all of the contributions!

This should be considered a test release for developers only. 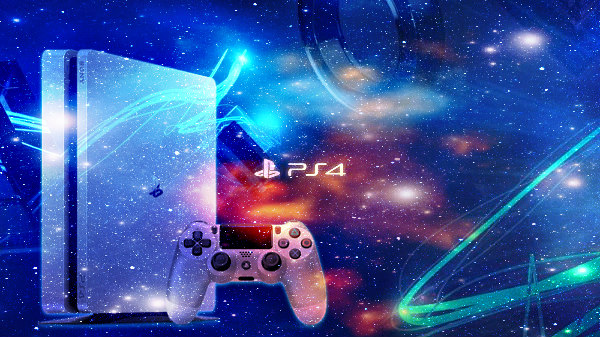 Developer
Senior Member
Contributor
Verified
this is gonna be super useful, thanks for the posted info

Senior Member
Contributor
Verified
LMAO.. after all the patience.. this is the cfw?

Member
Contributor
Verified
another great joy ... thanks and thanks to all the developers