And from the included Readme.txt: 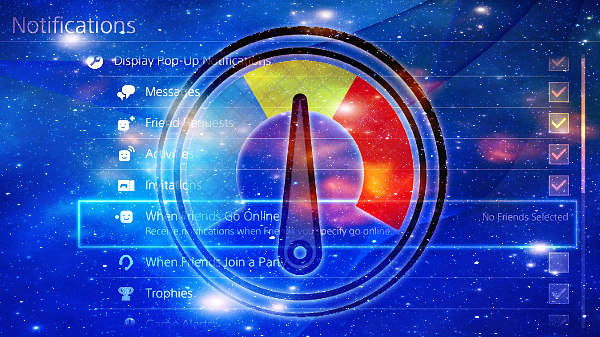 Member
Contributor
Verified
wow, this will be nice to have

Senior Member
Contributor
Verified
Ps4 temperature is work like a charm on my ps4 fat... thank you so much for you all...

Member
Contributor
Verified
Works wonderfully for temperature monitoring. Most games refused to run with Mira, so I couldn't do good comparison tests.

Apparently the Original PS4 has a way too loose fan curve. It reached 82 C and didn't even kick the fan into high gear (this was after modifying the case for better airflow. Setting it to Max fan speed sent it into a cool 50 C during a game.

My slim on the other hand, followed its builtin curve and hit it fairly often. Targeting 65 C was a good compromise between cool and noise.
You must log in or register to reply here.
Share:
Facebook Twitter Reddit Email Link
Recent Articles
PS4-to-PS5 Free Digital Game Upgrades Maintain Both Separate Versions
For those curious how free digital PS4-to-PS5 Game Upgrades will be handled such as in Scarlet Nexus, Sony's PlayStation Support confirmed when asked by bigpapijugg that both versions will be...
PS5 Fan to Receive Optimization Software Updates Confirms Sony VP
Similar to many of Sony's other consoles, the PlayStation 5 will indubitably receive PS5 Firmware Updates, DualSense PS5 Wireless Controller Software Updates (now appearing at retailers including...
WWE 2K19 PS4 Mod Ports and Modding Tutorial by Tekken57
These are mods which I have sculpted and created for the steam version of the game and have now ported to the PS4 version of the game. The video clips are recorded on the PS4. WWE 2k mods by...
PS4 6.72 Exploit Menu Updates by Leeful74, PlayStation Bounty by TheFloW
Following his PS4 6.72 Jailbreak Exploit Menu & PS-Phwoar! Host Menu Demo, PlayStation 4 homebrew developer @Leeful (Leeful74 on Twitter) recently shared some new PS4 6.72 Exploit Menu Updates...