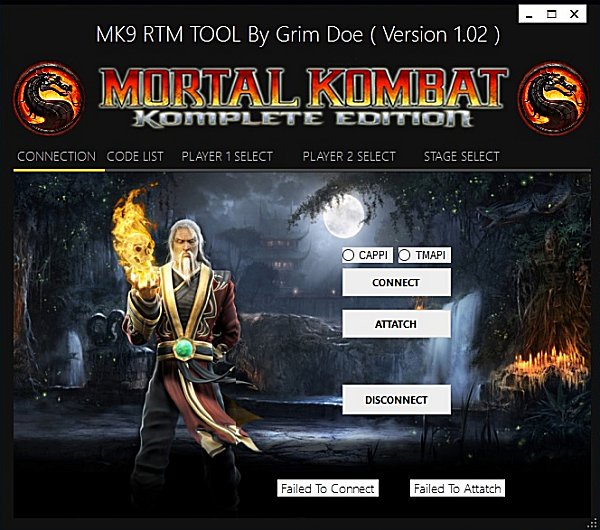 Also when there is further info on what works on the latest game (patch 1.07) I'll update the Tool as soon as I locate the new areas within 1.07.

All of any of My RTM Tools go by the Games Patches.

How to Select your NPC Fighter
(MK9 KE (1.07) Patch Working List)
And All Of the Stages Work
Thanks to everyone within The Mortal Kombat Community and to all of the Great Supporters 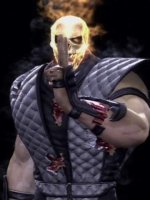 PSXHAX said:
however you or Senaxx tries to cash in on the outdated idea.
Click to expand...

Don't know what the f*ck that is supposed to mean, i make no damn money from my own site or from Senaxx's which i have nothing to do with.

You acting all high and might there Mr Hypocrite, with your crappy charging people money for V.I.P just to get access to the download section on PS3News, who the hell are you to talk to me about 'cashing in', unlike you i am as clean as a f*cking whistle, i have never stolen from anyone or scammed anyone like you, i have never been associated with con artists like you, you have nothing on me and you never will, because i refuse to associate myself with any scumbags, i always have refused it and i always will.

Staff Member
Moderator
Verified
Considering I actually invest 8+ hours a day, 365 days a year (far more than any other scene site Admin) helping everyone here $5 for VIP is a reasonable option for those who wish to give something back for my time compared to scumbags like @STLcardsWS who spends only a few hours a week copying and pasting Wololo's Vita news while dodging all his Amazon affiliate links, GaryOPA who peddles Re-DRM dongles on unsuspecting sceners or modrobert who sells out scene file archives for $99+ a pop!

Clean as a whistle? You're knowingly promoting malicious brickware among countless other devious activities

You worked with backup stealing stuff from other sites and devs, ripping credits out, holding contests for PS3 console prizes that never existed awarding them to fake winners all to generate members on PS3Hax... for starters.

We've gone off-topic from the MK9 RTM though, so I'll be closing it shortly due to too much drama on the thread!

Senior Member
Contributor
You are a liar, i was not part of PS3HaX when backup did that crappy fake contest thing for the PS3 that never existed.
Any competition i did, i had legit prizes and legit winners and i have the receipts to prove it.

Oh and the only stealing that happened, was when you stole my news from PS3HaX and posted it on your crappy PS3News website.

So yeah i am clean as a whistle, which is why all you can do is make up lies.

Staff Member
Moderator
Verified
LMAO... I'll let you win just to shut you up, but always remember you stole @CJPC's PS3 FTP app (the first PS3 homebrew ever!) and removed the credits on PS3Hax.

Believe it or not, I actually have better things to do than go back and forth about who's a bigger liar, who's cleaner than a whistle, and who's memory is worse

On that note, this thread is now closed.