And from Fraoula Game Designer Vladimir Stanarevic, to quote: "Neon Drive is a journey back into the 1980s – a time when people still wrote letters, and when they thought — as Douglas Adams put it — that “digital watches were a pretty neat idea.” To be fair, back then we were secretly expecting to have robot coworkers and drive flying cars by the year 2000. 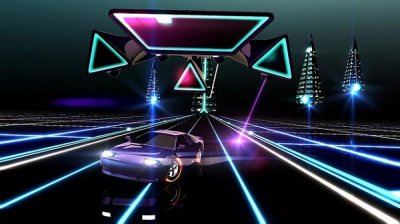 The 1980s were also a time of the first computer music — digital synthesizers were all the rage. Computers made simple games possible, and game designers started exploring new genres such as racing, lane dodgers, top-down shooters, side-scrollers, and platformers. But back then the equipment was not cheap — you had to go to the arcades to play the best looking games, which were often so challenging that you had to spend dozens upon dozens of coins just to complete a single level.

Neon Drive takes all this and blends it into a nostalgic love letter to the ’80s. With a couple of exceptions, though: you won’t have to go to the arcades every time you want to play, and neither will it cost you an arm and a leg. Au contraire, once you purchase the game, you’ll have all the time in the world to finish it. 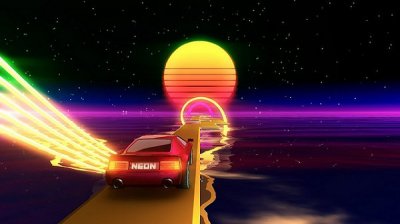 Neon Drive brings you eight levels, each with a unique theme and a surprising twist in the gameplay. Using a two-button control scheme, you’ll have to make your car avoid oncoming obstacles, timing your moves to the rhythm and melody of an awesome custom-made synthwave soundtrack, composed and produced by Gustav Eriksson Pengus. You’ll even get a complimentary dynamic Theme for free!

Now I suggest that you simply take a deep breath and relax. It will help you sharpen your senses and prepare you for a battle with your own reflexes that you won’t soon forget." 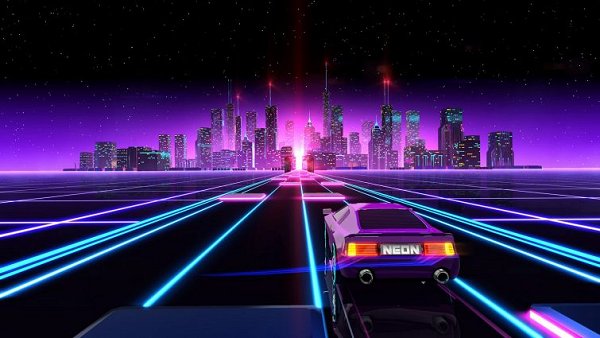 Staff Member
Moderator
Verified
Wow, it looks like that have a Tetris-style level included too!

Senior Member
Contributor
thats how we use to play games in the 80s, kids, that kind of brain training prepared us to build the modern world...