Below are the details straight from Game Director Jeff Ross, to quote:

I'm excited to announce that Days Gone will be releasing its New Game Plus mode. This has been the most requested fan feature since we launched back in April, and it will be available on September 13 through a downloadable update.

New Game Plus can be started from any save game where the “I’m Never Giving Up” storyline has been completed. You can play NG+ on any difficulty level; Easy, Normal, Hard, Survival, or try it in one of our two new difficulty modes: Hard II and Survival II, regardless of the previous difficulty mode. These new difficulty modes are not specific to NG+ and can be experienced by brand-new players as well.

Perks from patches earned in challenges continue to carry over to the main game, but now they can be used in NG+ and all difficulty modes. So if you haven’t started any of the Challenge modes yet, I highly recommend going for gold in each challenge in order to maximize your gameplay perks before NG+ releases.

In addition, we have a few new trophies available to earn in NG+, Hard II and Survival II modes. Including one related to a mysterious new weapon from an agent that only operates in the shadows.

This is the perfect opportunity to return to the Pacific Northwest and replay your favorite horde encounters, take on ambush camps, and clear infestation zones with your expanded arsenal. But remember, this is Days Gone where the world comes for you — constantly.

New Game Plus isn’t the only news we have about Days Gone today; Mondo has created a vinyl of the Days Gone soundtrack. Featuring 25 unique tracks from the game — including 20 by composer Nathan Whitehead — the soundtrack is pressed on 180 gram colored vinyl discs. The soundtrack will be available for pre-order beginning September 11 on their website. 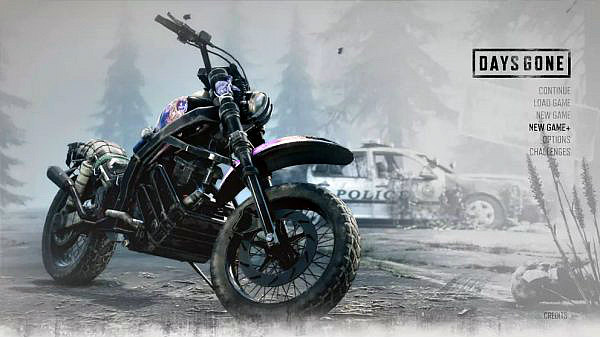 Member
Contributor
Not so great of a game in my opinion.
You must log in or register to reply here.
Share:
Facebook Twitter Reddit Email Link
Recent Articles
PlayStation Plus Free Games in March 2020 for PS Plus Members
Headlining the free PlayStation Plus games in March are Shadow of the Colossus and Sonic Forces for PS Plus members, with a weekend trial of the intense asymmetrical multiplayer experience...
PS4 Firmware / System Software 7.50 Beta Program Update Arrives
Those that joined Sony's PlayStation 4 System Software Beta Trial who received their Beta Firmware Invites to be Preview Program PUP Testers and check out multiple revisions of PS4 BETA PUPs can...
ThemeDumperFTP: PS4 Retail Theme PKG Dumper via FTP by OfficialAhmed
Following his ProfileIt PS4 Tool release, the PS4 Theme Dumping Guide and countless PS4 Theme PKGs currently accessible PlayStation 4 developer OfficialAhmed made available ThemeDumperFTP which is...
PS4 Offline Account Activator GUI by Charlyzard (Barthen)
Earlier this month PlayStation 4 scene developer charlyzard released a PS4OfflineAccountActivator and now he's made available via Twitter a PS4 Offline Account Activator GUI for those like me who...