FIFA 22 Be The Next Generation PS5 Trailer

Embark on an epic journey of self-discovery while pondering the nature of life itself!

A vast and mysterious world lies before you, one that hides the truth of your existence and echoes the memory of past lives. As the tenth game created by Tonguç Bodur, Drizzlepath: Deja Vu is a reimagining of his first creation, a standalone experience accessible by any kind of player.

In Drizzlepath: Deja Vu, you’ll take the role of a nameless man climbing towards a mountaintop in search of answers. Witness events as you explore, each gradually adding to the larger existential narrative.

Ponder the enigmatic and cyclical nature of memory through abstract storytelling and beautifully detailed environments, punctuated by ominous imagery that’s more mysterious than it is frightening, a beacon to guide you forward. Drizzlepath: Deja Vu launches this week for PS4 and PS5.

Become the ultimate superstar in Let's Sing! Are you ready to take on the perfect mix of 30 new chart breakers and all-time classics and rock the stage?

Lady Gaga with “Stupid Love”, Shawn Mendes & Justin Bieber with “Monster”, Ariana Grande with “Positions”, Billie Eilish with “everything I wanted” or Backstreet Boys with “Everybody (Backstreet’s Back)” are just some of the smash hits featured in the latest entry into the Let’s Sing series.

Sing alone or grab your friends for a battle of the voices in both online and offline game modes to determine - once and for all - who is the best singer around. Experience the Let's Party mode with up to eight singers or climb to the top of the worldwide online leaderboards.

More songs are waiting in the in-game store. Sing your heart out!

Spend this Holiday season with AiAi and your favorite monkey gang!

Grab a roasted banana and curl up fireside with the ultimate Super Monkey Ball adventure – Available Now on PS4 and PS5! Roll through wondrous worlds, including over 300 levels and mazes and 12 delightful Party Games, in this faithful remake of the original beloved Super Monkey Ball games.

Over 300 levels and mazes, 12 delightful party games, and a charming cast of characters – including special guests Sonic & Tails! – make their return to the world of Super Monkey Ball just in time for the holidays. Super Monkey Ball Banana Mania is available now on PlayStation 4 and PlayStation 5!

There's no excuse not to keep your MyPLAYER looking fresh in NBA 2K22. Whether you're roaming the decks of Cancha Del Mar or running the streets of The City, do it in style with the latest brands, including Just Don, Union LA, Market and more.

The FREE New Horizon Update is here and includes significant improvements and new content for Outriders!

Play Spider-Man throughout the Avengers Initiative when he swings in to Marvel's Avengers on November 30 for PS4 and PS5!

Martha Is Dead is a first-person psychological thriller, set in 1944 Italy - coming to PlayStation 4 & PlayStation 5 on 24th February, 2022.

Uncover a dark multi-layered narrative which blurs the lines between reality, superstition and the tragedy of war, explore a stunning recreation of the Italian countryside and take photographs as you look for clues to discover the truth about what happened to Martha!

Do you want to make your roster cooler and stylish? Now you can! The Hot Wheels Cadillac Seville by Gucci is now officially part of Hot Wheels Unleashed. Find it in your collection Today!

With the tyrannical Greenwart now defeated, King Redgi’s vast lands chime with celebration. But the recently crowned saviour isn’t free to rest easy on his throne just yet. As decreed by an ancient Rat tradition, the new King must prove his worth... in a deadly trial of combat.

Defeat the most lethal warriors from across the land to claim the key to the old King’s room. But what heinous secret lurks within? Your tail continues...

Drive through the winding and dusty mountain roads, sometimes on the cliff edges of the 2021 Acropolis Rally, or relive 5 new Historical Events including Richard Burns' victory on the 2000 Safari Rally Kenya in his Subaru Impreza WRC.

Space Elite Force 2 in 1 brings two games from the series S.E.F that are inspired by the classic Arcade games, both are fast, addictive and retro shoot ’em up!

In Space Elite Force I you can play a wide variety of stages, guns, enemies and a lot of improvements to your ship.

Have fun in insane battles, facing epic bosses and unlocking a wide variety of achievements in one of three game modes; Normal Mode, Arcade Mode and Boss Rush mode.

In Space Elite Force II you can play alone or with a friend in local cooperative mode and do all the content from the previous one and a lot more in this intense, depth, and beautiful handcrafted pixel classic side-shooting game.

The world is different at night. Take on the role of a tiny robot and embark on an adventure to illuminate a darkened planet.

Learn the tricks around the incredibly unique mechanic of manipulating light and shadow to change the surrounding environment, solve intricate puzzles, and ultimately collect shards to resurrect a fallen star.

Collect crystals to activate different tools & light sources, pierce the darkness and be a beacon of light as you solve increasingly difficult puzzles in the stylized world of Night Lights. 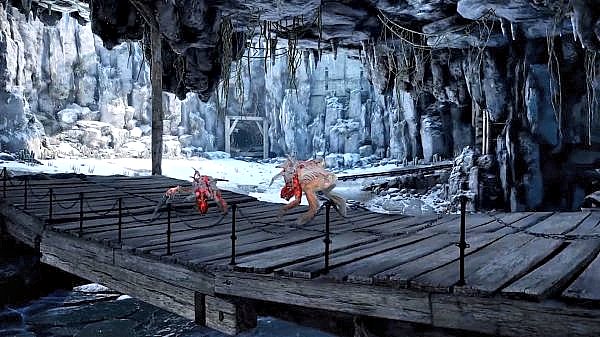 Senior Member
Contributor
Verified
One of the thumbnail gave me a "Kratos" vibe.
Strange.