Batman Zero, the man behind the myth, has arrived in the Fortnite Item Shop.

Necromunda: Hired Gun, the fast-paced FPS by the small, passionate team at Streum On Studio, hits PlayStation 5 and PlayStation 4 on June 1st. Welcome to the gritty, violent hive city of Necromunda, a place where anything goes - for the right price.

As a bounty hunter in this utopia of violence, get ready to use the many tools in your deadly arsenal to see through each contract. Watch today’s new Gameplay Overview Trailer for a deep dive into Hired Gun’s various zones, weapons and perks, cyber-augmented Mastiff included! Pick your contracts, hunt your targets, reap the rewards.

Prepare for the Season of Pride and the second act of HITMAN 3's Seven Deadly Sins DLC on May 10th! Go deep into the mind of Agent 47 and get your hands on new sin-themed weapons, a shiny new suit and a new Escalation in Chongqing.

Destruction AllStars Hotshots is OUT NOW. Play as the newest AllStar, Alba and score tons of seasonal swag with the AllStar Pass. Earn over 100 unique items including Destruction Points, Epic & Heroic skins and emotes.

Battle through Daily and Weekly Challenges to earn unique rewards like Apex Packs, XP Boosts, and skins. Outfox your opponents as Crafty Kitsune Rampart when you hit level 25. Get in their heads with the Legendary Demon’s Whisper Wraith skin at level 50.

Make it to level 100 and you’ll unlock the Legendary Reactive Bound in Bone Devotion. And there’s plenty of other exciting rewards along the way: Music Packs, Loading Screens, Skydive Emotes, Quips and more! Leave a lasting impression with the Legacy Battle Pass.

Temtem's newest major feature, the Mythic Lair, allows up to 5 players to work together to capture the game's first legendary Tem! Do you dare accept the challenge? Play Temtem Today on PS5.

Sunchaser Servant and Sunchaser Shaman, two chess pieces from Rihno race are available soon on May 24!

Hood: Outlaws & Legends is playable on May 7! Watch the blood-pumping We are Legends trailer now.

Hood: Outlaws and Legends, the multiplayer PvPvE heist game from Sumo Digital and Focus Home Interactive is playable in a few hours on May 7th for all pre-order players, in anticipation of its official release on May 10th! Watch the blood-pumping “We are Legends” trailer and join the celebration!

Matchmaking in opposing teams of four, choose your character based on your preferred playstyle, or what best fits your team’s strategy - cooperation is key for victory in Hood’s nail-biting heists. Watch today’s “We are Legends” trailer and join the action with your gang of outlaws! Play together and ascend from Outlaws to Legends.

We're excited to reveal the first gameplay trailer for RiMS Racing! Experience the thrill of a +200hp motorbike as you navigate world-famous circuits and spectacular road races. Customise your machine with over 500 fully licensed components.

Apply your expertise on the fly with the Motorbike Status Check (MSC) - a real-time analysis of the motorbike's status and performance. All of this comes together to provide a thrilling and rewarding motorbike simulation experience!

Fight for FUR-vival! Super Animal Royale is a 2D top-down Battle Royale coming later this year on PS5 and PS4. Collect, loot, and shoot your way to the top of the food chain!

Recruit, equip, and fight with your Companion at your side almost anywhere from Tamriel to Oblivion. Develop your relationships, level-up your allies, and unlock unique quests and rewards with these new allies.

Pre-purchase The Elder Scrolls Online Collection: Blackwood now to begin your adventure immediately in the Base Game or previous Chapters, gain instant access to the Nagahide Welwa Ravager mount, and receive additional bonus items at launch. Coming June 8 for PlayStation 4, and PlayStation 5.

Rise of the Slime is a roguelite like no other, mixing deep and tactical deck builder gameplay with the chill vibes of a side-scrolling adventure.

Eating trash can toona, what’s the worst that could happen? Meowscles has been toon’d up and has found himself in the Toon World!

Inspired by arcade classics, players will have to hunt for weapon power-ups and upgrades while dodging enemy fire, blasting interdimensional bugs, and wrangling some enormous boss monsters.

Simple to learn as you fight your way through the branching story-driven campaign, but tough to master as you chase the glory of the leaderboards.

Pack your bags for a trip back to the world of survival horror with Resident Evil Village, out now on PlayStation 5 and PlayStation 4!

It's time to go Full Throttle in MyTEAM! The race is on in Season 7: Full Throttle. Compete in new Seasons Agendas & Challenges to pick up DM Vince Carter at the Level 40 finish line. Plus we're celebrating Hall of Fame Season and more...

All players may try out closed beta for free from May 7th to May 11th. To get permanent beta access, you may purchase Enlisted - Battle of Berlin bundle in the PlayStation Store.

Outbreak: Endless Nightmares, co-op retro survival horror roguelike, is coming to PS5 and PS4! Experience the nightmare through a fixed camera, over the shoulder or first person view as you try to survive the outbreak. 4K on PS5!

Get ready for intense precision platforming as you take the role of a rascally racoon named Tucker who possesses a curious ability – teleportation!

Tucker needs your help to find a way home and escape the mysterious robot that won’t get off his tail. Use his claws to climb walls, leap over pitfalls and spikes, teleport through barriers and more across 50 handcrafted levels.

Tucker may be cute, but the challenges he faces aren’t for the faint of heart. These thrilling stages will challenge even the most advanced platforming aficionados! The controls are easy to learn but tough to master.

With each failure, you’ll learn from previous mistakes and quickly respawn back into action. Do you have the stripes to get Tucker through it all alive? Rift Racoon is available this week for PS5 & PS4. 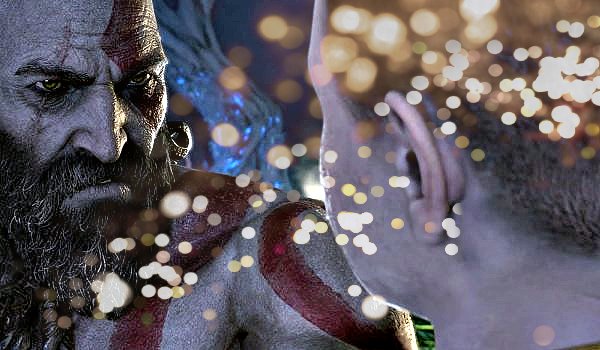