Horizon Call of the Mountain, created for PlayStation’s Next-Gen VR hardware, is an upcoming brand-new adventure in the world of Horizon.

Embrace a new level of immersion in an unique experience, designed to push hardware technology, innovation, and gameplay. Developed by Guerrilla and Firesprite.

Where light can barely reach, a treacherous foe lies in wait in the shadows. In a realm void of sunlight, the remaining kindlings still burn. And where the sun shines, people's hopes spring eternal.

These heartfelt wishes sparkle as bright as fireworks blooming in the sky.

Get ready to explore new lands, uncover new dangers, and experience all-new stories in the ever-growing world of The Elder Scrolls Online!

Fight destiny through the darkness that lurks in history in a fantasy RPG!

Kline, a novice High Beast Knight is sent on reconnaissance into Laft, the Earth-Depths, where he comes across Alia, a Battle Maiden who has suffered terrible injuries and is close to death. In order to help her, he forms a partnership with the God of Death, Rooselevy. Alia lives, but in return the young knight must give up his life...

In a world on the brink of war, the newly acquainted duo must fight destiny itself in order to save the world from the ever creeping darkness that is threatening to consume everything, and once and for all restore the balance of the world.

Featuring 40 hours of unique gameplay, a rich storyline mixed with a large variety of characters and enemies, as well as many more intriguing features such as powerful meteorites that grow with the character, animated turn-based battles, a large quantity of side quests, material collection, weapon crafting, and beautiful pixel artwork, Justice Chronicles really captures the essence of a true Role Playing Game!

RISE ABOVE OUR RUIN. The inhabitants of the world of Horizon are divided into tribes, each of which has its own history and traditions. As Aloy travels to the Forbidden West, she will encounter even more compelling characters...

In this special short, learn more about the rich and authentic tribal cultures Aloy finds in Horizon Forbidden West.

Animated trailer for the new Dead Cells: The Queen and the Sea DLC.

Dr. Elena “Mira” Alvarez, director of REACT R&D, leads the team gathering critical information on the evolving Archaean threat. Every enemy has its own capabilities and mutations.

Learn, adapt, and work together to survive. Rainbow Six Extraction is coming January 20, 2022. Pre-Order Now. Friends Play Free for up to 14 days with Buddy Pass.

Supercross 5 is on its way, and now available for pre-order. Be the first to cross the finish line!

Set sail for a new journey in FAR: Changing Tides, coming to PlayStation 4 and PlayStation 5 on March 1st.

Embark on an unforgettable journey as Toe, a boy stranded alone in a flooded, post-apocalyptic world. Traverse this beautifully-realised landscape at the helm of a unique ship that will be your constant companion both above and below the waves. Solve puzzles, overcome the elements and dive to unknown depths in your search for a new home.

Invaders arrived. Started taking over the world, transforming it. Pre-order now and stop them before it's too late!

Enter a chilling dreamworld of whimsy and horror as you experience the story of a young child escaping his harsh reality and entering a nightmare. Players will solve puzzles as they engage in a dangerous cat-and-mouse game with the horrors that seek to trap you in the nightmare.

Welcome to Forever Skies! You are alone scientist returning to Earth long after a global ecological catastrophe destroyed the planet. Above the toxic clouds are the remnants of humanity's last stand. Build, expand and control a high-tech airship that will act as your transport, shelter, laboratory and workshop for researching mysterious substances and crafting tools for survival.

Scavenge, find ways of obtaining food and resources, and explore the ruins above and below the dust layer which now shrouds the Earth’s surface. Why is the dust there? What is it exactly? And perhaps more importantly, what lies beneath it? Coming to PlayStation 5!

A twisted wonderland of corruption and splendor, Savathun’s Throne World plays host to a fragile balance of terrifying power. From the foundation of her glistening palace to the gnarled roots in the swamp, all that she hides can be found here. Seek the truth and learn that in this place, mystery makes its home in both the Darkness and the Light.

Enter the twisted psyche of Pagan Min, the ruthless dictator from Far Cry 4. Experience the world through Pagan's eyes, uncover new insights about his past, and unlock rewards that carry over into Far Cry 6's main campaign.

Invite a friend to play the DLC with you in co-op with Buddy Pass, even if your friend does not own the DLC. Pagan: Control is available now. 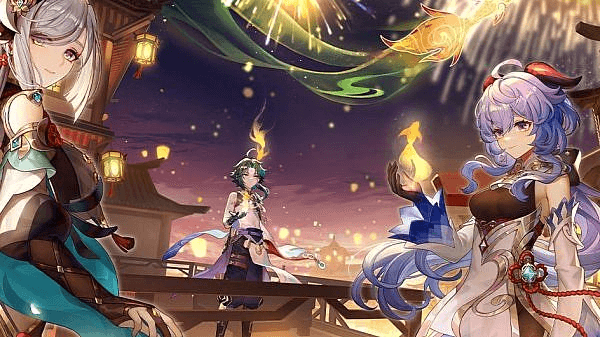 Member
Contributor
I am waiting for Far Cry 6.