Since the last batch of videos, here's a new round of PlayStation 5 gameplay trailers to check out for those in the PS5 Scene spotlighting Stranger of Paradise: Final Fantasy Origin which arrives on March 18th, 2022.

The Japanese just love their famous German-inspired Baumkuchen cakes, and hungry invaders from across the universe have discovered these delicious treats too!

Are you up to the challenge of protecting the precious desserts from waves of alien attacks? The hungry invaders are approaching one after another, wanting the all-important Baumkuchen Cake carried by your spaceship for themselves.

A hungry volcano god demands sacrifice! Fight, cook and survive in Cannibal Cuisine. Out now on PlayStation 4 and PlayStation 5!

With 1-4 player solo, co-op and versus modes, use your magical powers and arcade fighting & cooking skills to satisfy the hunger of volcano god Hoochooboo!

Tome 10: SAW is now open within The Archives, revealing three new stories from the world of Dead by Daylight – including never-before-seen pages from the Book of SAW.

A twisted student of Jigsaw finds herself tempted by a dark epiphany. A determined detective faces the choice of a lifetime. The Observer becomes the observed as malevolent forces converge. A Tome as brutal and unforgiving as The Pig’s Reverse Bear Trap is yours to uncover – do you want to play a game?

Witness the Auris, a device capable of peering into the memories of those who have entered the Fog. Through it, the mysterious Observer grants players access to a new series of challenges to complete, designed to help piece together these memories as well as his role within the Entity’s Realm.

Dead by Daylight is a multiplayer action horror game where one player takes on the role of a brutal Killer and the other four play as Survivors. As a Killer your goal is to sacrifice as many Survivors as possible. As Survivors your goal is to work together to evade, escape, and most importantly – stay alive.

The time is nigh. Tenochtitlan's fate is in your hands! Be ready to face off against the fearsome deities of the past and fulfill your destiny when Aztech Forgotten Gods launches on March 10, 2022 for PlayStation 5 and PlayStation 4!

Some things are best left forgotten.

Dive into the mysterious world of MONARK with this playable demo! Command your Fiends in battle, explore the mist-filled Otherworld, and challenge the Pactbearers. Will you overcome the odds, as well as your madness?

Pre-order the Digital Deluxe version to receive a Digital Artbook, Digital mini Soundtrack, Season Pass, and all the additional bonuses.

Prepare for the battles ahead with an in-depth look at combat abilities, job classes, multiplayer, and more.

Lab42 Games and Paradox Interactive are very happy to bring Crusader Kings III, one of the world’s most popular PC strategy games to the PlayStation 5. You will be able to build your own royal dynasty on PlayStation starting March 29, 2022.

Get lost in The City and define yourself in a world made for creators. Anyone, Anywhere can have a ball in NBA 2K22.

No one can give up on you but you!

Baiken, the Unfaltering Awakened Samurai, will be available on January 28th for GuiltyGearStrive.

Prague, July 1945. An artist has made a deal with the devil and he is now trapped inside one of his canvases. He has to find the way back to the real world or his soul will be stuck forever in the painting.

You find yourself on an evolving island. As you investigate your surroundings, the island will start to change. The appearance of a ship, the rise of a lighthouse, each mystery you uncover and puzzle you solve will unfold new wonders and unveil new places to explore.

But be forewarned, the scene you find yourself in, this breathtaking land of paint and oil is not always as straightforward as it appears. This intriguing world within the canvas holds more mysteries than even the artist intended.

Take to the pitch and get ready for kick-off, Rugby 22 is out now!

Lose yourself in the feel of the road beneath you in Gran Turismo 7 with DualSense Adaptive Triggers, 3D audio, and stunning visuals through the power of PS5.

Class will soon be in session... Two Point Campus is coming on May 17th! Enroll today!

The soothing greyscale pixel art and enchanting music of The Longest Road on Earth will be landing today! This title tells everyday stories which focus on the beauty of the mundane found in the world around us though four wordless chapters.

The meaning behind each story is completely open to personal interpretation. With minimal controls and no fail state, anyone can pick up this game and instantly get lost in the artwork and the over 20 original tracks created specifically for each scene.

Kao The Kangaroo hops onto PlayStation this Summer!

This action packed 3D platformer is set in a vibrant world filled with challenging enemies and adventure! Kao will use his magic boxing gloves to punch a path through his adversaries, jabbing his way through the obstacles ahead as he pummels his way to glory. Kao the Kangaroo will feature:
Kao the Kangaroo will launch digitally and physically on PS5 and PS4 this summer.

Venture to distant High Isle, a part of Tamriel never-before-seen in the Elder Scrolls. Explore the Bretons' idyllic ocean enclave and seat of chivalric culture, confront the ruinous forces of the Ascendant Lord, gather new Companions and allies, and play a hand of Tales of Tribute, a brand-new card game. Part of the Legacy of the Bretons year-long adventure, High Isle continues the tale of honor and political upheaval set within the stunning Systres Archipelago.

We can get through this... but only together. The Friend's Pass returns and is now available for Man of Medan, Little Hope and House of Ashes. Tag the friend whose survival skills will be put to the test!


Sifu Behind The Scenes: The Sound of Sifu PS5 Trailer

To compose the original soundtrack of Sifu, we chose to work with Howie Lee, Beijing-based electronic music composer, for his very first collaboration on a video game.

We felt that his use of traditional Chinese music inspirations along with more contemporary electronic elements would be a perfect fit for Sifu. Take a peek into our work on the music and the Sound of Sifu.

Your moment has come! -get your spy gear ready and ride to victory in FastFuriousSpyRacers RiseOfSH1FT3R!

Fantasy combines with cruel reality in one man’s journey to learn the truth surrounding his derelict hometown!

The Dead Tree of Ranchiuna is an immersive experience that explores how unfair society can be, both in a direct and realistic manner and with the power of fantasy elements, symbolism and abstract storytelling.

The Dead Tree of Ranchiuna launches February 2nd for PS4 and PS5.

In MLB The Show 22 you play your game - just like our new cover athlete and once in a generation talent, Shohei Ohtani. We've been waiting 100 years. The year of Shohei starts now.

Shadow Warrior 3, a stunning new entry in the global best-selling franchise, will launch its barrage of over-the-top weapons and offbeat humor on March 1st.

New World of Warships: Legends update is here: Italian battleships in Early Access, Azur Lane collaboration, brand new campaign, and much more! Check out the video to learn the details.

In this new cinematic of War Hospital, you face the harsh reality of war, where every choice is a dramatic dilemma. In his noble mission as a doctor, he must choose the best way to treat the war wounds of the soldiers, by managing the means at his disposal.

Most of these decisions have immediate consequences for the wounded, although he cannot always anticipate the terrible events that mark the daily life of the trenches. Beyond the care of the wounded, you must make difficult decisions that impact the morale of his personnel, the availability of his resources and sometimes even the course of history.

WarHospital is set to launch on the fourth quarter of 2022 on PlayStation 5.

A new weapon archetype begins its journey at the Relic. Once honed to perfection, master your Glaive to perform powerful melee combos, fire projectiles, and deploy a powerful energy shield.

Master the new crafting system and create custom weaponry with unique combinations of mods, shaders, and advanced stat pools. When fighting a god, leave nothing on the table.

Complete this new free mission to unlock the exclusive Vengeance Bow to play in the main game. Join a Rambo superfan against the Yaran military in a blood-soaked rampage of vengeance straight out of an ‘80s action blockbuster, playable solo or in co-op. 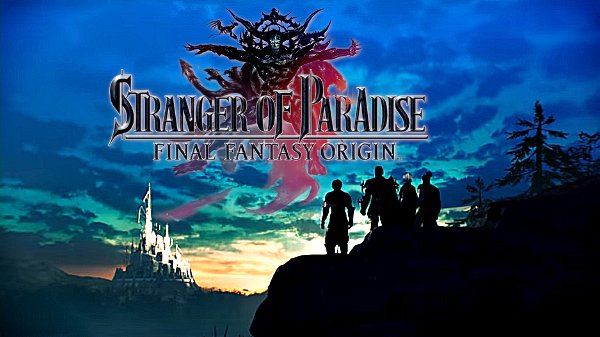 Staff Member
Moderator
Developer
Senior Member
Verified
Kao the kangaroo looks good I see a few other ones that might also be good.

Member
Contributor
Verified
I'm still a bit reticent with the new FF, but I'll give it a try