You're not the only Psionic with Powers in SCARLET NEXUS. Witness the amazing powers and abilities your allies possess. Can you work together to save the world?

From custom gymkhana arenas, to bespoke time trial races, to thrilling treasure hunt events, use a huge suite of objects – from drift zones and jumps, to rings of fire and loop-de-loops – to invent unbelievable and unique Playgrounds.

Browse our database of player-generated designs to constantly find new racing experiences, with Featured areas regularly updated to showcase the very best creations. Playgrounds is included in all versions of DIRT 5, and the creations of players on PS4 being carried over if you switch to PS5!

Watch until the end for a spooky surprise... DIRT 5 launches on October 16 for PlayStation 4, followed later this year by PlayStation 5. Players on PS4 are entitled to a FREE upgrade to the PS5 version, which includes a 120fps mode.

Prepare for the supercharged showdown of towering mechs. Override 2: Super Mech League is coming to PlayStation 5 and PlayStation 4 this December. Learn more here.

Override 2 installs massive upgrades that bring the series’ balance of accessible design and deeply rewarding combat to the next level. This includes a brand-new career mode that lets players fight for the reputation of their club as they pummel their way to the top of Mech Leagues packed with formidable rivals.

Rain destruction on your opponents with a 20-bot roster brimming with charming personality across diverse arenas with game-changing hazards. Play new and returning game modes like Versus, Xenoswarm, King of the Hill, and more!

Ratchet and Clank find themselves at odds with their archnemesis, Dr. Nefarious. Only this time, he’s equipped with the dangerous Dimensionator, a device with the power to travel to other dimensions.

The duo fights their way through an army of hired Goons in Megalopolis until something happens and they are ripped apart. Where are they now?

For the second year in a row you'll be able to put yourself behind the wheels of legendary cars that marked the history of the WRC or from the Manufacturers' Championship. Over 14 of them will be awaiting you in WRC 9!

Strap on your boots, don your helmet, adjust your shoulder guards and chest plate... and slip a sharpened dagger into your belt (it's the rules): the video game of fantasy football, adaptation of the cult board game is back.

Planned for release in early 2021, BLOOD BOWL 3 will be available on PlayStation 5 and PlayStation 4.

Peer into the past, act in the present, and watch as your choices dynamically change the future -- all on one screen as you play!

Beautifully hand-drawn 2D animations bring to life a world where your choices will change both the present and the future across more than 20 hours of gameplay.

Batman is dead. It is now up to the BatmanFamily - Batgirl, Nightwing, RedHood, and Robin - to protect Gotham City, bring hope to its citizens, discipline to its cops, and fear to its criminals.

You must evolve into the new Dark Knight and save Gotham from chaos.

This is a early preview of Quantum Error's gameplay, a cosmic-horror FPS video game currently in development coming to the PS5 an PS4 by TeamKill Media.

Mono and Six have ventured out and have found themselves in new dangers. Will you help guide them to safety?

LittleNightmares II arrives to the PS4, Xbox One, Nintendo Switch, and PC Feb. 11th, 2021. Xbox and PlayStation owners will receive a free next-gen upgrade later in 2021.

Take control of the assassin Aragami once more in a new sequel featuring more stealth action with the help of your clan.

Lince Works developers show you how you'll be able to take down your enemies with the help of some friends using both stealth and direct combat in Aragami 2.

Check out the new Neighborhood - 2K Beach! Soak up the sun and escape to the ocean in a beautiful new setting, surrounded by modern facilities that house SWAG's, The REC, the NBA Store, and much more.

Ascend from high school, to one of 10 official college basketball programs, to the NBA in a brand new, cinematic MyCAREER experience - The Long Shadow. Pre-order NBA 2K21 now.

We hope you enjoyed this batch of Gamescom 2020 PS5 Trailers topping the PlayStation 5 News today, and let us know which you liked most (or least) on the PS5 Forums in the comments below. 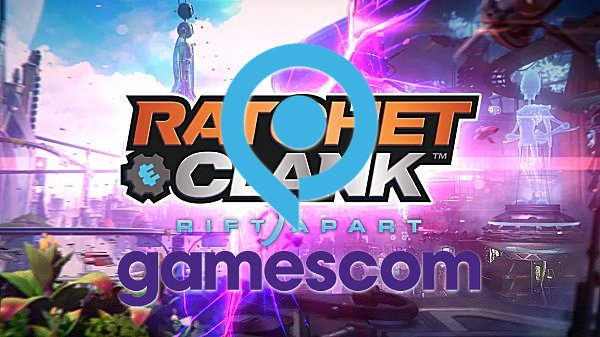 Member
Contributor
Verified
Ratchet and clank is always a good time. It's going to look amazing

Senior Member
Contributor
Verified
Haven't played r&c in a long time. I can tell this one is going to be amazing though. Definitely picking it up.

Member
Contributor
Verified
It looks all so "meh"
You must log in or register to reply here.
Share:
Facebook Twitter Reddit Email Link
Recent Articles
PS4 Firmware 6.72 Payload Converter BIN2JS / JS2BIN by Storm21CH
Proceeding the Tutorial on Setting Up Payload.bin for PS4, Building PS4 Payloads Guide, the previous BIN2JS Tutorial to Convert PS4 Payload.bin to Payload.js Files and Adding Custom Payloads to...
PS5 PKGs Surface: Include Share Factory Studio for Scene Devs to Examine!
Following the recent PS5 UI / UX Unveiling and PS5 XML List updates we now have reports of the first PS5 PKGs surfacing, including a Share Factory Studio PS5 Package for PlayStation 5 Scene...
PS5 Unboxing Videos and PlayStation 5 Games Live on Sony's Servers!
As predicted a few days ago, many are bypassing the October 30th release date for PS5 accessories and mainstream media is already receiving PlayStation 5 consoles for press unboxing revealing the...
PlateStation5.com: Custom PS5 Replacement Faceplates for PlayStation 5
Ever since the PS5 was officially unveiled by Sony, many longtime PlayStation fans criticized that the white exterior shell should be black like the PS5 Prototype Images that surfaced... as a...