Since the last round of PS5 game footage, here's a fresh batch of PlayStation 5 gameplay trailers spotlighting a new PlayStation VR: Live The Game promo video for virtual reality fans in the PS5 Scene to check out below!

Crypto is back and groovier than ever. Make war, not love!

Destroy All Humans 2 – Reprobed is coming soon to PS5.

This is Adelpha, home to the Talan people. A lush but dangerous planet, Adelpha is at rist of exploitation and destruction from an invading robotic army.

The task at hand is dead serious – but that won’t stop Cutter from cracking some jokes.. and skulls. Outcast 2 – A New Beginning is coming soon to PS5.

From the team that brough you the legendary Gothic and Risen series, comes a glimpse into the story of the upcoming open world RPG: ELEX II.

Unite the free people of Magalan against a looming threat. The Skyanides are coming and want to change the face of the planet forever. But some people are not so easily convinced... ELEX II is coming soon to PS4 and PS5.

Your time is now! MX vs ATV Legends is coming soon to PS4 and PS5.

Outcast 2 – A New Beginning is coming soon to PS5. The cult classic returns! Cutter Slade has been resurrected by the mighty Yods in order to join forces with the Talan people. The inhabitants of the paradisaic planet Adelpha are blissfully unaware of the army of invading soldiers. But that's all about to change...

Push your shoot’em up skills to the limit in nostalgic pixel art style as you launch into Crisis Wing, lovingly crafted to recall the frantic action of arcade classics!

Crisis Wing is available this week for PS4 and PS5.

Do you have what it takes to challenge dictator Anton Castillo, played by Hollywood's favorite villain, Giancarlo Esposito? He'll be waiting for you. Put your skills to the test when Far Cry 6 arrives October 7

A story-driven action adventure with a stunning visual aesthetic combining exploration with fast-paced combat. Players find and grow a team of charming spirit companions called the Rot, enhancing their abilities and creating new ways to manipulate the environment.

Kena: Bridge of Spirits seamlessly blends action and narrative into an unforgettable experience. Travel with Kena, a young Spirit Guide on a quest to uncover the mysterious story surrounding the demise of the village.

It’s called Digital Fashion, look it up. See Ramirez, Doggo, and others in Fortnite express themselves in a whole new way with help from the Balenciaga Fit Set. Show the world your unexpected side with the Set’s apparel, free Sprays, the Strange Times Featured Hub, and a live Fortography campaign.

Available 10.5.2021 - Bub and Bob are in for a surprise when their island vacation takes an unexpected turn for an epic, bubble-popping adventure! Explore lush tropical islands, peaceful lakesides and even the pyramids while solving 100 new puzzles in Puzzle Bobble's first-ever 3D and VR experience.

On September 23rd, Hell arrives. Actor Simu Liu (Shang-Chi and the Legend of the Ten Rings, Kim’s Convenience, Blood and Water) prepares to stop the destruction unleashed by Diablo’s return.

Check out the latest and greatest VR games you can play on your PS5 or PS4 consoles.

Pre-order the critically-acclaimed depiction of modern warfare on consoles now and tap directly into the blood-pumping intensity enjoyed by millions of players on PC with today’s new Trailer.

Welcome to First Class Trouble, a social deduction party game in which six players must work together and against each other to survive an A.I. uprising aboard a luxurious space cruiser.

• Four players are Residents trying to shut down a rogue A.I. named C.A.I.N. The other two players are Personoids, human imposters who must do anything to stop them!
• Explore themed locations for new ways to eliminate friend and foe! Environmental hazards such as fire, bad wiring, and precarious chandeliers can all be used to your advantage in a pinch.
• Enhanced social deduction and interactions courtesy of proximity-based voice chat, in-game text chat, and emote wheel functionality.
• Classy customization! Earn Infinity coins to spend on fancy new clothing and accessories options available in the in-game shop to create your perfect look.

Welcome to A World Evolved. In this second Developer Diary, learn more on what is new for Jurassic World Evolution 2 as we take you through some of the key features focusing on the Campaign mode with a narrative set after the events of Jurassic World Fallen Kingdom, the new Chaos Theory mode, and of course, our Dinosaurs.

Embrace the reassurance of physical media. Disco Elysium - The Final Cut is coming to retail November 9th with a free fold-our poster and a 190-page digital artbook. 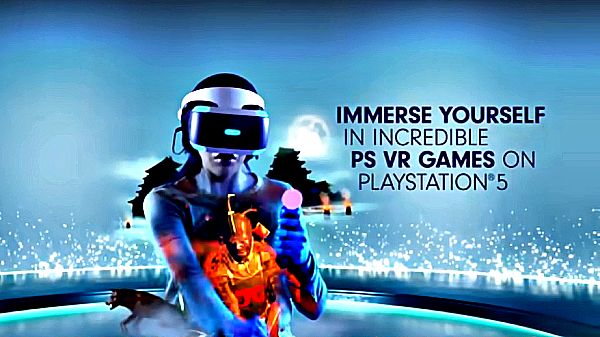 Member
Contributor
Verified
Destroy all humans 2 looks amazing. I'm glad the first remaster did well enough to do the sequel. Hopefully this will lead to a brand new game in the series.