The demo video redefines Star Wars fans expectations by placing you directly in the cockpit of an X-wing fighter to carry out an important mission for the Rebellion.

Feast your eyes on it below, and from PlayStation Network SVP Eric Lempel to quote:

"Among the holiday lineup is one of the most incredible gaming experiences ever conceived — the opportunity to battle against the evil Empire in an X-wing fighter in VR.

Thanks to the talented teams at Dice, Criterion and Lucasfilm, Star Wars Battlefront Rogue One: X-wing VR Mission will give PS VR owners a chance to experience something we’ve all dreamed about.

This experience will be free for all PS4 owners of last year’s fan-favorite shooter Star Wars Battlefront when it launches on PS VR this holiday.

An iconic experience like this is worth bragging about, so I’d like to give you a preview of our new TV spot — one of several in the works — that celebrates the launch of PlayStation VR in style."

Also below to coincide with the Ultimate PlayStation VR FAQ is the official PlayStation VR launch trailer for PS4 dubbed 'Live the Game' which features spectacular render and gameplay footage. 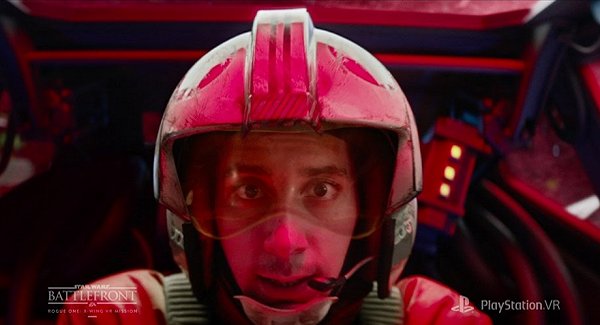