Hey all. Over the next few days, we’re going to spotlight some upcoming games coming to PlayStation VR, including some announcements and updates for previously revealed PS VR titles.

It kicks off today at 3pm BST / 4pm CEST / 7am PST, and we’ll have further updates to share each day at the same time through to Friday.

Starting this Wednesday, September 9, PS Store will be hosting a PS VR promotion. This sale will showcase the diverse range of experiences only possible on the platform with a range of titles available at a discounted price for a limited time*. That includes titles such as:
From Wednesday, September 9, head on to PS Store from your PS4 or browser to check out the full sale list when the sale goes live.

And from Roger Carpenter of Mojang Studios, to quote: Minecraft adds PS VR support this month

This has been much requested, and much discussed amongst our Minecraft PlayStation community and players but, I can finally say something officially about it. Yes, we are bringing PlayStation VR support to Minecraft, and we’re doing it very soon! This month, in fact!! Yes, that soon!

Us Mojang folks have been bursting to say something about this for ages! PS VR support has actually been a planned PS4 feature since we got the thumbs-up from Sony to bring cross platform play and the Bedrock version to PlayStation 4. There was never any question of would we, just when.

So, I guess you'll be wanting to know some details?

Once we’ve finished the final bits of polish to the experience, the PS VR support will arrive via a patch for the main Minecraft game. Everyone who has Minecraft on PlayStation 4 will get that patch automatically. Download that patch and you’ll get access to the new Minecraft VR functionality. Of course, you’ll need a PS VR setup in order to use it. All of you have one of those right?!

But what is Minecraft x PlayStation VR, I hear you say?

Well... it’s Minecraft, but in stellar VR. It is 100% the same Minecraft game that you can play every day, every week, every month, every year... on PlayStation 4. Nothing removed. 100% wholesome & pure full-fat Minecraft.

But surely there must be something different?

Yes, of course! There’s a bunch of new settings & guidance so that you can tweak the VR experience to your needs. There’s also two main ways you can play the game in VR: Immersive and Living Room modes. We think both are cool, but it’s up to you.

Just like the main game, you use your DualShock 4 controller to move around and do all the crafting and choppy/fighty things that you need to do, but you’ll be fully immersed in your Minecraft world. I guarantee you will jump out of your skin at some point.

Despite the pandemic adjusting how we develop Minecraft, development on Minecraft for PS VR has been relatively drama-free. Dare I say it, normal, even. The Minecraft x PSVR experience itself is based on the Minecraft VR tech that we developed for other VR platforms a few years back.

SkyBox Labs took that and have been working their magic to convert and optimise the existing tech for PS VR. And, of course, our friends at Sony have been there all along the way to guide us because they know their system better than anyone.

It’s been a brilliant team effort and we’re so excited for PlayStation VR’s players to get to experience a gorgeous, immersive version of Minecraft! 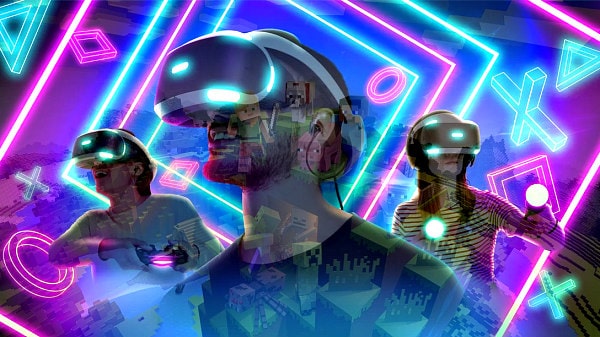 Senior Member
Contributor
Verified
Damn this sale!! Now do i update my 6.72 PS4 just for this...???

Member
Contributor
Verified
I suppose we are not ready for the VR technology
You must log in or register to reply here.
Share:
Facebook Twitter Reddit Email Link
Recent Articles
Sony CEO Confirms PS5 Won't Natively Support PS1, PS2 nor PS3 Games
In contrast to Microsoft's upcoming Xbox Series X console that will also play original Xbox, Xbox 360 and Xbox One games at launch, Sony CEO Jim Ryan confirmed in a Famitsu Interview following the...
Call of Duty: Black Ops Cold War PS4 Alpha Live September 18-20th
Proceeding the Call of Duty: Black Ops Cold War PS4 and Call of Duty: Black Ops Cold War PS4 Multiplayer trailers, starting today Activision announced that the Call of Duty: Black Ops Cold War PS4...
Demon's Souls PS5 Gameplay Trailer and More PlayStation 5 Videos!
As a massive fan of the original King's Field series on PSX and PS2 from the Japanese video game company From Software, this is one franchise I don't mind seeing milked unlike so many other...
PS5 Price $499 & Digital Editon $399, Out November 12 in North America!
Today at their PlayStation 5 Showcase Sony confirmed the PS5 price of $499 with the discless Digital Edition selling for $399, both of which following suit with the PS5 Price Predictions... and...