Shortly following came v0.2 proceeded by v0.3, v0.4, v0.5, v0.5.1 and those who don't have access to a PS4 jailbroken console can try to Find a 5.05 / 5.07 Jailbreakable PS4 Console or wait for a Future PS4 Jailbreak Exploit to be publicly released such as what TheFloW previously announced for 6.20 Firmware.

From the README.md: OpenOrbis PS4 Toolchain

This repository contains the source code and documentation for the OpenOrbis PS4 toolchain, which enables developers to build homebrew without the need of Sony's official Software Development Kit (***). It contains the header files, library stubs, and tools to build applications and libraries for the PS4.

The header files as well as the library stubs may need updating to support yet undiscovered functions, so feel free to fork the repository and make pull requests to update support.

All Visual Studio solution files are assumed VS2017 for now. This will change when the .NET core-based projects drop, which will be VS2019 to allow usage of .NET core 3.1.

The following projects will be added to this repo within the next few days:
It was intended for these to drop at the same time as everything else, however both are getting ported to .NET core to be made more future-proof and to allow easier Continuous Integration (CI).

The clang toolchain as well as the llvm linker (lld) is needed to compile and link using this ***. For Windows, these can be downloaded using the Pre-Built Binaries provided by LLVM. For Linux and macOS, the same page contains pre-built binaries, however you can also use the following commands (Debian/Ubuntu):

Code:
In the future, we may include pre-built binaries for clang/lld, however for the present, it is required for you to install these separately.

Code:
This is needed so the build scripts and the converter tool know where to look for certain files. It is also recommended you add the root *** directory + /bin to your path variable.

For Windows, a Nullsoft scriptable installer is provided, which will automate the process of extracting the toolchain files and setting the OO_PS4_TOOLCHAIN environment variable.

For Linux, after installing the required dependencies and setting up the environment variable as noted above, you'll also want to run the setup-toolchain.sh script in /extra. This will mark all the Linux binaries as executable, as by default they're read/write.

For Windows, /extra provides Visual Studio templates which can be added into your VS installation's templates directory to allow easy creation of homebrew projects. You can also copy and modify the solutions from the provided samples.

For Linux, /extra contains a setup-project.sh script which will create a project directory based on the hello_world sample.

Contribution is welcome, the OpenOrbis toolchain is open source after all. For those eager to contribute, we have an actively maintained list of issues on CONTRIBUTING.md that are accessible and would be awesome to get closed. We appreciate anyone who contributes and acknowledgements will be maintained in this README.

Each tool will have a dedicated README.md file for more specific information on the tool. Below is a generic overview of the tools included in the toolchain currently.

The create-eboot tool takes normal Executable Linkable Format (ELF) files and performs the necessary patches and relinking to create an Orbis ELF (OELF). It will further take this OELF and process it into a final wrapped Signed Executable Linkable Format (SELF). This was made possible thanks to flatz' previous work on the make-fself.py script, which can be found in /scripts. For more information on these formats, see the wiki or /docs.
create-lib

The create-lib tool is similar to the create-eboot tool, however it produces Playstation Relocatable eXecutable (PRX) library files from a given ELF file.
create-pkg

The create-pkg tool takes a set of files that applications are expected to have (eboot.bin, param.sfo, necessary modules, etc.) and creates a package file (pkg) for them to install on the PS4.
stub-generator

The stub-generator generates the header files and shared libraries (.so) files for linking with PS4 system libraries. The output of this tool can be found in /include/orbis and /lib. These directories are essential to properly link with PS4 libraries.
miralib

The miralib library contains C# and Python code for interacting with Mira on the desktop side of things. This includes management of a local list of consoles, connecting to a console, and performing various actions once connected via RPC.
assistant

Assistant is actually a suite of tools for aiding in developing PS4 homebrew. This includes a log viewer, a debugger, a launcher for Mira, and a tray application to easily launch all of these.
readelf replacement

All scripts in the /scripts directory are Python 3 scripts, specifically targeting Python 3.7.0, with the exception of /scripts/make_fself.py. You will need Python installed on your system to run these scripts. Usage of these scripts can be found in /scripts/README.md.
License

This project is licensed under the GPLv3 license - see the LICENSE file for details.

The accompanying LLVM binaries are licensed under the Apache 2.0 license and is owned by LLVM. Under that license, redistribution is allowed.

Credits + Special Thanks
And from the CONTRIBUTING.md:

Starter Issues
Intermediate Issues
Advanced Issues
More issues will be added here as more are requested. If you think something should be here that isn't, feel free to file an issue!

Update: PS4 SELF File format via PSDevWiki.com: From leaked 6.00b1 Kernel (containing only one segment) the following information can be deduced: 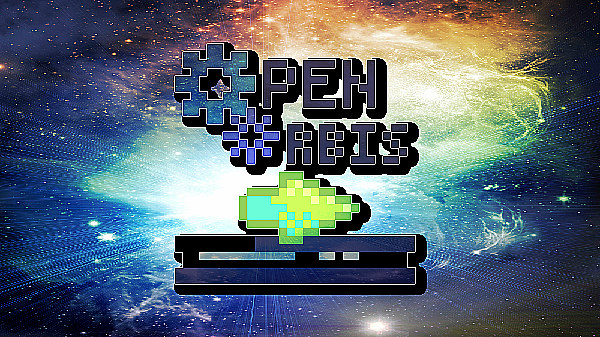 Senior Member
Contributor
Sorry for this question but this is mean that we can run backup games on 6.20 ?

Senior Member
Contributor
Verified
@Orgad right now , NO. In the future maybe.
Patience is the key to this.

Senior Member
Contributor
Verified
I love that most people don’t read the whole article and just dive straight to asking if the said topic means they can play backups of games on >5.05..

It’s like a 10 minute read. And most of the info is in the first couple of paragraphs....

Senior Member
Contributor
Verified
Cut them some slack. If they were patient enough they would type ETA WHEN and not ETA WEN

Senior Member
Contributor
In simple words it just an environment for devs to build ELF file so the end user can expected more homebrews and emulators only.

Member
Contributor
Verified
Really great to see so many new developments in the PS4 scene. Can't wait to see what the future brings!

Member
Contributor
PS4 Scene is really alive and now breathtaking. It was good to stay at home for scene devs

Again.. Thanks to all devs. This is really powerful teamwork.

and yeah logo is nice