To quote from the ReadMe.txt file: OpenPS3FTP is an open source FTP server for the PlayStation 3. It supports the basic FTP commands that the typical user would need to transfer files in and out of their console.

It also provides read/write access to the console's flash partition, by mounting /dev_blind.

Currently, this server is optimized for stability over performance. A performance benefit is possible, but it seems libsysfs isn't cooperating.

Known issues:
From the Github page are the changes, to quote: Version 4.0

This is what version 3.0 should have been. However, version 3.0 was written dev_blindly since I wasn't able to test it at all. Now that I'm able to make homebrews again, here's a fresh release of OpenPS3FTP!

Hope it isn't too late.

Would be great if PSL1GHT's libsysfs wasn't so wonky, since that will actually provide an additional performance boost over the vastly increased stability this release brings.

Fixed and improved a few things. 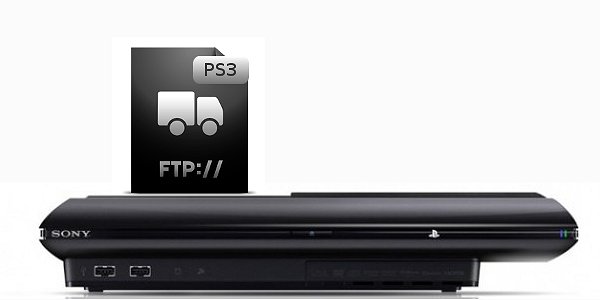 Staff Member
Moderator
Verified
Like most PlayStation 3 homebrew apps, this is intended for those running PS3 Custom Firmware.

If this cant work better than managers ftps and regular pc ftp tools, no advantage here.

Im using flashfxp and play manager, thats all i need.

Senior Member
Contributor
Why use this when we have a lot of build-in FTP managers already in webman and multiman?

lobimagobi said:
Why use this when we have a lot of build-in FTP managers already in webman and multiman?
Click to expand...

Those use an older version of this. I assume this newer version will be included in the next webMAN & multiMAN.

Staff Member
Moderator
Verified
Here's an update to OpenPS3FTP v4.1 by jjolano via GitHub with the changes below, as follows:

This is a somewhat major release, with changes to the codebase to make it possible to compile on both PSL1GHT and the official CELL ***. As proof, I have included CellPS3FTP in this release - which is basically an actual CELL *** program with the OpenPS3FTP codebase for the actual server.

Version 4.0 brings a new FTP server engine, and this version now builds up on top of that.

See the updated changelog and readme documents for more info.

So you just need to bruteforce the 4.81 private signing keys

Staff Member
Moderator
Verified
Here's an update to OpenPS3FTP v4.2 alongside some revisions by jjolano via GitHub with the changes below, as follows:

This is THE build, in my opinion. Since I was able to find some time to rewrite the whole source code (twice, since I accidentally RM'ed the first rewrite) to actually be able to debug things properly with gdb and valgrind, this server now runs pretty much flawlessly.

Multiple connections are now fixed up. Should be able to stably handle at least 10 connections at once. I know my Raspberry Pi can.

This might be the last release for a while - will be researching on SPRX plugins. Check changelog.txt for more details on the changes in this build.

Just a quick update to the server code that might help fix some crashes.

Additionally, the server will minimize memory usage when it is not active. Almost stable...

After rigorous testing, this release fixes a rare crash that occurs when disconnecting from the server. Plugin is now stable!

Known Issues:
And to promote some of my other PS3 projects...