Earlier this year we got a first look at PlayStation 4 Virtualization by @AlexAltea, and recently he shared on Twitter an experiments in PS4 emulation video from his YouTube Channel demonstrating the Orbital PS4 emulator currently in development.

He also tweeted he'll be present at this year's 35C3 event stating the following, to quote: "Flying to #35C3. I'll be around the emulation assembly, otherwise reachable @ 8180 (GSM): mostly CTFing, having tschunks and working on Orbital, my LLE PS4 emulator (sneak peek below). Happy holidays!"

And from the video's description: Experiments in PS4 emulation. Current status:

Experiments in PS4 emulation. Current status: After last update, we have reimplemented large parts of the PS4 GPU graphics pipeline using Vulkan and recompiling AMD GCN bytecode into SPIR-V. This finally allows us to "see" the Safe Mode menu, booted from a PS4 5.xx kernel.

At the moment, we receive a CE-343* issue which indicates a PS4 HDD failure. This error is to be expected since we have booted the PS4 kernel without a valid HDD image.

In the future Safe Mode menu will have an important role when booting Orbital for the first role. The procedure to make the emulator work will be similar to the replacement of the HDD in an actual PS4 console. 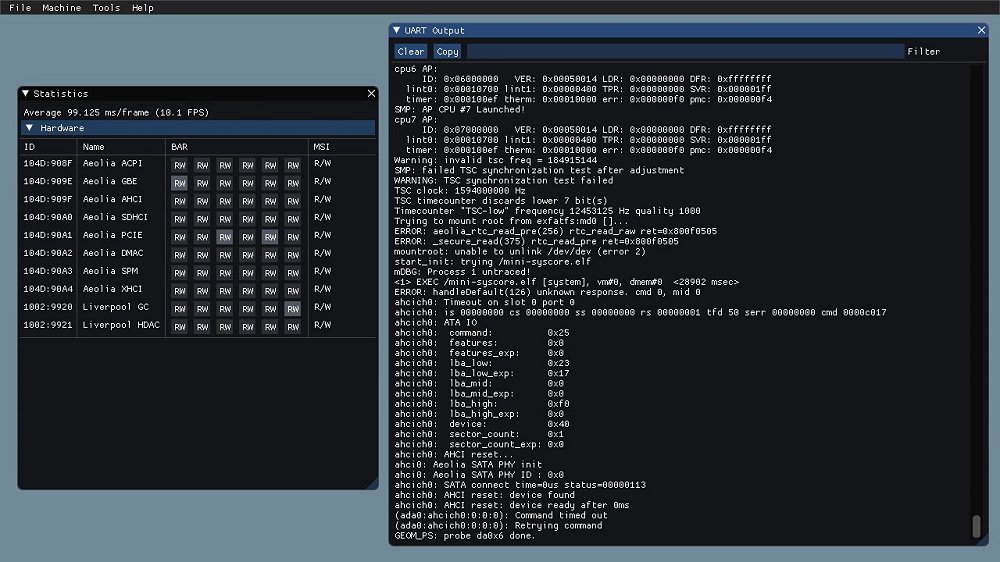 Senior Member
Contributor
If default says this is epic, then I guess it's a really good news / development ... I don't understand a word of this Orbital topic

Developer
Senior Member
Contributor
Verified
Id love some information on what kinds of issues outputs different blod flashes. I wonder if this can also be emulated. There are so many hidden beeps that are the results of damaged or missing hardware, I would know, I'm butchering ps4s all the time!

Member
Contributor
Verified
An PS4 Emulator would be really nice.