This comes following the Godfall PS5 Trailer, and in addition to PlayStation 5 Outriders will also be available on Xbox Series X, Xbox One, PlayStation 4 and PC via Steam.

From the video's description: Leave Humanity Behind.

Outriders is a 1-3 player co-op RPG shooter set in an original, dark and desperate sci-fi universe. As mankind bleeds out in the trenches of Enoch, you’ll create your own Outrider and embark on a journey across the hostile planet.

With rich storytelling spanning a diverse world, you’ll leave behind the slums and shanty towns of the First City and traverse forests, mountains and desert in the pursuit of a mysterious signal. Combining intense gunplay with violent powers and an arsenal of increasingly twisted weaponry and gear-sets, Outriders offers countless hours of gameplay from one of the finest shooter developers in the industry – People Can Fly.

Join the Official Reveal Stream for the World Gameplay Premiere this Thursday, 13th February at 12pm PT / 8pm GMT / 9pm CET and find out everything you need to know about Outriders. 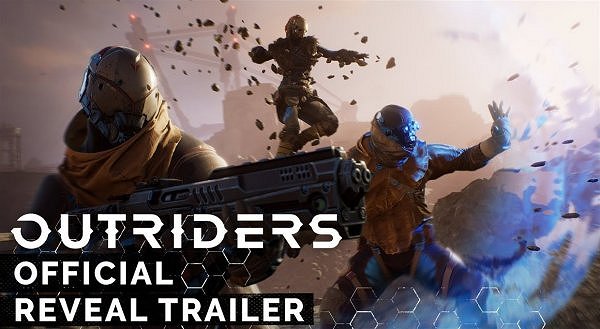 Senior Member
Contributor
Verified
@vishay
That might as well be the PS4 version visually. I didn't really see anything that couldn't be done on PS4 there.

As far as "next gen", the Hellblade 2 stuff we were shown during the Xbox Series X reveal was about what I'm expecting from next gen. Not quite always that good but close. That looked incredible and absolutely couldn't be done on any variation of PS4 or Xbox One. Just an outright no chance.

This game here looks good but not like something that couldn't look very similar on this gen, only at 1080p/30 as opposed to 4k 30/60.

Senior Member
Contributor
Verified
This commercial is obviously PS4 graphic version. I am sure that PS5 graphic will be superior than PS4 version. I like the monsters. I am looking forward to this one!

Member
Contributor
Verified
@Chumdiddy1 Hellblade video was an in-engine video not in-game. I think that next gen games should look like that but that video was just in-engine it means nothing since it is not rendered from the new console.

Member
Contributor
The game looks amazing but the quality is the same as ps4.

Thats a big problem if the next gen console will have this quality in the games..