Roll out your anti-static mat and start running your own PC shop, with the full scoop and PS4 launch trailer video below from Franchise Manager Phil Clandillon:

It's time to start building and repairing PCs. On your PlayStation! If you're new to PC Building Simulator, here’s the low-down. The hit PC repair and building title is a game of two sides. Story mode, where you run a PC repair workshop — fixing up customers' machines, ordering parts and keeping the shop’s accounts in the black.

And Free Build mode, where you can create your dream PC using thousands of official parts.

Run your own PC repair shop in Career Mode

Uncle Tim's skipped town, and he’s left you to run his PC repair business. Jump on the office computer, accept jobs by email and wait for customers to drop off their machines. Start simple, clearing out dust-clogged cases, removing viruses and upgrading memory. In no time you’ll be swapping out CPUs like a pro. Thermal paste? It practically runs through your veins.

Get creative in Free Build mode with over a thousand real-world parts. Choose a case from manufacturers like NZXT, Cooler Master and Fractal Design. Use EKWB's liquid cooling system to keep your thermals under control, and make the whole rig look amazing with programmable LEDs and color-coded cables. PC building is an art as well as a science. 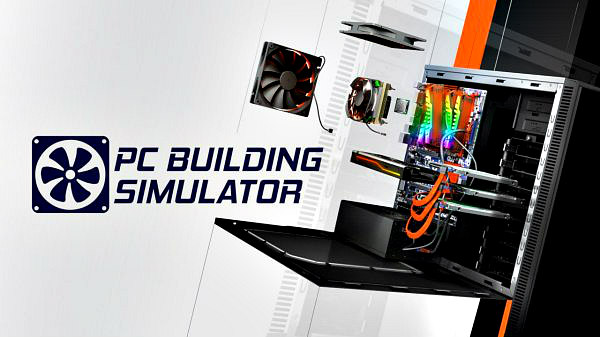 Senior Member
Contributor
So basically it's a game made for PC elitists? sounds ironic to us console-gamers ..

Senior Member
Contributor
when you're highschooler or middle schooler who curious about building your own pc rigs this can be very handy that you can't get from your school, you can know part names, its usefulness and you also known that console can be inferior compared to today low ranged pc (core i3 &1050 ti / ryzen 3 rx570 combo) since console era is reached to its end

Member
Contributor
Verified
Cant wait to get it. I have built a computer from scratch already.

Member
Contributor
Finally i will have a PC