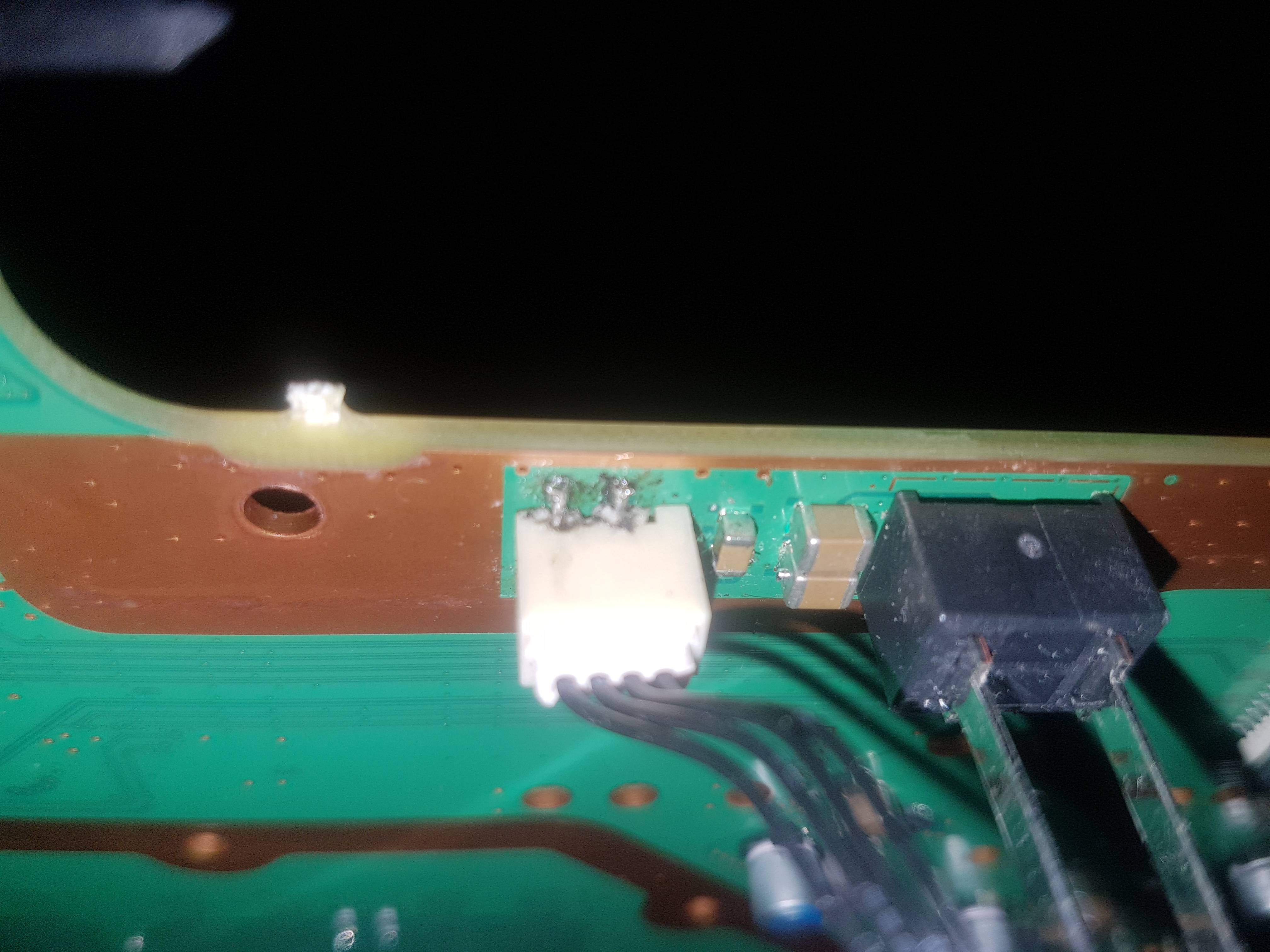 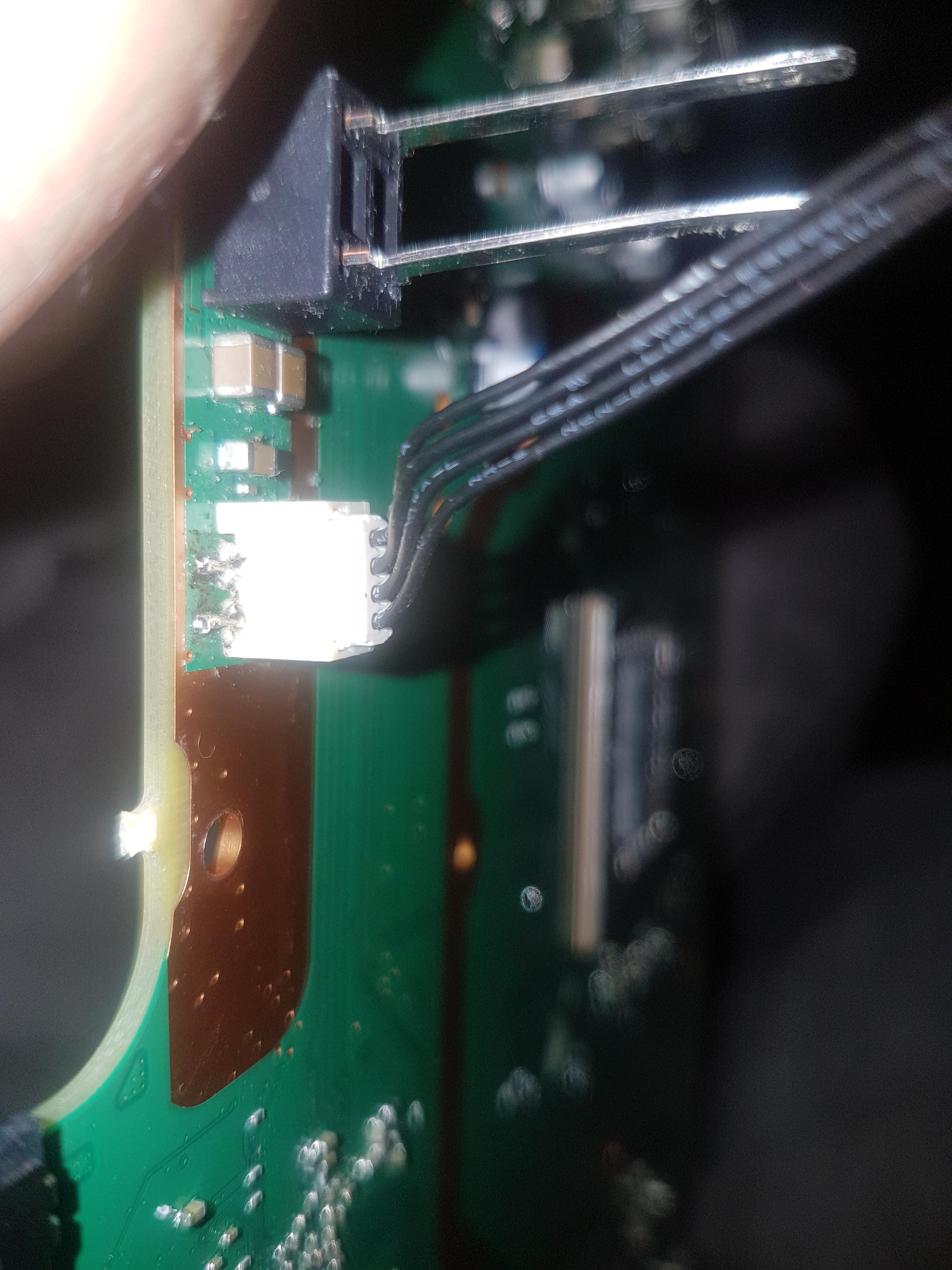 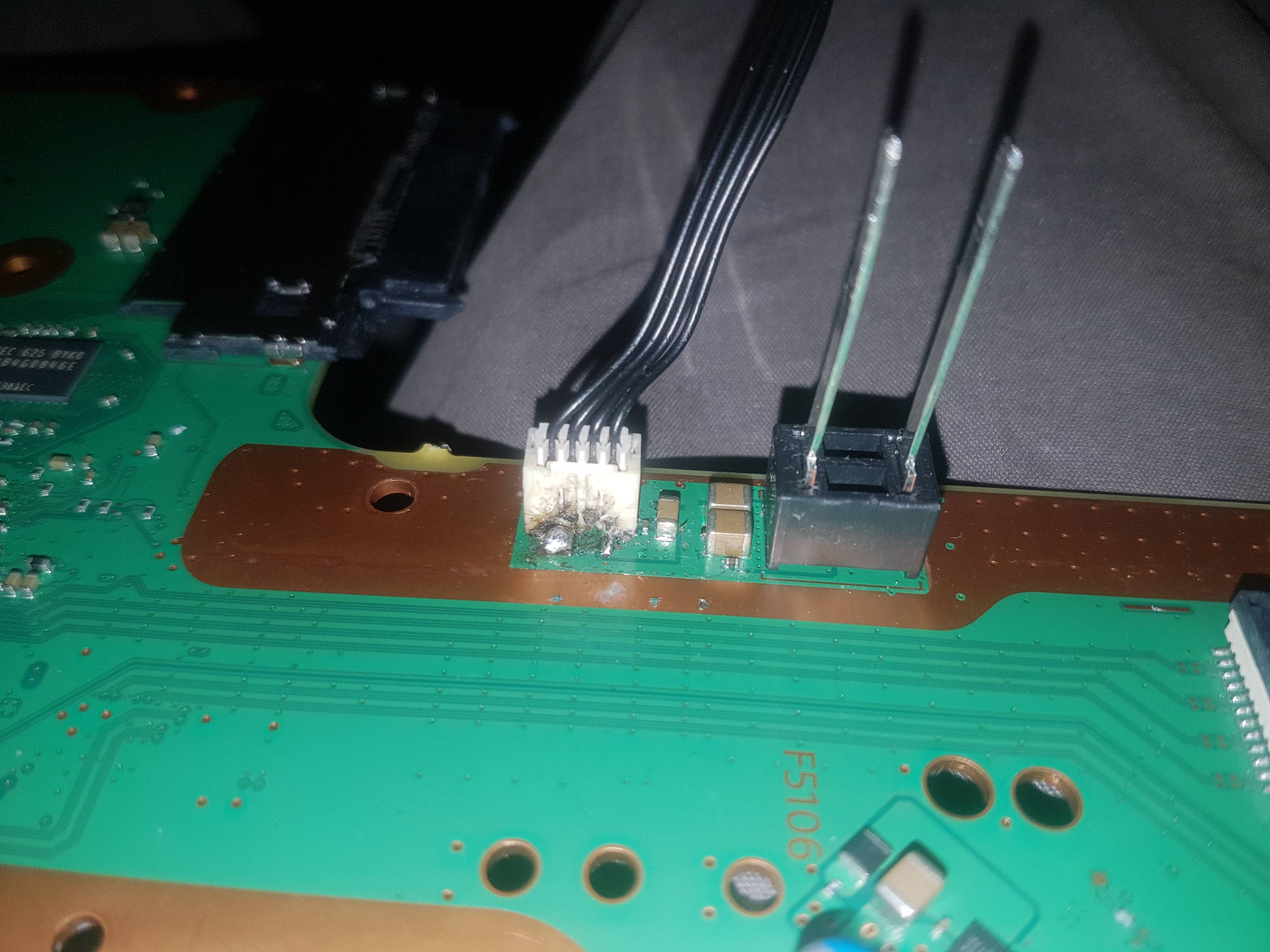 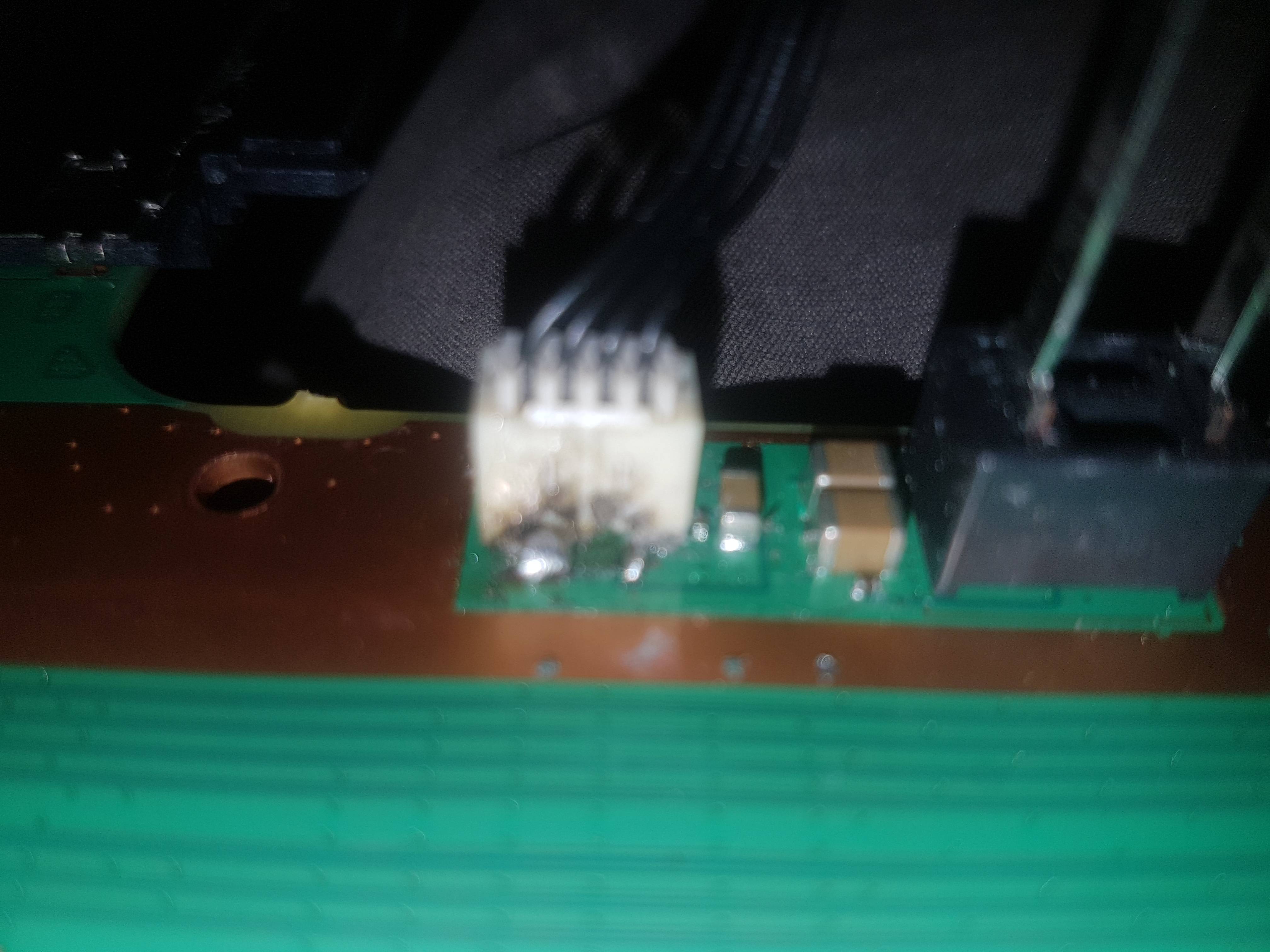 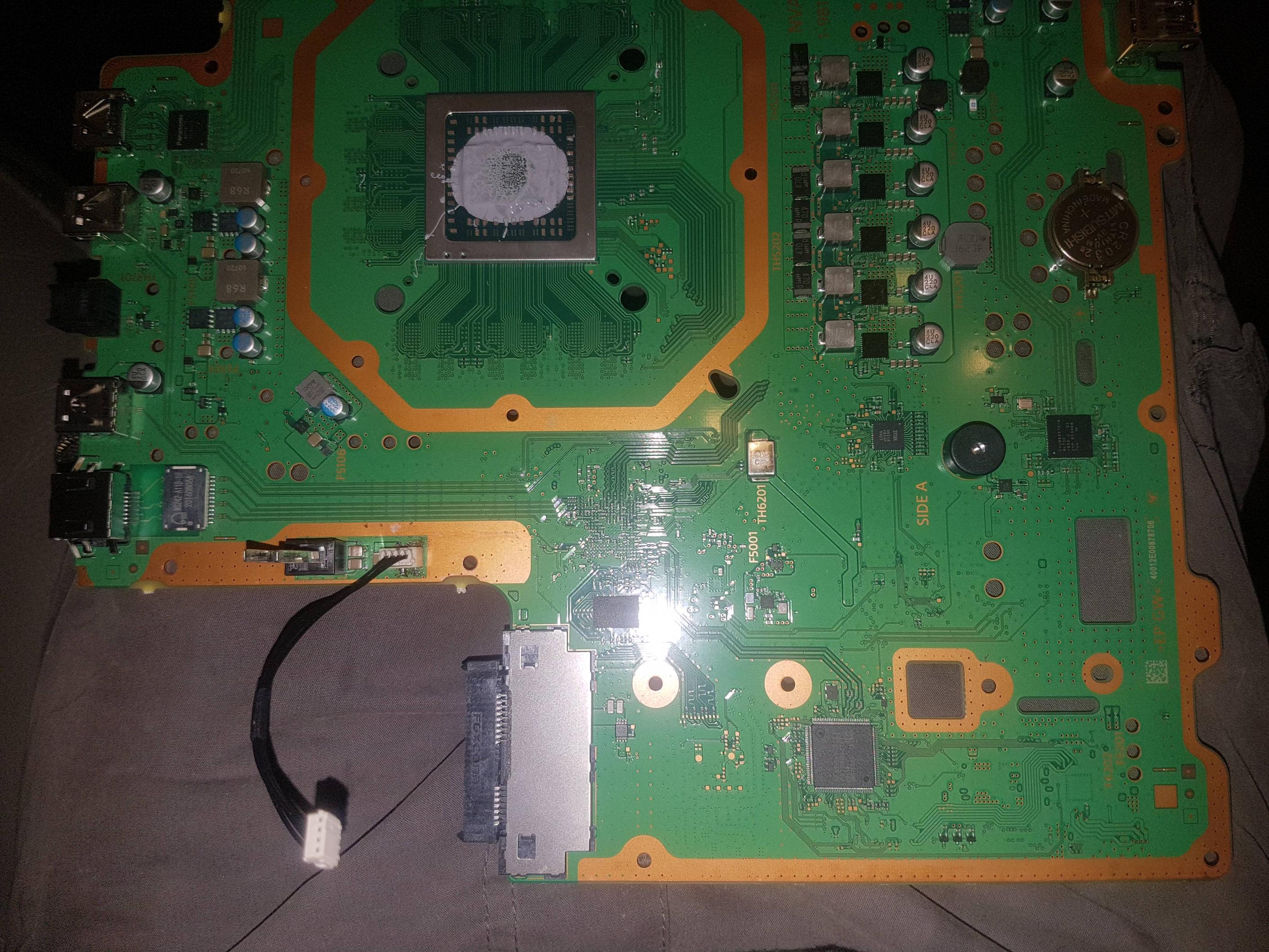 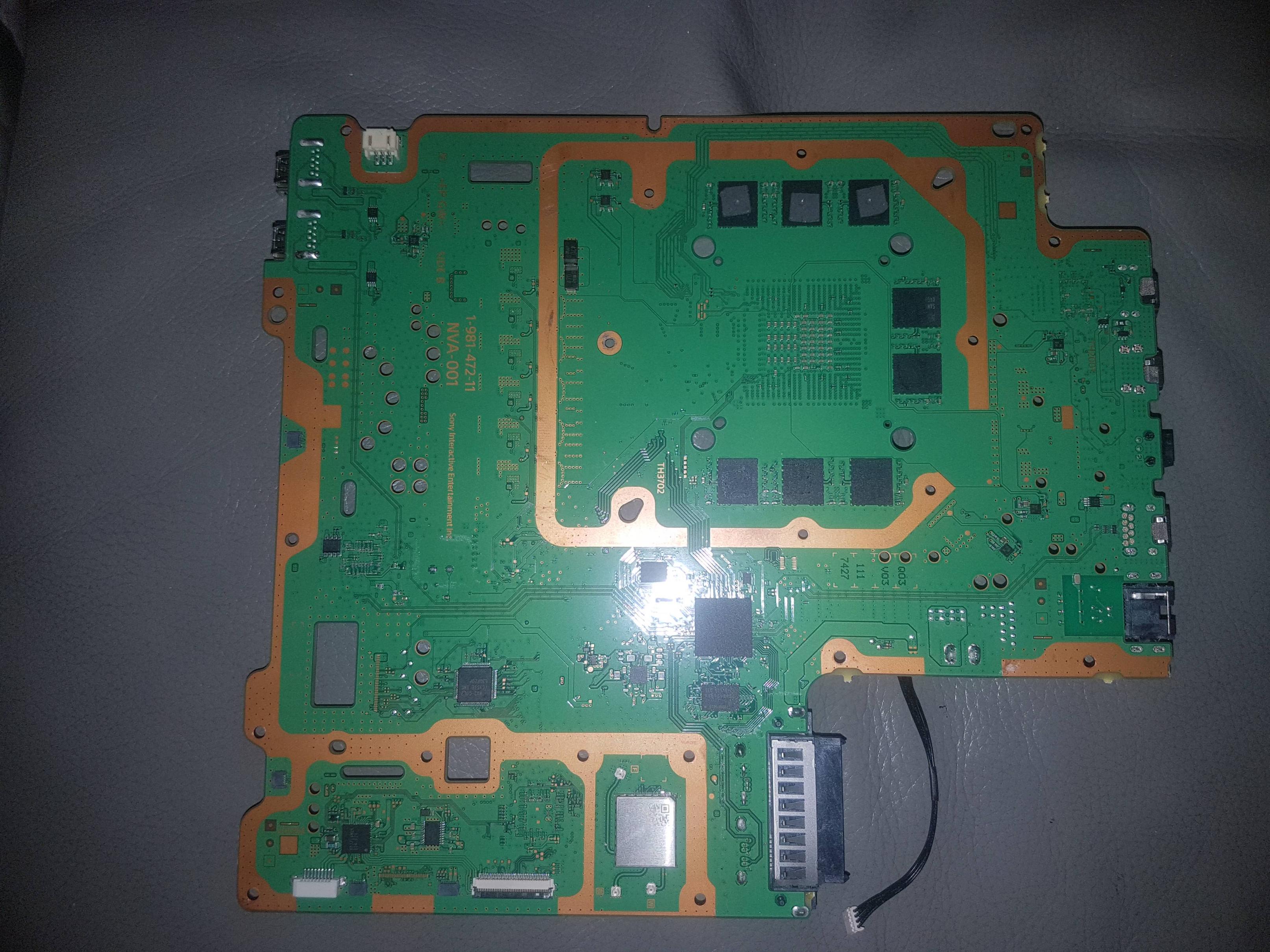 ​
Hi finalman
So i went to there repair shop, myself today to pick my ps4 pro, brought it back home. plugged the wall power socket, trying to see if had the same problem which was there before i sent the console to repair shop.

When clicking on the power button, the blue light will come on four about 2-3 second then go off, but bring ps4 pro back from this repair shop, pressed on power button nothing would happen. opened the top cover ps4 pro, check the ps4 power supply, my surprise there put some other original ps4 power supply in there how i know that on my power supply i had no sliver warranty sticker.

Why there did that dont no. I've sent message back to them asking for my original power supply back waiting for there reply

Senior Member
Contributor
Also be a good idea to check the pin 1 alternate spot to make sure it is properly connected to pin 1's leg. To do this use the buzzer function of a multi-meter. 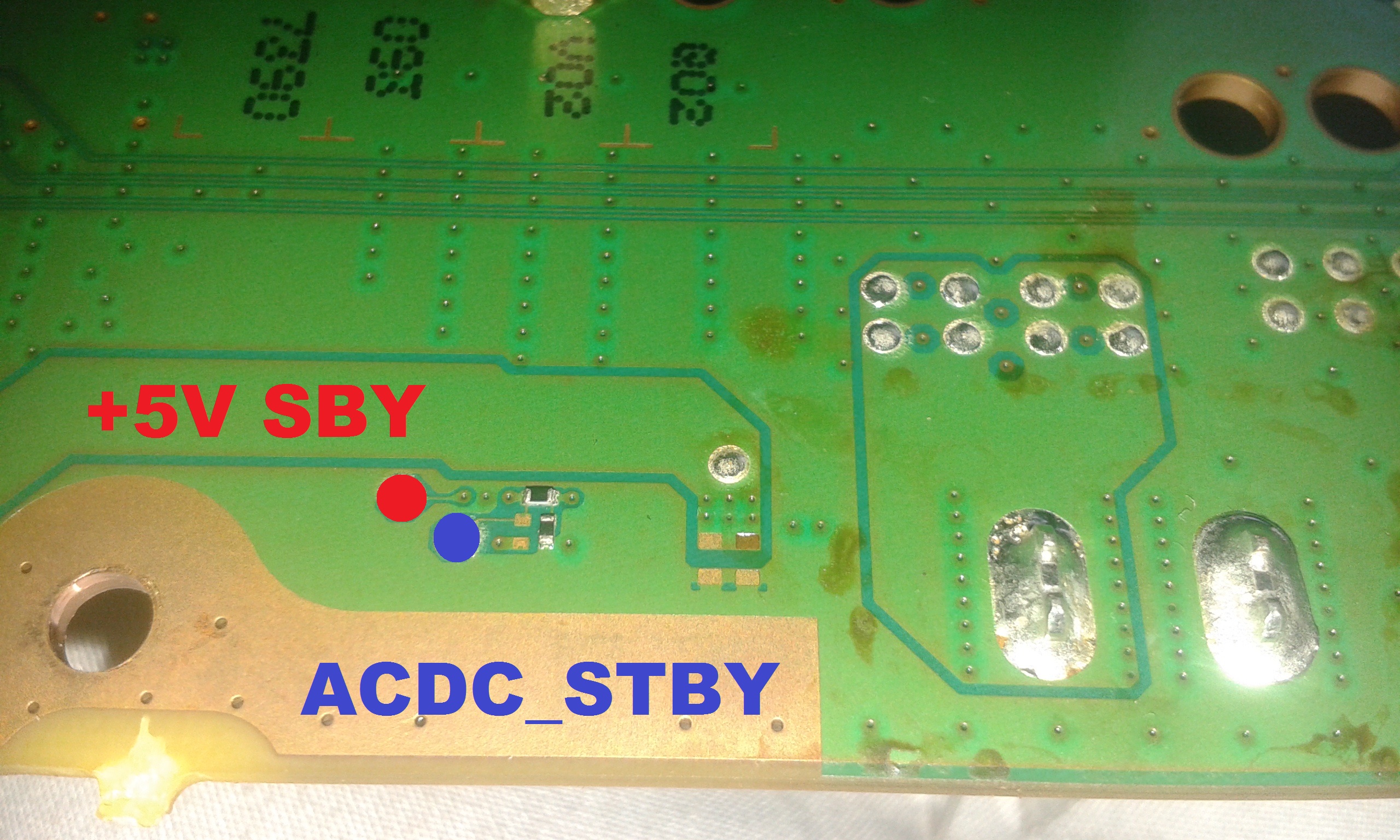 ​
Test all of the pin legs to make they aren't shorted to GND except the GND pin cause obviously it is GND. Also make sure the leg of pin 4 is joined properly to the +5V SBY by measuring it at the soldered area of the capacitor on the +5V SBY side.

Member
Contributor
Verified
@doodlebox thanks for your diagram
i also looking for PSU pinout especially 12V one.

from what i can find on the internet, the average game only use up to 150W power vs 300W PSU. it should have enough watt to power external LCD (about 24W max)

anyone got similar mod?
thank you 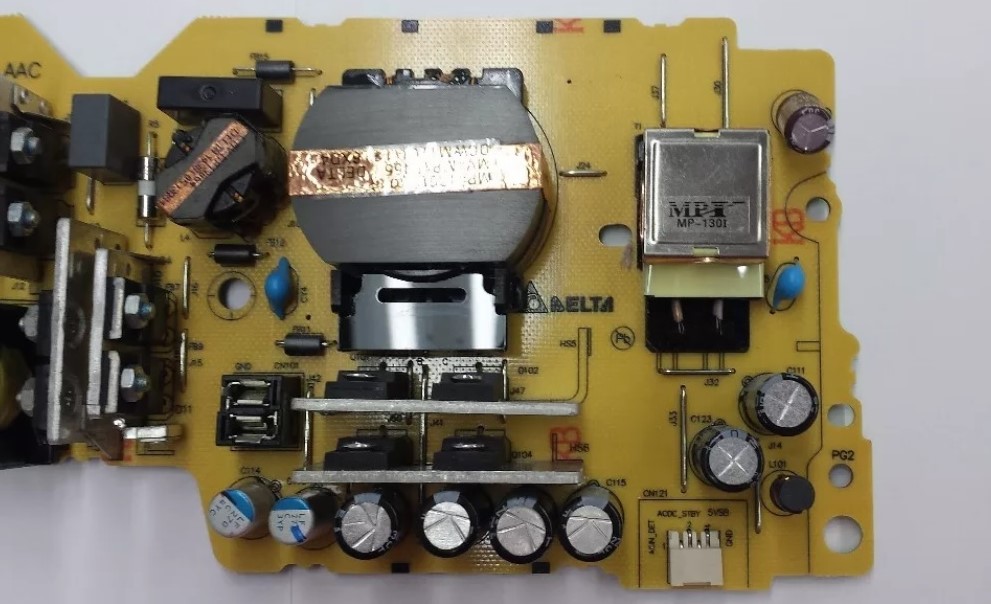 ​
Ground the 4 pin? Very strange. am I reading it right?

I currently planing a mod for my PS3 (fat 60GB) and my PS4 Pro (CFW 4.55). I would like to combine them into one PC case. During my search through the internet, an idea started in my head that - to use one PS4 Pro PSU to run both consoles.

In theory, it should work cause both consoles nearly need the same power from the PSU. Especially I run my PS3 with the APS-231 which has kinda the same output as the ADP-300. So that should not be the problem, as long they are not ON at the same time ...

My idea was to but a switch button in between, so that I can choose if I want to turn on the PS3 or the PS4. Yeah, if one of them is already running I have to turn it off before the other one can be turned on ... etc.

So here is my Plan: On the case, there will one Power and one Eject button. These two buttons are connected each to the PS3/PS4 Power button and to the PS3/PS4 Eject button. And the switch button controls which PS gets the wake-up call. In the best case, I want that both consoles are always on Standby (except one is running then only one is on standby ... etc.)

Option #1: I put the switch between the power supply and the PS3/4. So that console is always off power except the switch is set on ON (just as an example: let's say PS3 is on the left side of the switch PS4 on the right).

This option works quite good/easy solved because there is also zero chance that both consoles can be turned accidentally with the PS button on a controller.

The problem here: No Standby - If I didn't use e.g. the PS3 for quite some time if have to type in the time/date setting all the time.

Option #2: I put the switch between on the ACDC_STBY and the PS. I tried that already by plugging of the ACDC_STBY with my PS3. The console can't start but peeps and shows a red blinking light.

The problem here: I theory it works but I don't like the peeping and the idea of the red light, don't think it can harm the console if you do it for a long period. But ... I just don't like the idea.

Option #3: This option is my favorite, but also the only one I can't figure out myself. I put the switch between the Power Switch Board and the console. So that the Power Board has no chance to send a signal if any button gets pressed.

The problem here: I don't know what line I should cut through on the flexible cable or where I should solder something to enable my switch.

Option #4: I am open for suggestions or any other option that I didn't see or thought of yet.

Sorry my English, I am from Austria

Senior Member
Contributor
hi friends my ps4 pro power supply is dead and i want to to run it by atx power supply. i tried to run it ps3 slim power supply but ps4 beep then do nothing fan is not spinning.

anybody can tell me about 4 wire and all diagram with picture which wire is 5v and which one is ground in detail. thanks

Senior Member
Contributor
Firstly are you sure the PS4 Pro power supply was actually faulty and not the motherboard?

Assuming the Power Supply is faulty to use a PC power supply see here.

Senior Member
Contributor
I used paper clip to run power supply and ps4 pro model is 7016b it was power surge then ps4 did not on I send power supply to repair but they can't .

From bottom to up side I power 1 5+v 2 empty 3 ground 4 5+v down side 12v up side ground ps4 beeps do not on after some try it turn on and after a few seconds turn off. I did not use any transistor or resistance kindly if you want I will send you pictures of pro thanks

after power surge it did not on now it turn on disk is spinning and eject disk accept disk. do having no display check with hdd and without hdd. but no display. maybe need to replace hdmi port. or gpu is gone or maybe other problem inside motherboard

Senior Member
Contributor
If you use the paper clip method you don't use the resistor and transistor.

Though more than likely your looking at a damaged motherboard.

Senior Member
Contributor
on my pc supply the ps4 was running continually but with solid blue light and no display. now ps4 is running but no display and also no blue light maybe there are a lot of problems.

anyway thank you so much i will send it to repair to take chance to repair it but not sure it will repair here in pakistan or not.
You must log in or register to reply here.
Share:
Facebook Twitter Reddit Email Link
Recent Articles
PS4 Firmware / System Software 7.50 Beta Program Update Arrives
Those that joined Sony's PlayStation 4 System Software Beta Trial who received their Beta Firmware Invites to be Preview Program PUP Testers and check out multiple revisions of PS4 BETA PUPs can...
ThemeDumperFTP: PS4 Retail Theme PKG Dumper via FTP by OfficialAhmed
Following his ProfileIt PS4 Tool release, the PS4 Theme Dumping Guide and countless PS4 Theme PKGs currently accessible PlayStation 4 developer OfficialAhmed made available ThemeDumperFTP which is...
PS4 Offline Account Activator GUI by Charlyzard (Barthen)
Earlier this month PlayStation 4 scene developer charlyzard released a PS4OfflineAccountActivator and now he's made available via Twitter a PS4 Offline Account Activator GUI for those like me who...
Biofeedback May Be Utilized in DualShock 5 to Modify User Experience
Since last month's rumors of a DS5 Built-in Microphone, according to a recently discovered Sony Interactive Entertainment patent the DualShock 5 (DS5) Controller may utilize biofeedback to modify...