It's been quite awhile since the last round of PS3 and PS4 Software Development Kit leaks from @KromeMods back in July 2017, but according to rumors via D3fau4 (aka @Defaud) and zavtracast on Twitter a new batch purportedly surfaced including PS4 and PS5 DevKits as a result of a CD Projekt Red (Cyberpunk 2077) leak.

According to the note pictured below, archive passwords were dropped onto an anonymous .onion site accessible via Tor, however, it also states the archives for PS4, PS5, Switch and Xbox have no password which is welcomed by those in the PS4Scene and PS5Scene.

Code:
Up to now we haven't seen any public PS5 DevKit leaks, and the previous PS4 DevKit leak was version 4.50... so quite dated considering Sony is currently on PS4 Firmware 8.50.

One application many in the PlayStation 4 Scene are eagerly awaiting is an updated Fake PKG Generator for PS4 Version 3.70 (Build 3.70.7110.1152) to generate FPKGs that never got released due to LM-based drama over DMs, although with today's leak hopefully a newer revision will eventually surface to replace the antiquated Fake PKG Generator v3.38. PS4_Fake_PKG_Tools_v3.87.rar (3.35 MB)

As always, if you have around 148 GB of storage to spare and manage to grab the ps4.7z (107 GB) and ps5.7z (41 GB) archives do NOT share them on the public forums (this will result in a permanent ban), instead join everyone in private by following THIS GUIDE to become Verified via the 'floating' Discord Channel and get your Blue Verified Badge... or simply torrent them to share the love!
M.E.M.E looks like PS4 devkit CP firmware is based on linux ... PS5 devkit CP firmware is based on * ThreadX ARM9/RVDS Version G5.1.5.1 Copyright (c) 1996-2008 Express Logic Inc.
PS5 debug packages now have 3 sections on them:
it seems that the leaked ps5 ***s contain some special pups called CROSSGEN for devkit and testkit units. these can be installed on ps4 kits, both the devkit as the testkit variant.
i still wonders if this leak was actually real? the ps5 *** includes some update packages called like ps4_crossgen.pup or whatever iirc. like if it was fake, whoever did it would have to really know there PlayStation internals ...
however, the ps5 titleids start with NPXS4.... not NPXS3..
founder higher quality version
apparently this is ?? 0.100.020
"APP_HOME" is a real thing - so is "Release Check Mode"
"NPXS3" (ps5 is NPXS4? Sony seems to have skipped NPXS3 ?)
seems like more effort than some person on the internet trying to do a fake leak would do ..
curious though, the APP_HOME is missing its "★"

well. we will find out in like 5 years probably if this actually was a prototype design of the system 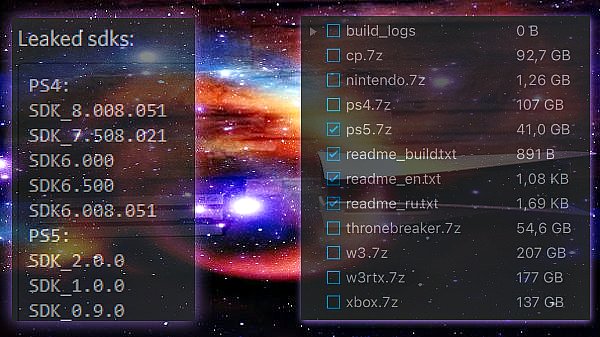 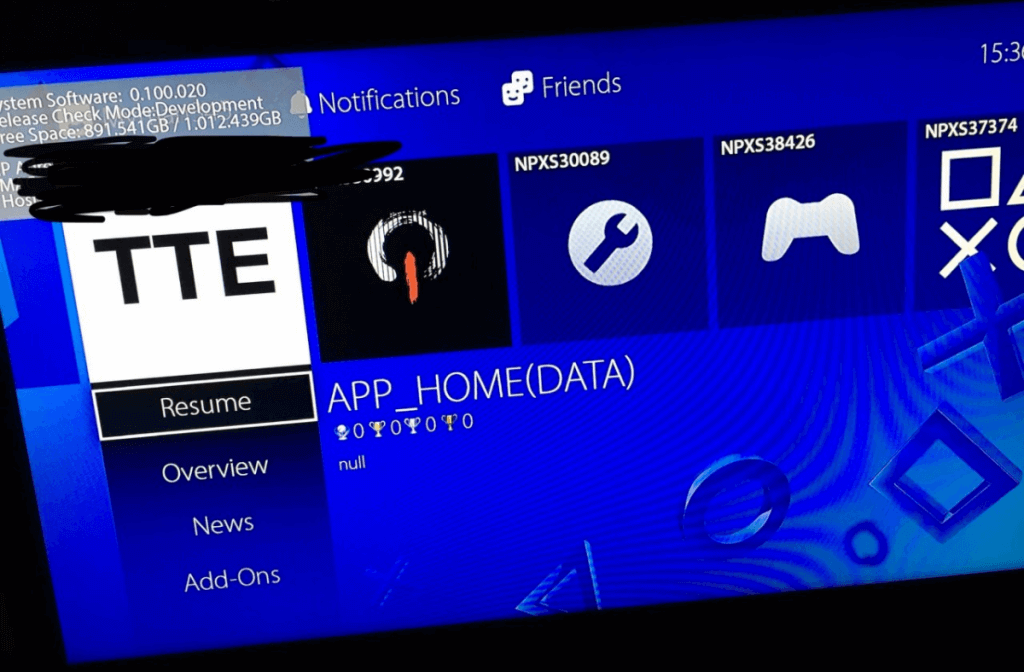 Senior Member
Contributor
Verified
Will this only help in homebrew development or also in finding new vulnerabilities for jailbreak.

Member
Contributor
What does this mean exactly? Where could this go?

Member
Contributor
idk if i can post here but @PSXHAX I have the list with all files from the PS4.7z and ps5.7z and xbox if you want also thanks for the post.

Member
Contributor
I’d love for someone to share the PS5 one, that would be awesome