While the listed PlayStation 4 price drops appear quite substantial, with the PS5 confirmed to arrive for next holiday season it still may not be worth investing in a new PS4 at this point in time. Locating a used jailbreakable PS4 is another alternative... we'll do an article covering where to find one soon for those who don't yet own a PS4 console.

To quote from the source of the leaked ad ThatOneGuyWho: "Not making a new BF thread for this since it's an incomplete ad. This is Walmart's BF 2019 ad showing only part of the videogame consoles page. I did not obtain this page, it was shared to me. I have no idea if it is real or legit but have faith in my source.

The ad is still in the testing phase and not complete at all. This may not be what prices are once the ad is out and this should be taken with a grain of salt. Enjoy, but again, this is not the finished product." 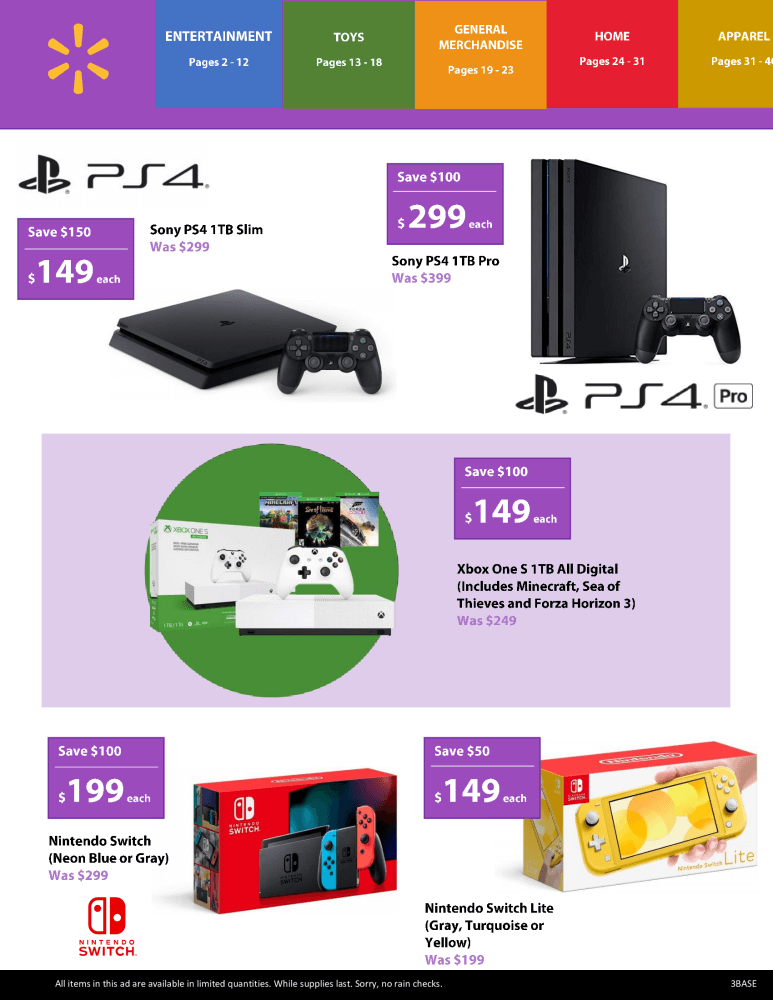 Senior Member
Contributor
Verified
Nice. but i think better to save money for PS5..

Senior Member
Contributor
Price drops on Black Friday?! This has never happened before.

Member
Contributor
I'm thinking of getting a PS4 from Amazon but am waiting for a 7.00 jailbreak

Member
Contributor
Verified
Considering nabbing another PS4 Pro, but probably from Ebay so I can make sure it has the right fw

Senior Member
Contributor
Verified
Nice but I already have PS4, and Switch. I will save my money for PS5 on day one release.

Member
Contributor
Verified
Better to start saving for the ps5

Member
Contributor
Verified
Agree, as I have PS4 Pro 1TB with 5.05, I'll save the money for PS5