In Wayward Strand, our heartfelt story coming to PlayStation 5 and PlayStation 4, step aboard a curious flying hospital, where life goes on around you as you play.

Wayward Strand is a new type of playable story, set in a uniquely crafted living world. It’s a thoughtful, heartwarming tale, woven together from multiple distinct threads, all of which play out simultaneously aboard an airborne hospital in 1970s Australia.

Explore themes of care and neglect, infirmity and death, friendship and community, inspired by personal stories.

Vigil's got your six in R6Extraction. Undetectable when using the ERC-8 Disruptor, Vigil operates in the shadows. The Archaeans will never see him coming!

Immerse yourself in soundscapes where it feels as if the sound comes from every direction. Your surroundings truly come alive with Tempest 3D AudioTech with compatible headphones in supported games.

Harness the power of a custom CPU, GPU and SSD with Integrated I/O that rewrite the rules of what a PlayStation console can do.

MyTEAM is Out of this World. Play the new tier in Domination, take on the Goon Squad in the all-new Space Jam Challenge, and pick up 2K21’s first ever GOAT cards in Season 9.

Dive into the mystical and dangerous world as a Hunter who must fight off demons as well as other deadly Hunters to bring an end to chaos in the world.

Hunter's Arena will launch on PS5 and PS4 in August 2021.
Active PlayStation Plus members can download Hunter's Arena at no extra charge from August 3 to September 6.

The coming war against the Sentients will require ALL players to fight together with the introduction of Cross Play and Cross Save.

Tenno across every platform (including Warframe on Mobile) will be able to seamlessly continue their adventure whenever and however they choose. Currently in development.


Eldest Souls At the Door of Death PS5 Trailer

In a final act of vengeance, the Old Gods have unleashed a great Desolation upon the world. Mankind's only hope lies with a lone warrior... and his greatsword of the purest Obsydian.

Auto Chess Season 13 Ocean Voyage is coming soon on July 22! With the new chess piece Gem Artisan from Civet race, Season 13 is sizing up to be a seriously epic upgrade to your battling experience!

Prepare yourself, Tenno. The New War is coming, and no one is safe. Old enemies have returned to the Origin System... will the factions unite against Ballas, Erra and the advancing Sentients, or buckle under the weight of a full-scale invasion?

Find out when TheNewWar launches on Warframe across all platforms later this year.

Learn from the past, make decisions in the present, and alter the course of the future in Cris Tales.

Cris Tales is a love letter to classic JRPGs created by Colombian developer Dreams Uncorporated where past, present and future are brought together on one screen.

Players can use Crisbell’s amazing ability to slip between time periods to both aid citizens across Crystallis’ kingdoms and perform surprise attacks on enemies. If Crisbell wants to save her magical world from the evil that threatens it, she must make use of her power to shape the past, present and future while gathering allies that will help her in her quest.

All other content rolling out today is free to all players, including two brand new tracks, fresh Playgrounds items and features, iconic liveries, and even more.

Your chance to explore the mysterious and dangerous island of Blackreef is just around the corner. Pre-order either the Standard or Deluxe edition of DEATHLOOP now to receive exclusive bonuses including unique weapons, character skins, and more!

If At First You Don't Succeed... Die, Die Again.

Discover the story of the numerical world of Recompile through a tour guide to the Mainframe. In this game you’ll need to repair the Mainframe from the inside: bypass broken areas, power up dead zones, and restore fragments of data. But don’t forget to override any Security AI... Before they override you.

Phigames and Dear Villagers proudly announce the release date for recompile, with a new story trailer that emphasize on the purpose of the hero in the Mainframe while showing off some of the stunning visuals and dynamic metroidvania-style action players can expect to encounter as they delve into Recompile’s Mainframe. Recompile will be available August 19, 2021.

It's About Time to wump into the N. Sanity

Get caught up on all the characters, worlds, and events that have lead up to Crash 4 in this Crash Bandicoot Story Recap that has been going on for the last 25 years 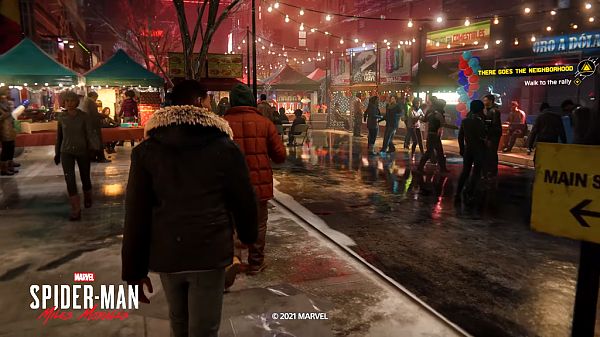 Senior Member
Contributor
Verified
DEATHLOOP looks like one of the best ones.