PlayStation 5 Price Affected by Costly PS5 Parts According to Reports

Business and Market news site Bloomberg.com reports that Sony is struggling on the PlayStation 5 Price due to costly parts (DRAM / NAND shortages) with current PS5 manufacturing costs around $450 per unit, and as a result they may wait for Microsoft to make the first pricing move for their upcoming Microsoft Xbox Series X next-gen console before finalizing a PS5 price by the 2020 Holiday Launch.

According to their report, the previously rumored PlayStation VR (PS VR) Headset is also planned to arrive after the PlayStation 5 launch. Below are some excerpts, to quote:

"The company's biggest headache is ensuring a reliable supply of DRAM and NAND flash memory, with both in high demand as smartphone makers gear up for fifth-generation devices, according to people familiar with Sony's operations.

Videogame companies often sell hardware at thin margins or even at a loss because they profit from lucrative game software and recurring online subscription services. Sony’s Chief Executive Officer Kenichiro Yoshida has said the business should be judged by the number of active users, not the number of hardware units sold.

'We must keep PlayStation 5's bill of materials under our control and we need to make the correct number of units in the initial production,' Sony's Chief Financial Officer Hiroki Totoki said at an earnings briefing earlier this month.

The ongoing coronavirus outbreak has had no impact so far on preparations for PlayStation 5 production, they said. Separately, Sony plans to release a new version of the PlayStation VR virtual-reality headset, tentatively scheduled after the PlayStation 5 goes on sale." 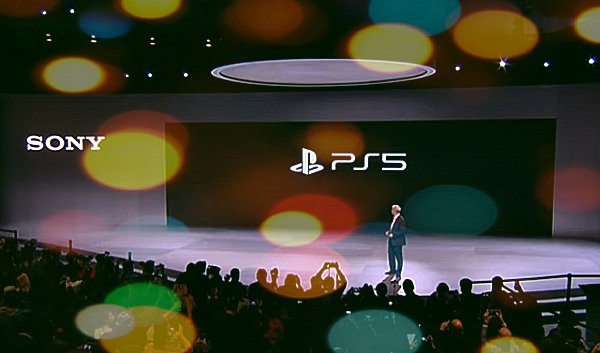 Senior Member
Contributor
Verified
means they will probably have low quality parts on the first gen versions unfortunately - as we all know the first gen usually is the most sought out because it comes with backward compatibility or other bells and whistles etc etc etc but a lot of these die early because they use cheap crap at first until too many complaints roll in... then low and behold out comes the next version but without the bells and whistles but a little bit less "death" rate/problems compared to the previous

Senior Member
Contributor
Like an idiot will go around buy every "pro" console ever again.
Sony always dragging people with their bullsh!t releases.

Make 1 great console that can last long enough till the next one.. All these variations of the same consoles is damn near a scam.

Senior Member
Contributor
so its due to be out at the end of this year. so its been in the making for sometime... and they have only just noticed that the parts are costly... hmmm cause we havent all heard bs stories before about companies selling at loss a lol

Senior Member
Contributor
Verified
Either BS to delay the price announcement or real and it further solidifies my conviction to not buy for the first year (or so). First console where I'll buy later since PS1. I just can't drop $500 on a system that'll sit in a closet for a jailbreak or break after a year anymore.

Member
Contributor
Verified
Buying day one is a bad investment, but that first console has all the vulnerabilities for hacks and stuff. It's a mixed bag

Senior Member
Contributor
after buying xbox one x and it had to be replaced after 9 months and the ps4 pro that sounds like a fecking jet... dont buy first batches from any money grabbing company lol

Member
Contributor
Verified
I still have a fully working OG PS2 (optical drive still plays Blu-rays too) and an even older SNES that work in excellent condition.. kinda miss the lead an asbestos in the product design, seems it helped keep things going longer and keep cost down too..

Senior Member
Contributor
Verified
@phnxnvrdies
I also have my Phat PS2 and it still works fine. However, I think that was the last gen where that was true because now there's so much that goes into a console, both moving parts and for heat dissipation that it's harder to keep them working.

However, the first batch is like a test run because improved revisions begin to show up on market within months. Full-on revisions within a year, two tops.