PlayStation 5 Rumors from Michael Pachter and Tidux with PS5 ETA

Before we jump in, if you haven't seen it yet there's a new Sony MEME in the Shoutbox message of the day (MOTD) and Nintendo Switch owners will be pleased to know BigBlueBox has officially kicked off the scene with some game cartridge dumps.

According to Michael Pachter Sony is expected to cut the PS4 price to $249 and the PS4 Pro price to $349 this holiday season, with GamingBolt.com reporting he also states the PS5 will likely be backwards compatible with the PS4 Pro and may launch in 2019.

Tidux also shared some juicy rumors of his own over the last 24 hours, hinting that the PS5 may be announced at E3 2018 and released in late 2019... which corroborates the Wedbush Securities analyst's PlayStation 5 ETA as well.

So got 3 rumors for you, I don't now anything about it, how true or not it is but I will share with you and let time will tell
1. PlayStation and Level 5 is making a #Robotech game.
2. PS Now will be released worldwide and be a part of a new PS Plus plan.
3. PS5 announced at E3 2018 released late 2019
To be super clear, I have no idea if there is any substance to these rumors.

Feel free to share your thoughts on these PlayStation 5 rumors in the comments below, and thanks to @ArthurBishop for passing along the news tip in the PSXHAX Shoutbox! 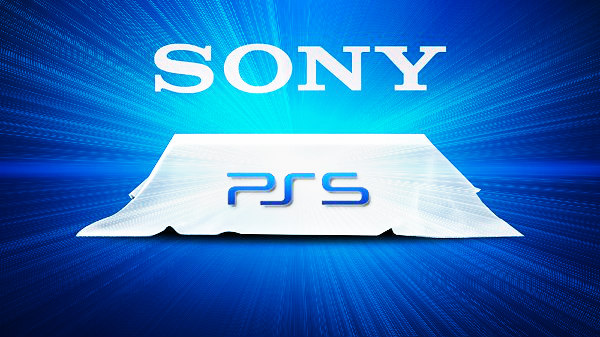 it's already an old Rumor

Senior Member
Contributor
hope only if a PS5 Pops Up it comes with a Top Cooling System and a nice Chasis Design ... not like the old ones ... PS4 looks like an old VHS from 70-80´s ... Cooling was always crap ... easy Laser Cleaning, so we don´t have to open the crappy machine always

Senior Member
Contributor
Verified
I hope this is bullsh!t, the pro was just barely released, games take much more time nowadays to develop and tecnology evolution is slowing down.

also conidering next gen will have to do native 4k with a significant graphical improvement, I dont see how releasing next gext gen before late 2020 is a good idea

Senior Member
Contributor
so the xbox one x will enjoy being the flagship console for less then a year?

games are losing replay value. the number of new and innovative kind of games are getting less every new generation. instead of considering this if you are gonna release new consoles then get ready for another industry fall off.

2020/21 will be right for releasing anything new, microsoft is yet to deliver a new AAA title widely liked by the masses this gen.

sony on the other hand has yet to release god of war and gran turismo. and not even a single grand theft auto ever came exclusive to this gen. last gen had three and the ps2 era had 5/6.

No more exclusives, look at upcoming games in fall.....

There are less and less exclusive games for Xbox or PS4, in 2017 is a big change: most of the AAA games are also released on Steam. The "exclusive AAA games" on consoles was a solid argument untill 2016 but nor more in 2017.

So what are doing M$ and Sony doing: every 2 years there are releasing a new 500$ machine ? with a very few exclusive for their consoles ? The games are not optimized for the ps4 pro or the next ps5 ? The games are more expensive than on Steam & you have to pay PSN ? backups on console impossible (on PC all new games are cracked day 1) ? No trainers, no mods ? And what about that war about 4k (in 30fps) ? What players really want ? Play in 1080p full setting at > 100-60fps or play in 4k not full settings (because it has to compatible with the old ps4) at 30fps ?

Note for PSXHAX: maybe could you add a new category "PS/Steam" ? (because for the future of gaming is certainly not on consoles anymore)

Senior Member
Contributor
Sorry, but Xbox One exclusive games stay on Xbox One and rarely get a Win 10 release, if anything. You could also argue that Sony's first party PS4 games, which are usually not released on PC, are also worth it.

Plusses of consoles before mods:
I think you meant PC/Steam category?

Sorry, but your rant is just full of holes.