According to reports the purported PlayStation 5 Devkit is codenamed Prospero (presumably after the protagonist in William Shakespeare's The Tempest play), and recently a Sony Patent was spotted by ZhugeEX with the World Intellectual Property Organization (WIPO) for an AI-powered voice assistant called PlayStation Assist that is rumored to be utilized in their upcoming PS5 console.

Akin to Google's upcoming Stadia video gaming platform and similar to Amazon Alexa, Apple Siri or Google Assistant when a command such as "Hey PlayStation" is called Sony's PlayStation Assistant would theoretically respond providing the requested information and dynamically update the game accordingly... such as marking locations on a map for requested health packs, for example.

PlayStation Assist could also offer players contextual gameplay assistance through helpful game tips, walkthroughs or specific advice and strategies based on their current game location and progress... to quote from the Patent:

“The present disclosure describes methods and systems directed towards identifying player engagement to generate contextual gameplay assistance. User gameplay information is monitored so that the user can be provided assistance within the video game where the user may have problems.

User gameplay information is monitored in order to identify what type(s) of assistance could be provided to the user. The information can be based on the current level of frustration of the user with the video game.”

Below are some additional details on the rumored PS5 Siri-like voice assistant for in-game help from GamesRadar.com, to quote:

"According to the patent, the system will be able to take voice commands directly from your console via an activating phrase, in this case "Hey PlayStation".

Several of the patent illustrations used Skyrim (which is already playable on Alexa) as an example, with a player asking about where to find a steel sword or requesting more information about an enemy.

The assistant could hook into a 'deep learning engine' to give contextualized answers based on the current state of the game, temporarily shrinking the game's screen space to display the answer next to it on your display.

Or if your phone is synced up with the system, it could beam all the information straight there through a handy SMS-style conversation with your console."

Finally, as we get closer to the PlayStation 5's official launch we'll be sure to share any related rumors and updates in the PS5 News section.
Update: Another Sony patent surfaced from the World Intellectual Property Organization (WIPO) via HyperXGaming.com for an AI that suggests microtransactions if a player gets stuck... to quote:

“Often, there may be an in-game resource of the game environment that could aid the user in accomplishing the objective with the character.

The in-game resource may be downloadable content (DLC), add-ons, upgrades, items, tips, strategy, communal data, etc. However, the user is not necessarily aware that such a resource exists.” 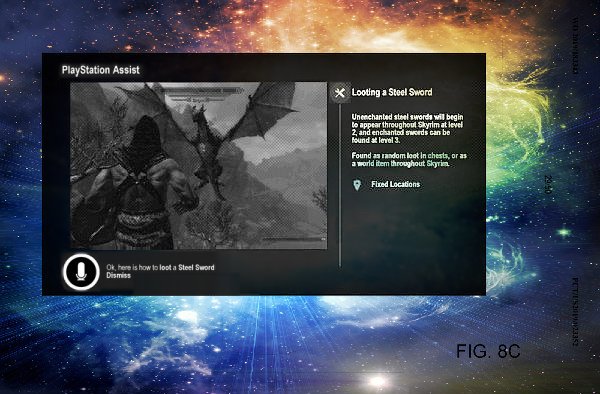 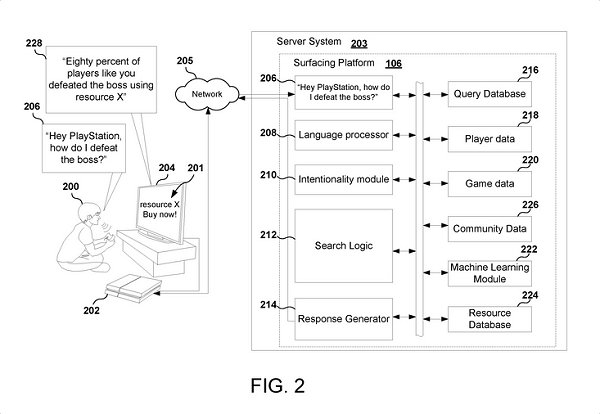