According to a Twitter reply from yifanlu when asked if Sony botched up PS Classic security signing with public keys, he stated "No rather they used GnuPG to sign/encrypt and they left in their private keys."

Below is the latest progress / videos from bakueikozo, nvsofts, puhitaku, yifanlu and others including anima22 via emuonpsp demonstrating a PlayStation Classic root shell through the UART serial connection with a start.sh script and replacing / swapping out stock games such as Battle Arena Toshinden with their own including a Crash Bandicoot (Prototype) to get them running on the PlayStation Classic!

EMMC dump of PlayStation Classic with SD card reader-[Extra edition] dump PlayStation Classic EMMC-Zopfcode
Finally connected
PlayStation Classic, I tried to put the shell to rewrite eMMC
I rewrite the root of the/etc/passwd to laugh and the timing is too same www after, because it is a style that does not fear God, the w that is mounted and rewritten in the D0 connection without taking backup of the dump, Since I put it in the console from here dd if =/ dev/mmcblk0 in the image acquisition
I actually made the image file of the game and tried to load it. I don't see the place where I'm stabbing, but I read it from USB memory. It's completely manual now, but it can be properly incorporated if you do well. PlayStation Classic hack done. Play so far. Chingin, get back to work...

PlayStation Classic hack complete. I can play any games from my shelf. Load game image file on USB storage.
gg Sony please learn what a private key is kthxbye
Apparently Sony used a public key to sign software on the PlayStation Classic. People are basically just laughing at it now and loading images to test on the system.
PlayStation Classic root shell through UART serial start.sh script:

Code:
No rather they used GnuPG to sign/encrypt and they left in their private keys.
Oh, wow. That's even worse.

Here are some other PlayStation-related Tweets lighting up Twitter today, including what appears to be an MSXOrbis game .ROM browser and OpenGL for PS4:

Some also report using BleemSync can help get the most out of the PS Classic, to quote roughly translated:

From the README.md, to quote: BleemSync

Update #2: A PSClassicTool.exe GUI is now available from elierodrigue making the above process simpler for many, with details from the README.md as follows:

Update #3: Morphisor also made available a PSClassicEdit application with details from the README.md as follows:

RetroArch ported to PlayStation Classic!
Download: oecore-x86_64-cortexa7hf-neon-vfpv4-toolchain-nodistro.0.sh (106.06 MB)
HOW TO USE Dual Shock 4 (PS4) Controllers On The PlayStation Classic With Analog + Rumble
From Dev genie (ala nuagedan100) also comes PSClassicMiniGui version 0.1 to add your games quickly and easily!

PLAYSTATION CLASSIC ULTIMATE
And from pascl comes pbPSCReAlpha which is used with PSClassic in order to view, edit and Re-sort Alphabetically the contents of an USB drive used with bleemsync.

Cheers to ZachZS for the heads-up on this PlayStation Classic hacking news earlier today! 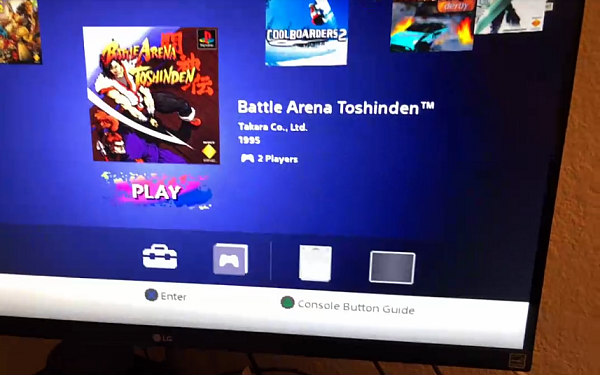 the annoying part though is that the internal memory is only 16GB, so you wont be able to store that many games on the PS classic like you were able to with the NES and SNES classics.

Senior Member
Contributor
Could have been soft mod

Senior Member
Contributor
Is this post related to ps4 jailbreaking ?

Member
Contributor
But the question now is... Are we gonna be able to put a program on them or something else on a usb stick and root/hack the classic??

Developer
Senior Member
Contributor
Verified
@SpaceXX We are on PSXHax. Not PS4Hax. LOL

Also this is great news! Might buy one now!

Here's a good read (Hacking Hardware With A $10 SD Card Reader.pdf) on how the emmc was dumped. Its generic but ultimately the same process.