PS4 News       Thread starter PSXHAX       Start date Apr 4, 2017 at 9:55 PM       1,502       2
Starting today the limited-time PlayStation Humble THQ Nordic Bundle of PSN games is available, with proceeds supporting the Hand in Hand International charity or one of choice from a list of thousands on the Humble THQ Nordic PlayStation Bundle page.

Not only are a bunch of great games up for grabs, but the bundle also supports Hand in Hand International, a charity that nurtures grassroots entrepreneurship to fight poverty in over 14 countries (and counting).

If you’re not familiar with how Humble Bundles work, you choose how much you want to pay, with higher tiers unlocking more games. No matter how much you decide to pay, you can allow the default split of your payment, or you can choose where the money goes – between the developer, Humble Bundle, the featured charity, or even a charity of your choice from their database of over 30,000 options.

The following games are included in the bundle: For $1 or more, you get:
If you “beat the average” price for the bundle, you’ll get all the above plus:
Pay $15 or more to get everything above plus: 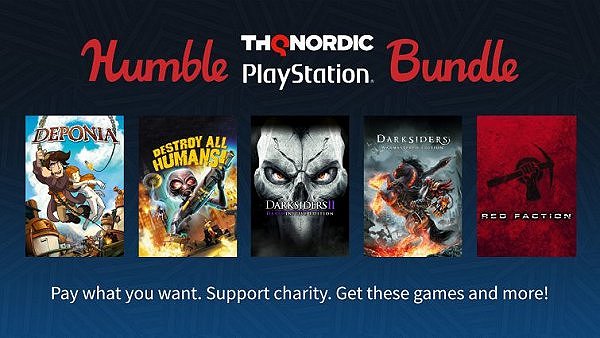