Below is the latest PS Now trailer video from PlayStation Network VP Grace Chen and a FAQ outlining all of the recent PlayStation Now changes courtesy of Social Media Director Sid Shuman to quote:

In a nutshell, how is PS Now changing?

Additionally we are offering PS Now at a new lower price, keeping it line with pricing of other entertainment streaming services. Here are the prices starting today:
I’m an existing 12-month subscriber. What will change for me?

You will see the new reduced price reflected on your next billing cycle. You’ll also have access to the newly announced blockbuster titles on the service. Otherwise, your service will remain the same, and you can continue to enjoy the hundreds of games currently available.

How often will new titles be introduced to the PS Now catalog?

Each month, the service will add a selection of popular games that will be available for a limited period. This is on top of the existing offering of popular evergreen titles that are added to PS Now on a regular basis.

Will I still be able to stream or download PS Now games included in the subscription plan?

Downloaded and recently streamed games will sit in your PS4 library alongside any other games you’ve purchased from PS Store, or any recently played disc-based games on the homescreen. It’s easy to switch between streamed or downloaded games.

PS4 offers both download and streaming support. On PC, only streamed games are supported.

On your PS4 system, you can browse the PS4 title you want to play on the PS Now service. There, you will see a streaming or download option. Just hit the download option and you are good to go. Otherwise if you are browsing through the PlayStation Store you’ll see a PS Now button on any title included in the service, so you can choose to download or stream.

PS Now games downloaded to your PS4 will appear in your library just like any game you purchase from PlayStation Store. Downloads are only compatible on PS4 or PS4 Pro, and are not supported on PC.

What’s the difference between playing a downloaded game and streamed version?

Games downloaded from PS Now run locally on your PS4 console at their native graphic quality and sound output modes, so the quality can increase up 4K (with a PS4 Pro) if the game and your TV supports it. Downloaded games with PS VR support are also playable using your PS VR system.

Additionally, some online features, such as add-ons and online mode, will only be accessible through the downloaded version of the game. Streaming quality will vary depending on your internet speeds and bandwidth, requiring a minimum of 5Mbps.

How many games can I download from PS Now?

There is no limit to the number of games you can download from the PS Now service, as long as you have sufficient hard drive space.

When I’m offline, can I play games I’ve downloaded?

Yes. However, when playing a downloaded game, you’ll need to connect to PSN every seven days to validate your PS Now subscription and maintain your access to the game.

Do DLC and add-ons work with downloaded games?

What about PS VR? Are you adding any PS VR titles to PlayStation Now?

We don’t currently have any plans for PS VR games to be added to the service for streaming. However, any games you download from PS Now that have PS VR support will work just as well as if you downloaded them from PlayStation Store.

Can I use PS VR or other peripherals with games downloaded from PS Now?

Will games from the next-generation console eventually be made available through PS Now?

PlayStation Now focuses on bringing to you the best games from the PS2, PS3 and PS4 libraries. We have no plans to discuss next-generation games right now.

Do games in the PS Now service have Trophies?

Yes, games in the service supports trophies just like a disc or downloaded version of the game. Trophies are unlocked in real time and sync to your account. PS4 gameplay activity and trophy unlocks appear in your activity feed seen by other players on the PS4 dashboard.

Does PS Now support multiplayer for both PS4 and PC?

Yes, games in the PlayStation Now library support multiplayer, just like the retail versions of the game. Multiplayer invites can also be sent and received, just like normal.

In addition, you can enjoy PS4 and PS3 multiplayer games online through PS Now without a PlayStation Plus subscription. PS Plus is required for online multiplayer access for PS4 and PS3 games outside of the PS Now service.

Is there a combined PS Now & PS Plus subscription offering?

What devices can I use to play games with my PlayStation Now subscription?

PlayStation Now is currently supported on the following devices:
Is there a PS Now app for Mac?

Can I play PS Now games on my smart TV, smartphone, or tablet?

PS Now is only available on PS4 and PC. It is not currently supported by smart TVs, smartphones or tablets.

What happens if I cancel my PS Now subscription? Will I be able to retain my save progress or other data?

Downloaded games will store their save progress onto the PS4 console automatically, just make sure you don’t delete the saved data if you’d like to return to your progress either through PS Now or through buying the game on PS Store.. Also, if your PS Now subscription expires, you’ll lose access to your save progress associated with that game. However, should you re-subscribe to PS Now, or purchase the game from PS Store, you’ll be able to access your saved data again.

Can I request a refund of my existing PS Now subscription?

What kind of internet connection do I need to stream games on PS Now?

As a minimum broadband speed, we recommend 5Mbps. We also recommend using a wired connection and limiting the use of other network connected devices to get the best experience.

For downloadable games, you just need a stable connection to the internet to start downloading.

What are the minimum requirements for PlayStation Now on PC?
However for optimal performance, the following specs are recommended:
Can users connect controllers to their Windows PC to play?

Yes, users can connect their DualShock 4 via USB.

Can users connect their Bluetooth audio to PC while playing on PS Now?

Yes, as long as the audio device is compatible with the PC unit, gamers will be able to enjoy the audio from PS Now games through their PC-supported audio device.

Can I use third-party controllers?

If the controller supports PlayStation 4 systems, then you can play PlayStation Now on PS4. The Windows PC app is built to work only with DualShock 4. Third party controllers are not supported on PC.

Can I use PlayStation Now to stream to other devices via Remote Play?

For more information about PS Now, please visit our webpage.

**Game availability will vary by country 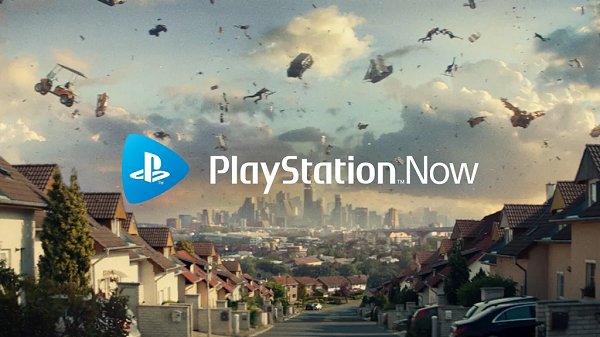 Member
Contributor
Verified
I understood everything now
Thank you