PlayStation Plus New PS4 and PS5 Games for January 2022

Since their last update Sony recently revealed the new PlayStation Plus games for both PS4 and PS5 consoles arriving in January 2022 featuring Persona 5 Strikers, Dirt 5 and Deep Rock Galactic all available beginning next week on January 4th.

Below are additional details on each incoming PS Plus title courtesy of SIE Content Acquisition & Operations Director Adam Michel, to quote:

Jump into the stylish world of Persona in an all-new story featuring the Phantom Thieves as they embark on an epic road trip across Japan.

A summer vacation with close friends takes a sudden turn as a distorted reality emerges, thrusting you in an epic tale as you strike back against the corruption overtaking cities. Dynamically control your team during explosive action combat as you reveal the truth and redeem the hearts of those imprisoned at the centre of the crisis.

Blaze a trail on global tracks, covering gravel, ice, snow and sand, with cars ranging from rally icons to trucks, to GT heroes. Race on over 70 routes across 10 global locations – from New York’s frozen East River, to the glimmer of Norway’s Northern Lights.

Work together as a team to dig, explore, and fight your way through a massive cave system filled with hordes of deadly enemies and valuable resources. You will need to rely on your teammates if you want to survive the most hostile cave systems in the galaxy. 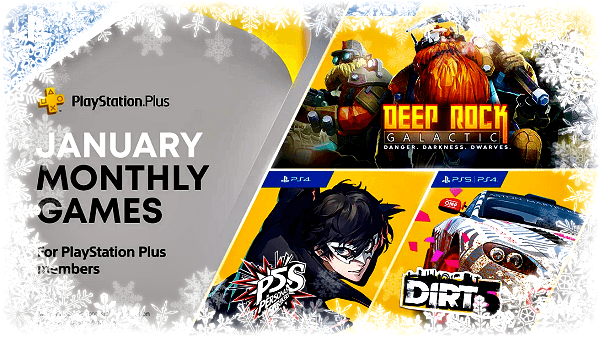 Member
Contributor
Verified
Give Deep Rock Galactic a shot. It's one of the best games for hunting cave dwellers and minerals with buddies.