The intergalactic adventurers are back with a bang. Help them stop a robotic emperor intent on conquering cross-dimensional worlds, with their own universe next in the firing line.

Witness the evolution of the dream team as they’re joined by Rivet – a Lombax resistance fighter from another dimension.

World of Warships: Legends releases their PlayStation 5 native client on April 26th, bringing graphics and performance improvements to the next generation!

Take to the seas with 4K 30 FPS and 2K 60 FPS support, plus faster loading times. Check out the video to learn more about the game!

Maximize your play sessions with near instant load times for installed PS5 games.

Lemnis Gate is the revolutionary turn-based combat strategy FPS taking place in a time loop. Harness the abilities of powerful operatives and compete in mind-bending 4D battles as you disrupt the past to change the future.

MMO squad-based shooter Enlisted (available on PlayStation 5) just started closed beta of brand new campaign - Battle of Berlin, recreating one of the most brutal battles of World War II - a fight between Soviet and German forces taking place in the German capital in 1945.

To get early access, you may purchase Enlisted - Battle of Berlin bundle in PlayStation Store.

Hood: Outlaws and Legends, the multiplayer PvPvE heist game from Sumo Digital and Focus Home interactive today unveils its first post-launch plans in a new trailer. Gather your team of Outlaws and attempt to steal treasure from an oppressive government in a dark and violent medieval world.

All players can look forward to a wealth of free gameplay content across the first year of post-launch support, while those who purchase the game’s Year 1 Edition will gain access to three premium Battle Passes covering three seasons, to unlock exclusive cosmetics.

Watch today’s Post-Launch Content Trailer for a first look at what you can expect to see in the months ahead! Free post-launch character and map revealed!

The righteous and ruthless Dan Moroboshi, equipped with the powerful Ultra Suit 7, slices his way into the arena as DLC #4 for Override 2: Super Mech League's ULTRAMAN Season Pass. Play now on PS5 and PS4!

Neymar Jr can be contained no more! Starting April 27, tackle his Battle Pass Quests to unlock his Outfit.

Experience haptic feedback via the DualSense wireless controller in select PS5 titles and feel the effects and impact of your in-game actions through dynamic sensory feedback.

To uncover the truth behind her far-future Mesoamerican metropolis, she'll have to turn the Gods' power against them, as she soars through the city with power and grace using an ancient artifact, remnant of a time long forgotten.

“Time is like a tide... no matter how hard we fight, we can never stop it.”

Take on the hostiles of Atropos as Selene and uncover hidden secrets while trapped in a chaotic time loop. Break the cycle in Returnal, launching April 30 on PS5.

Roll out the red carpet, Destruction AllStars Season 1 – Hotshots is nearly here. Play as the newest AllStar, Alba and score tons of seasonal swag with the AllStar Pass.

Apex Legends – Legacy brings a new form of competition: Arenas. Drop into a new action-packed 3v3 game mode. Sharpen your skills in new, bespoke maps like Party Crasher and Phase Runner. It’s just your squad and their squad, so hiding isn’t an option.

We’d wish you luck, but in Arenas, there isn’t any. This is a true test of skill.

Get to grips with immersive adaptive triggers, featuring dynamic resistance levels which simulate the physical impact of in-game activities in select PS5 games.

There’s something strange in your Planet Coaster neighbourhood!

Planet Coaster: Ghostbusters adds a brand new rollercoaster, an interactive Ghostbusters dark ride and a fully voiced narrative campaign with Dan Aykroyd and William Atherton along with a few surprises!

You are the director! Create epic scenes and legendary moments with the Studios Pack.

Build the ultimate backlot tour and bring the blockbuster experience home with three new rides, almost 400 new scenery pieces, and nearly 100 new blueprints that put guests in the heart of the action.

Current gen improvements are coming to Wreckfest. Wreckfest is coming to PlayStation 5 on June 1st, 2021.

Immerse yourself in soundscapes where it feels as if the sound comes from every direction.


Subnautica: Below Zero at State of Play PS5 Trailer

Learn more about Subnautica: Below Zero, arriving on PlayStation 4 and PlayStation 5 on May 14.

Returnal developer Housemarque tours the first two areas of the game, discussing weapons, lore, and more as they proceed through the cyclical alien world of Atropos.

Are you ready to face the gravity, racing on crazy tracks built on a vertical map? This is the Skyscraper, guys! Take a look at the new Hot Wheels Unleashed environment.

Craft your way to the top of the leaderboard in PlayStation Challenges on PS5 - Sackboy Knit-Speedrun Challenges.

Earn exclusive costumes & prizes whether you stroll though the course once like a leisurely sackling or zoom through multiple times like a legendary Knitted Knight.

Get a FREE in-game bundle to celebrate Season Three of Call of Duty: Black Ops Cold War and Warzone. Featuring an Epic Operator Skin for Garcia, an Epic Weapon Blueprint, 2XP token and much more! Limited time only for PlayStation Plus members.

Immerse yourself in worlds with a new level of realism as rays of light are individually simulated, creating true-to-life shadows and reflections in supported PS5 games.

Check out the most in-depth look yet at Ratchet & Clank: Rift Apart. You'll see brand-new gameplay with Rivet, deeper looks at some of the new weapons from the out-of-this-world-arsenal, and glimpses at the variety of worlds, characters and gameplay you'll experience in the full game.

This Thursday, feast your eyes on more than 15 minutes of new Ratchet & Clank: Rift Apart footage, plus a quick look at a pair of upcoming indie titles.

There won’t be any hardware or business-focused updates in this show – just loads of explodey goodness from Insomniac Games. 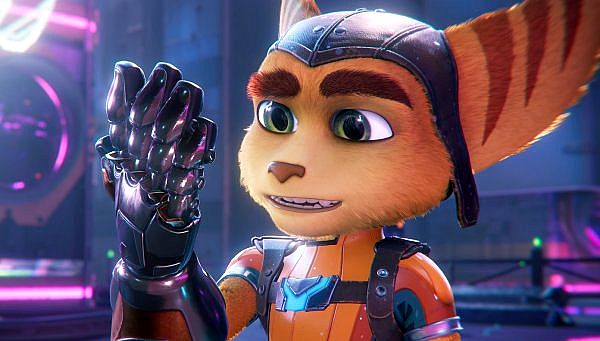 Member
Contributor
Verified
thanks a lot

Member
Contributor
Verified
Seems to be a whole year after release... And the state of play is minimal for the PS5. The PS4 has gotten a second wind from it though.

Member
Contributor
Verified
thanks for sharing!! excited for ratchet and clank!

Member
Contributor
Verified
Nice, can't wait to play some of these