The page states the following, thus far: PlayStation Studios is home to the development of Sony Interactive Entertainment’s own outstanding and immersive games, including some of the most popular and critically acclaimed titles in entertainment history.

To quote from MP1st.com on this news: "The featured game on the store is Sony Bend's Days Gone, which will be out on May 18, while games like Horizon Zero Dawn, Helldivers, Predator: Hunting Grounds and more are showcased, too.

There are also a number of DLC, which is why the number shows as 41 games, but the reality of it is that this is a combination of both DLC and games available. What's interesting about this is that only 24 pieces a games and DLC are actually viewable, and while Days Gone may have some extra DLC of some sort to stack that number up, we doubt it’s an extra 17 pieces of content."

While some are curious if this move may be 'the beginning of the end' for console-exclusive games, others believe such titles can coexist in harmony on both platforms. Let us know your thoughts in the comments below. 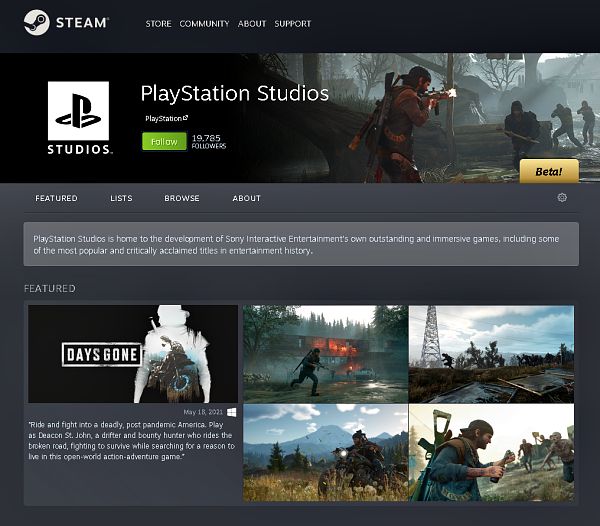