Here are all the details courtesy of SIE Global Competitive Gaming VP Steven Roberts, to quote:

In our efforts to make PlayStation the best place for gamers to elevate their competitive play, we’ve invited challengers of all skill levels to compete and grow our competitive community with over 16,350 tournaments across 70 countries in eight languages.

With the addition of Apex Legends and Rainbow Six Siege to the Open Series, FPS fans will have an expanded range of options when deciding to squad up with friends. We’re delighted to keep motivating fans to Play, Watch, and Learn with these fan-favorite titles coming to the PlayStation Tournaments: Open Series in September.

The Competition Center currently features 17 Open Series competitions across a broad range of genres for players of all levels to improve, build reputations, and win exciting prizes. Our team is dedicated to growing the community through even more Open Series games in the future, but first let’s explore our new additions.

Play one of 18 Legends, ready up with friends, and survive in this innovative hero shooter game. Every match starts the same way. Teams must pick a landing spot, then loot for weapons. The real strategy comes from understanding when to fight or run based on your health, position, and equipment.

With the latest Emergence update, it’s never been a better time for newcomers to play Apex Legends and explore tons of fresh content, including new maps and cosmetics! Squad up with friends, then aim for first place in custom Open Series lobbies.

You might even learn a new trick from the competition. Outscore opponents through kills and placements in any of the four open qualifiers to reach the Monthly Final. Discover new strategies or show off your coordination for greater cash prizes.

Sign up to drop in on the action on September 1st.

Must be 18+ and a resident of an eligible country. Void where prohibited. See [I]full rules[/I].

Grab your friends and work together to outplay your opponents when Rainbow Six Siege drops onto PlayStation Tournaments. These competitions pit two squads of five against each other in TDM Bomb, where you’ll deploy your cooperation, time management, and communication skills to defuse bombs before time runs out.

That is, unless the defending squad eliminates you first! Choose from more than 60 Operators, each with unique abilities, then play different combinations to find the perfect match for your team. Rainbow Six Siege also tracks in-game stats.

Analyze your performance to improve before gaining recognition in the community. You’ll even earn prizes like themes, avatars, and cash on your way to the objective. Create your gameplan today.

Active PS Plus membership required. Must be 18+ and a resident of an eligible country. Void where prohibited. See [I]full rules[/I].

To connect with more players in your favorite competitive communities, and to see more information on the complete Open Series offerings in your region, visit Compete.PlayStation.com. 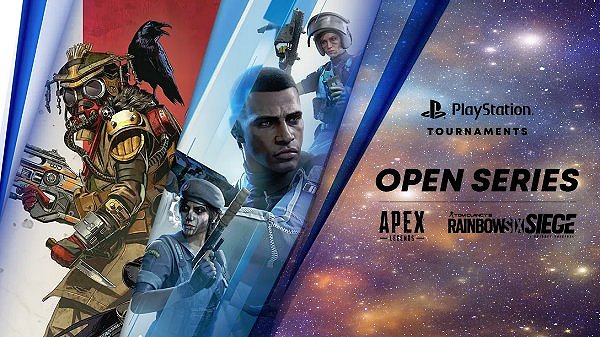