This news comes following Sony's 7.00 PS4 Firmware Update and official PlayStation 5 Launch details earlier today... Here's what she had to say, to quote:

First, we are pleased to be working with a number of games studios to bring you some exciting details for a few of our upcoming PS VR titles. These include:
In Bonfire, players can look forward to becoming the star of an absurd alien adventure with famed comedian and actress Ali Wong. After crashing your spaceship in an alien jungle with a wary robot sidekick, it is up to you to navigate an immersive world and animated movie-like space survival story of trust and friendship where every decision matters.
Audica is a new and colorful VR Rhythm Shooter from Harmonix, the makers of Rock Band and Amplitude. Armed with a pair of rhythm blasters, players can shoot and smash targets to the beat of an amazing soundtrack as they battle for the top spot on Audica’s leaderboards.
Paper Beast is a playful exploration game born from the dust of big data where players can undertake a virtual journey of discovery through a colourful and interactive ecosystem filled with puzzles. Meet unique wildlife such as the BernardShell, and help them to navigate across various environments such as rivers filled with slippery obsidian rocks from water erosion.
Pixel Ripped is back with a brand new nostalgia-fueled virtual reality game-within-a-game, this time in 1995! To save multiple dimensions, our hero Dot recruits the help of David, the best gamer from 1995. Face challenging throwbacks to all your favorite 16-bit and 32-bit classics while surviving the struggles of a typical nine-year-old.

In The Room VR: A Dark Matter players can enjoy a spine-tingling world designed from the ground up for the unique capabilities of virtual reality. Explore cryptic locations, examine fantastic gadgets and discover an otherworldly element that blurs the line between reality and illusion in this new chapter to the award-winning game series, The Room.

Lastly, this October 8 through 22, players in the US can expand their PS VR portfolio with a special anniversary sale, where exciting titles such as s The Elder Scrolls V: Skyrim VR, SUPERHOT VR, Wolfenstein: Cyberpilot, Batman: Arkham VR, Doom VFR and Creed: Rise to Glory with more up to 70% off!

For a full breakdown of games, please see below – and then be sure to visit PlayStation Store starting tomorrow! 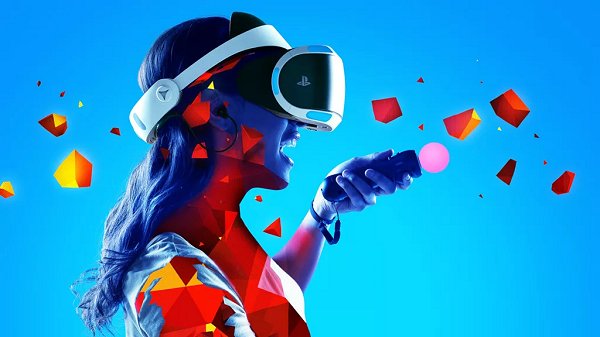