To celebrate PlayStation VR's fifth anniversary, Sony Peripherals Marketing and Licensing Senior Director Isabelle Tomatis announced that starting in November PlayStation Plus members will get three PS VR bonus games for no extra charge with further details coming in the next few weeks. For those curious:

Check out the latest and greatest VR games you can play on your PS5 or PS4 consoles.


Also below is a new round of PlayStation 5 Gameplay Trailers for those in the PS5Scene to enjoy!

Tony and Clyde is coming on OCTOBER 19TH.

People sometimes ask me who Tony and Clyde are. And I tell them: They’re not simple thugs from the streets. But they’re not highly trained criminals or professional robbers, either. NO WAY! There’s more to them than just that. You see.

Some like a bit of the good life: the big piles of money, the glamour of being reverenced in the streets. Others are addicted to the adrenaline rush of an ongoing heist, combined with the smell of recently burned gunpowder, followed by the sound of empty shells falling on the ground.

Adversaries abound between the real world and the Otherworld in MONARK! Who are your enigmatic opponents? What are their motives? And can you and your allies stand against them?

We're comin' through! Time to check out new PS5 gameplay for Demon Slayer -Kimetsu no Yaiba- The Hinokami Chronicles, arriving October 15 on PS4 and PS5.

Eva Levante invites you to join a Last City tradition that celebrates the light we find in the darkness. Gather round the campfire with your fellow Guardians, dig into your overflowing bags of candy, and fondly recount the tales of those who were lost but will never be forgotten.

The world of Riders Republic has something for adrenaline-seekers everywhere. Take a look at the massive outdoor playground that awaits when the game releases on October 28.

Experience the ultimate Super Monkey Ball adventure that GamesBeat praises as “the best Super Monkey Ball has ever been.” 300+ levels and mazes, 12 delightful Party Games, and a charming cast of characters including Sonic & Tails, Kazuma Kiryu, and Beat form Jet Set Radio make their return in this “brilliantly simple” (Destructoid) remaster of the original three SMB games.

Challenge your fate. End 300 years of tyranny. Tales of Arise is now available on PlayStation. Discover a mesmerizing world and see what the critics are raving about!

Welcome to the Species Field Guide, a series focused on bringing you up to date information on a range of the prehistoric animals and dinosaurs in Jurassic World Evolution 2. This week is focused on another new marine reptile, the Plesiosaurus, identifiable by its long slender neck and board turtle-like body.

Get ready to see Plesiosaurus and many other prehistoric animals in Jurassic World Evolution 2, A World Evolved. Coming to PlayStation 5 and PlayStation 4 on November 9th 2021.

8-Bit Adventures 2 is everything you love about classic JRPGs - with all of the charm, heart and soul, but none of the inconvenience. And it’s coming soon to PlayStation 5 and PlayStation 4!

It may be a sequel, but anyone can jump into this brand new JRPG adventure!

Get a FREE in-game bundle to celebrate Season Six of Call of Duty: Black Ops Cold War and Warzone. Featuring an Epic Operator Skin for Kwan Song, an Epic Weapon Blueprint, 2XP token and much more! Limited time only for PlayStation Plus members.

Catty & Batty: The Spirit Guide is a casual couch co-op puzzle game, inspired by Lemmings and Tower Defense! Play as Catty or Batty and build a path to guide spirits home.

With the unpredictable Guardians at your side, blast your way from one explosive situation to another, with original and iconic Marvel characters caught in a struggle for the fate of the universe. You got this. Probably. 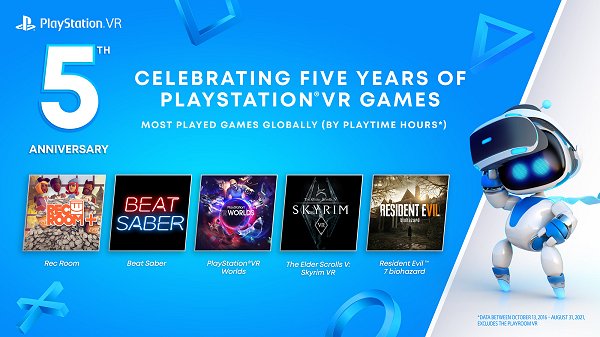