It is a tool only to run homebrew for the PS2 without Chip !!! But there is also a Homebrew called ESR to run PS2 games

This is an Free Memory Card Boot (FMCB) installer. It was previously known as the "Unofficial FMCB v1.8C" installer.

No part of it was directly re-used from FMCB v1.7 itself, but parts of it were based or referenced from the code of FMCB v1.7.

The files in the fmcb-install folder are from Jimmikaelkael's PS3MCA project. Of course, I didn't include the questionable files which Sony claimed as a breach of their copyright.

How to use this

Download the archive linked to in the downloads section

Extract the contents into one of these places:
A USB device
A CD/DVD
A Memory Card (Not the memory card that FMCB will be installed to)

Launch the installer with your Playstation 2 console

Changelog for v0.97:
2016/01/10 re-release:Re-compiled to fix broken strings table, large files can now be copied properly to the HDD unit (copied in blocks) and fixed size computation of the unused areas of the HDD unit by making it compliant with the homebrew APA driver.

I think that I've fixed all of them by this release.

I've spent slightly over a hundred hours working on this, and I hope that it works well.... but of course, anything could go wrong - so I have provided a memory card dumping and restoration facility within the installer.

The file will be saved to the directory where the main executable of this installer resides in.
Caution! You can only make one dump of a card from each port. Making additional dumps will overwrite the previous dump.

During development, I have sent 2 out of 3 of my cards to their graves and damaged the filesystems of all of them too. Thank goodness for the dumps that I made at the beginning of this project!

(I seriously don't know what's wrong with those damaged cards... they were hardly used and now they cannot be detected at all).

!!! WARNING !!! If you make a multi-install, do not delete any of the B*EXEC-SYSTEM folders or any of the OSD*.elf files inside them!

Doing so might result in SEVERE data loss. Do not delete uninstall.dat from the SYS-CONF folder either, or you will probably be stuck with the multi-install files forever.

Notes regarding the sources

The sources have been released. Check out the downloads section below.

Within the sources, I have created:
Hopefully, they will be useful for the homebrew community after their release.
Supported languages

For more information on supported languages and how support for languages can be completed, click here. A template for translating this software is provided in the downloads section of this page.

Note: The source code for the FMCB installer gets updated with the FMCB releases as well, as it contains the FMCB binaries. The installer itself might not receive updates in every release.

If anyone wishes to link to the file(s), please just link to the home page. If the link(s) go down, I'll try to re-upload the resource(s) somewhere else. 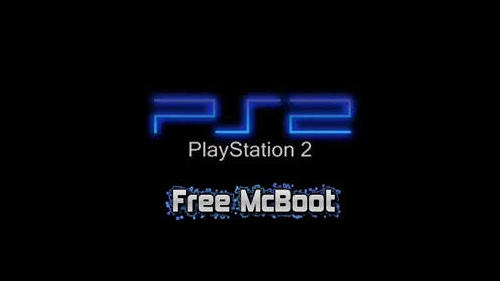 Staff Member
Moderator
Verified
Thanks again @mcmrc1, promoted to the news also... I had to put it in our Random Stuff forum since we have no designated PS2 section as it's a legacy console.

Senior Member
Contributor
Verified
There is one thing missing there, to install this your console MUST be pre-moded with chip or needs to have previous installation of FMCB to be able run unsigned code

Developer
Senior Member
Contributor
To me this things issues seems to be taking out the actual file system drivers from the card enabling it dead kinda like cobra usb early days.

Member
Contributor
Verified
Thanks! It's good to know there are people still working on PS2! I have a chip on mine and some boot loader in the memory card but I've already forget all about it Some day I have to launch Persona 4 again and try to finish it for good.

Developer
Senior Member
Contributor
This also may be useful for you guys nice tutorial on this....

misiozol said:
There is one thing missing there, to install this your console MUST be pre-modded with chip or needs to have previous installation of FMCB to be able run unsigned code
Click to expand...

That is not actually true anymore. If you have one of the Sony PS2 Memory Card Adaptors, you can run software on windows that can create the Free McBoot card for you. This was how I made my card and for several other friends. I bought the adaptor for about $5 off ebay.

Senior Member
Contributor
Verified
Yet again there is trick , it needs to be genuine cheap chinese copy will not work from what I know