While there are several PS3 OFW Methods and some older games that work on PS3 OFW 4.81 without a second console on Custom Firmware, it's time to reveal the final method to running PlayStation 3 game backups on 4.81. NO CFW/ODE/another bs.

Be careful, there is a very high PSN ban risk. Already I lost few IDPS while online by testing this method. If you get banned on undowngradable console you got ban forever. Prefer to stay at 4.70 or to play offline.

This method I found few months later I decided to publish.

1. Put an original disc to your PS3. This game should be released after 2012! (these games already have lic.dat).
2. Download any game what you want.
3. Download game patch to this downloaded game.
4. Unpack patch to downloaded game replace everything you can.
5. Open now param.sfo
6. Change Title ID to your original disc game. Example I put to PS3 Uncharted 2 so I change title id to: BCES00757
7. Rename PS3_GAME folder to your original disc game on PS3 TITLEID Example BCES00757
8. Inject with TABR.
9. Start your game from BD. Now PS3 will start your game from patch.

Enjoy you tricked PS3 and launch another game from patch.
Nice security. LOLz. 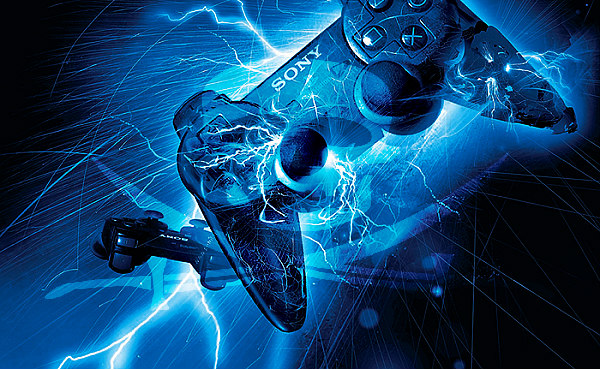 Member
Contributor
Cool method especially if you only have one console. Correct me if I'm wrong, but you can only inject 1 game since you have to rename the injected game to the game_ID of your disc right? 1 disc = 1 injected game? I hope someone can try this method to verify if it works.

Contributor
In theory this should work with PSN titles as well? If we can grab the "name" of an app/game then we could in theory inject that into our backup using that ID. I'll go ahead and try it myself. Wish me good luck.

Contributor
Okay i'm here to report back on what happened. First of all i got myself a copy of Need For Speed Shift (BLES00682) and Fat Princess Demo (NPEA90036) from PSN.

I tried to follow the guide the best as i could but i renamed the PS3_GAME folder to NPEA90036 instead of the USRDIR folder because it didn't make sense to me to rename USRDIR. (That could be the point where i've gone wrong with it.) The two games got merged and also their assets because it also shows the NFS Shift logo in the XMB. When i click the game Fat Princess starts not NFS Shift. I will give it another try by renaming the USRDIR this time as the guide says.

FYI, my game choices were made because of their relative sizes.

UPD: I forgot to change the PARAM.SFO from the update back to the edited one from the disc. That is most likely the cause.

Staff Member
Moderator
Verified
Thanks for deciding to finally share this tutorial with everyone @NodexNL, I will mainpage it now so others stuck on 4.81 without a second console on CFW can give it a try if they wish... at their own risk of their PS3 being banned on PSN, of course.

koyi said:
UPD: I forgot to change the PARAM.SFO from the update back to the edited one from the disc. That is most likely the cause.
Click to expand...

Thats right, its important, after doing this your tricky game should be at GameData. Good luck.


koyi said:
In theory this should work with PSN titles as well? If we can grab the "name" of an app/game then we could in theory inject that into our backup using that ID. I'll go ahead and try it myself. Wish me good luck.
Click to expand...

No PSN games cannot be tricky. Only Discs.

Member
Contributor
I want to try resident evil 4 HD but can you tell me if I need a patch and where can I get it and how to apply it?

Staff Member
Moderator
Verified
I know some game updates are here, worth a peek: http://psndl.net/packages

Also some get game updates using PS3Tools worth a try perhaps.

Member
Contributor
Verified
any chance for ps1 or ps2 or psp games to work?