More info in the spoiler below! 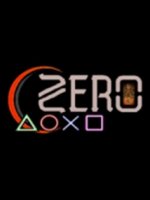 Contributor
thank you, been looking all day for a *** so i can make my first menu for gta

Member
Contributor
Verified
Is there any chance of the unity plugin for the ps3 ***?

Developer
Member
Contributor
Verified
You need more than a "plugin". Wish someone with access would grab Unity for PS3, PS4, and Vita. You literally have to install a custom editor with the plugin built in "activate" with a key sony provides, and then you are golden.

Can someone PLEASE grab Unity for ps3 and Vita before it's too late?

This would be the best tool to code homebrew games in as you have even more flexibility than you do with phyreengine as you have additional support with mechanism and Unity makes coding so much easier.

I have a few games I would port immediately as free homebrew that I am currently developing officially for The 3DS and WiiU.

If nothing else, I am having no luck with the 3.70 with phyreengine link, and coding a full 3D engine in C++ is a huge endeavor for even seasoned developers.

Staff Member
Moderator
Contributor
Verified
This PS3 *** 3.70 + PhyreEngine.7z link still works for me, it seems to require using the MEGA Firefox extension due to the file size though.

Developer
Member
Contributor
Verified
Could have been due to me being on my cell phone, as all links were broken. I am downloading it on my PC now, along with the S0nyHatesMe ***.

As for the Unity for PS3 tools, unless we luck out by a generous dev user with access to the ***, there was never a leak for such, and despite asking on Assemblergamers, I haven't received any luck for such.

I would love to see a massive leak of all the tools in an EOL bundle of sorts. Not only would we have access to Unity for PS3, but also the latest *** and middleware available.

I would get it myself (and share of course) if I had access to the dev portal.

I am also hoping someone might can leak Unity for Vita as well, as this would be one of the easiest homebrew tools one could have their hands on for the 2 haxed Sony devices. One literally is limited only by the devices in question, as Unity is one amazing engine.

I unfortunately resorted to using UDK Ultimate instead, and I am not all that enthusiastic about it.