To quote from deank: It is just proof-of-concept, but if someone wishes to give it a try: http://deanbg.com/slaunch_preview.zip

You'll have to add slaunch.sprx to your boot_plugins.txt. It requires this new webMAN, so you'll have to use both. After you get your games refreshed at least once sLaunch will pick them up. To start sLaunch from XMB hold the "START" button.

This is a preview version and it will only show 1 page of 10 games, although all are detected. When I'm ready with this new interface it can become part of webMAN, so there will be no need for separate plugin, but for PoC it is what it is.

IMPORTANT: THIS TEST VERSION WORKS ONLY IN 1920x1080p/i (FullHD). Do not try it if your PS3 is set to different output.

It can be a frontend to webMAN or webMAN MOD as long it finds "/dev_hdd0/tmp/wmtmp/slaunch.bin" which is a simple file with "NAME", "ICON", "PATH". Once you load a game it sends the request to webMAN/webMAN MOD.

Also from deank, to quote: As promised the other day: sLaunch 0.1 preview

I hope you like it. If used, it removes the need to use system plugins for mounting games. Also there is no need for "My Games" in the Game column. sLaunch can be started from XMB by pressing a button - loads in 1 second and it is just 11KB. It is very simple to use and fast.

And from aldostools, to quote: This is webMAN MOD 1.46.02 full edition with support for the preview release of sLaunch: http://aldostools.org/temp/test/webftp_server_full.sprx

Update: From deank, to quote: The good thing about sMAN is that it doesn't require large amounts of memory no matter how many games you have. It can handle 2000, 3000, 5000 games even.

sMAN is working a bit faster than sLaunch (at least it looks that way).

From now on it will be availabe at: http://deanbg.com/sman.sprx

In few mins I'll add grouping of content in it, so it will be more useful.

Note: If you decide to use sman.sprx - remove webftp_server.sprx and slaunch.sprx from your boot_plugins.txt. It is not possible to use them at the same time.

Update #3: Another revision from deank brings sMAN v1.05 with the changelog as follows, to quote:

Code:
otherwise it won't work. The first match of these three will be loaded. sMAN resource files are located in /dev_hdd0/tmp/wmtmp/res folder. There are six icons, background and ntfs/net external plugins. You can play with them until the next reboot when they will be restored to defaults.

NB: Renaming it to webftp_server.sprx and other stupid things are not supported.

Update #5: Deank updated sMAN to v1.08n (linked above) with some more revision changes detailed below. 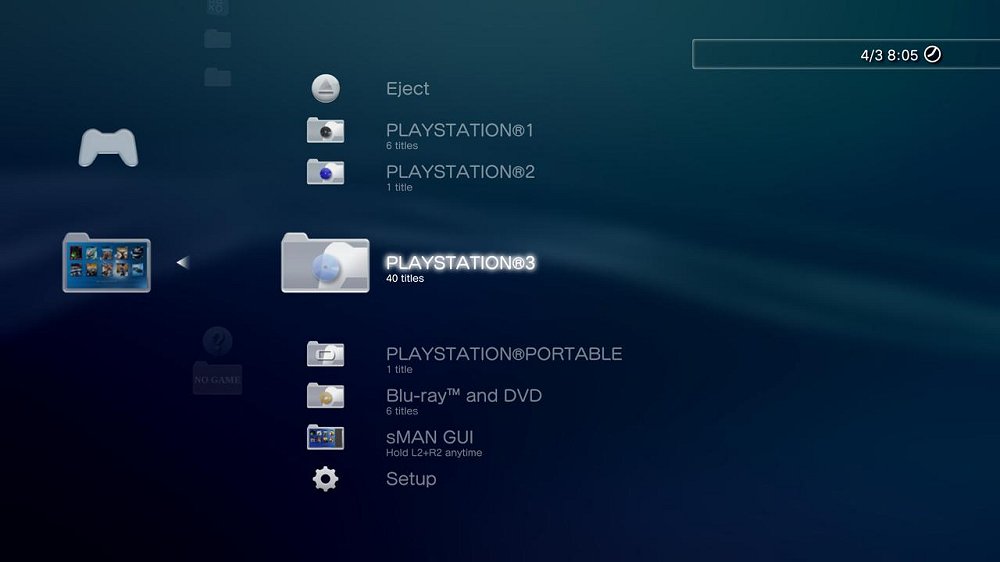 Update #6: Deank updated sMAN to v1.10n (linked above) with the changes detailed below, to quote:

"In the latest sman.sprx update the internal web server will use threads to serve files/images content. It will no longer hold the whole www client thread and will release the resources immediatelly greatly improving performance and stability. Until now if you download something big via the web interface and then try to browse games or refresh sman would lock, but not anymore..

There were some issues with displaying images/files from network locations (ps3netsrv) using the webbrowser but it is now ok. There are also some other minor fixes. Network/ps3netsrv locations should now support about 3200 files (1600 ISO games + 1600 images for example).

Finally, below are some other recent PlayStation 3 demo videos from Dean K's YouTube Channel channel: 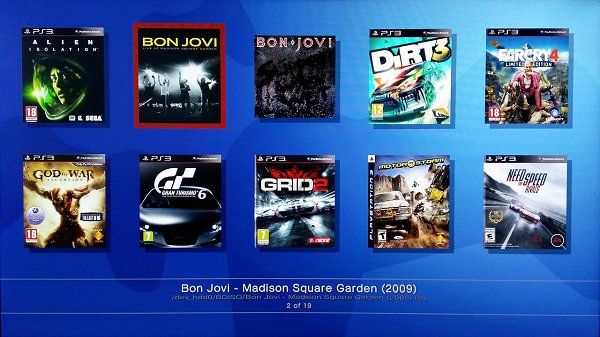 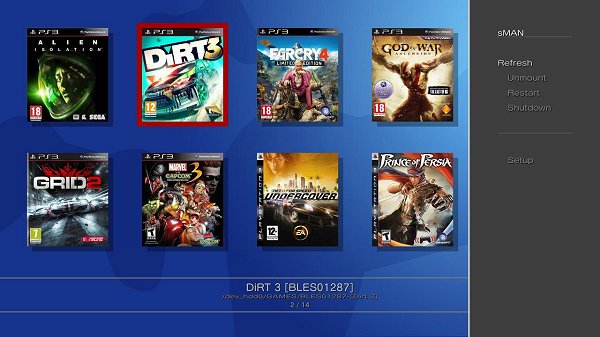 Senior Member
Contributor
Seems slower than what we already have. Looks cool though.