New release (to help Joonie with his DECR issue )

This is a dev_flash from phat decryptor (algo was already on the original ps3hdd_poc but was never adapted to phatties, only to slims)

I've encountered a bug that resetted iv while the cycle was run for each sector (which made partial garbage in the initial sector area after the first sector) but that seems to be fixed.

The opposite is just as valid (meaning, if you want to encrypt, instead of decrypt, just change the order of operation in the code) 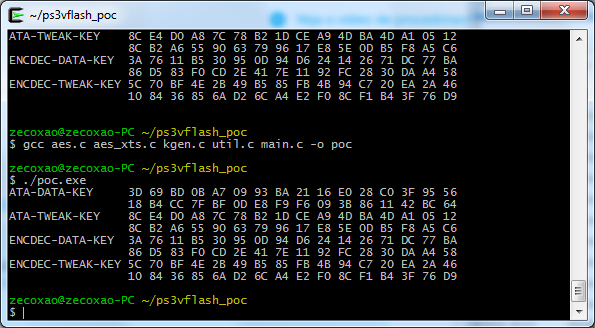 Senior Member
Contributor
Does anyone have this file? if you do please be sure to inform @zecoxao He's lost the file according to a tweet


And both links are dead. [USERGROUP=8]@Developer[/USERGROUP]

Staff Member
Moderator
Verified
I added mirrors to the OP and will reply to him on Twitter now.

Developer
Contributor
I have i think..

I tweeted him already.. so lets see..

Also will reply back up here when he confirms.

Developer
Contributor
He got it