Following the PS3 WebKitSploit and PS3 Playground WIP, PlayStation 3 Browser Research and PS3 Webkit PoC today developers @bguerville, @esc0rtd3w and W shared a progress update on their 4.81 OFW Exploit known as PS3Xploit with a target date slated for Q1 2018, a PS3 software downgrader in development and a 4.81 IDPS Dumper that supports all PS3 consoles expected to arrive shortly.

Since the PS3 OFW PSID Dump Tool Guide and PS3 IDPS Bruteforcer, the upcoming PlayStation 3 software flasher may soon make PS3 downgrading via hardware flashers such as E3, Progskeet and the recent NORwegian Teensy Clip Edition things of the past.

As always, be sure NOT to update your PS3 Firmware should any updates beyond 4.81 OFW get released by Sony following the recent PS3Xploit Team progress!

We'll update this article as things are publicly released, and here are some additional details on their PS3 projects from bguerville via PSX-Place, to quote:

I started investigating the ps3 webkit about 6/7 months, but at the time, it was only to gather information, I had no idea I would eventually be the one working on it!

End of August, I gave the information I had to @esc0rtd3w & expected he would work on it alone. However, he knew nothing about webkit exploitation & he started to collaborate with W. By hijacking webkit, we inherit its privileges which means we are root & we get access to lv2 syscalls.

However the PS3 OS is protected by NX (No eXecute is the BSD/Linux equivalent of DEP on Windows), no address randomisation though. Executing our own payload is made impossible by NX but we can still execute code despite NX using ROP (Return Oriented Programming).

The principle is simple, select snippets from the system code (snippets like these are called gadgets) & assemble them so execution jumps from one gadget to the next until the task we planned is done. It requires providing values/parameters & offsetting to each gadget instruction as well...

First week of September, I joined their effort & 2 weeks later we had ROP execution. From that moment, I have been doing all the ROP development work alone while the other 2 helped with testing & researching (and debugging for esc0rtd3w).

Right now I have 2 ROP chains ready, one for IDPS dumping & the other for flash memory dumping.
The next part of the job is to modify the flash dumper into a flash writer. When that is done & released, PS3 hardware flashers will have become mostly obsolete.

FYI, the IDPS dumper should work on any NOR/NAND model of PS3. Same goes for the flash memory dumper. It was tested ok on Superslim. Once the ROP work above is finished, there is much more to be done & hopefully more releases to come... Stay tuned.

For now the main project we are working on will not jailbreak all consoles. It will enable flash dumps from all consoles but flash write only to all consoles up to 25xx so consoles that are are not cfw compatible will not really benefit just yet, except for dumping flash & IDPS but not for JB.

For those with CFW compatible consoles on OFW, once flash is overwritten with a db OFW copy, a user can reboot then install the CFW of their choice. Hardware flashers being then obsolete.. You could also overwrite the flash memory in more recent consoles but that would result in a brick due to metldr2.

It's only after that flash management project is done, in hopefully March that we will begin working on exploiting lv2. If we get the results we wish, we should be able to make a TaiHEN type of hack for all consoles including Superslims.

Once lv2 is exploited, I am not sure yet how far I will take it, whether I will also try to take on lv1.. Or leave it for someone else to build on by releasing a fully commented & dev friendly version... We will see how things go...

However, even without lv1, direct access to lv2 functions using the right parameters would allow us to run homebrews (except those needing lv1 peek/poke) & backups without problems along with many other things.

The IDPS dumper will create a file on usb000 then beep 3 times & shutdown in all cases, even if flash memory read fails. emmc should not make a difference to this. You will get garbage in idps.bin in that case.

Js errors with a black page message on ps3 should not happen. If ever it did, just report & in the meantime keep relaunching the exploit. Nobody has had this issue in dozens of tests though.

And clearing cache or cookies is totally unnecessary with the exploit & the wk js interpreter. Between runs garbage collection will take care of cleaning up what is needed, the job it does is always sufficient.

Enjoy this release from our team

We will be working hard to add EMMC support as soon as possible!!

The documentation will be updated as time goes on. There is a readme.txt file included with basic setup and usage instructions. Please stay tuned for future tools and releases

And once again, THANK YOU to everyone involved bringing this all together, without all of you, none of this would have happened!!!

We have some more exciting news to bring you!!

We have been working very hard to bring eMMC support for the newest SuperSlims CECH-40xxA, CECH-42xxA , CECH-43xxA and that has happened.

The team would like to present a nice little update to the 4.81 IDPS Dumper now supporting eMMC hardware revision consoles!!

We also updated the instructions in the Readme.txt. Please read it... People who have issues triggering the exploit (>5mn) might have a low wifi connection that would explain the problem, in this case use ethernet or improve your WiFi.

Please report any issues you have while using this new version on any of the flash types, NAND, NOR, and eMMC. Here is an EMMC testing and research thread. Thank You to all

I posted a 0.2.1a version to fix the include file error on index.html in OP.

v0.2.3
v0.2.1a
v0.2.1
v0.2
v0.1
4.81 IDPS Dumper
PS3 xploid work version 4.81- 4.82 idps extract by sc0rtd3w idps dumper 0.2.3 release!!!
[PS3 Debugging/ROP] System Call Test #1: sys_ss_get_open_psid
From the video caption, to quote: This is the first video in a series of videos I will be uploading demonstrating exploiting the PS3 using the debugger and ROP techniques. Don't get too excited, nothing will be shown here that hinders current private development progress, but this will give other users not familiar with these techniques a chance to play around a bit

Thanks to @B7U3 C50SS in the PSXHAX Shoutbox for the heads-up on this exciting PlayStation 3 scene news! 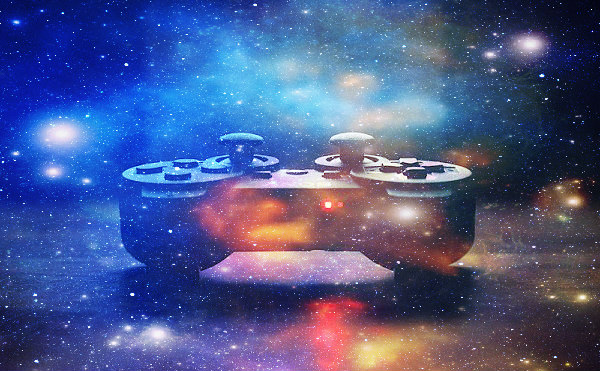 Member
Contributor
I would just like to say congratulations to esc0rtd3w, bguerville, and W for the first release of their project. Well done guys, looking forward to the IDPS Dumper release and further releases down the line.

Contributor
Congrats esc0rtd3w for your update and release soon and the plans for 2018. @esc0rtd3w will idps dumper work for emmc consoles also

Contributor
i want to know who is @w

and @k9mo will the flasher work on emmc

Staff Member
Moderator
Verified
If I had to take a guess, it may be the developer known as Willerson there.

Just to confirm, if i have a cfw hackable console on 4.81ofw, can i downgrade it to 3.55 without using e3 flasher? Kindly confirm.
Keep up the good work
thanks in advance

Staff Member
Moderator
Verified
It sounds like just the 4.81 IDPS Dumper tonight, then down the road a Flash Dumper, the 4.81 PS3Xploit, etc through the first part of 2018.