Earlier this week we saw a PS4 homebrew game port of Roll A Ball / Roll The Ball PKG, and today PlayStation 4 developer @LightningMods returns with a PS4 4.55 Homebrew W.I.P. (work in progress) package via Twitter for other developers to examine and eventually use as a template to build upon when he releases the requested source code.

Some screenshots are below, and to quote from his Tweet embedded below: Hello im releasing "4.55 Homebrew W.I.P" Not fully done its a W.I.P but here it is.

Also below is a PS4 System RW payload for 4.55 ONLY in the form of FTP+RW.bin, however, it comes with a WARNING to use CAUTION if you decide to give the unsandboxed FTP access and re-mount ALL system partitions as RW payload a try.

It can permanently brick your PS4 so don't use it if you don't know what you're doing and aren't willing to take the risk!

And from the README.md file for those interested: PS4-System-RW

This Payload gives you Unsandboxed FTP Access and re-mount ALL System Partitions as RW (USE CAUTION) on FW 4.55 ONLY!

1. FTP Access (root)
2. Read and Write to the following partitions
3. Optimized for use with a HEN (No Freezing!)

Cheers to 0XD4RK for the heads-up on the news! 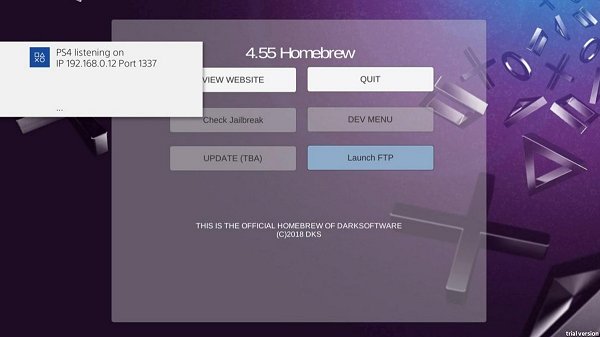 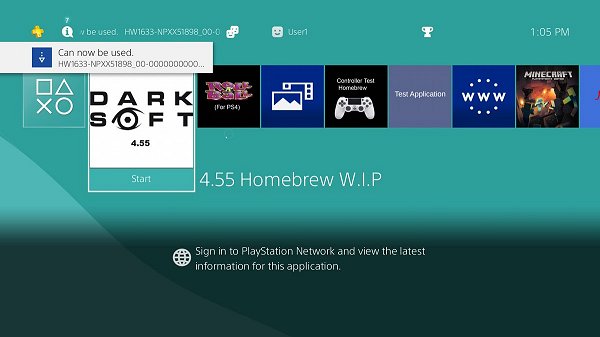 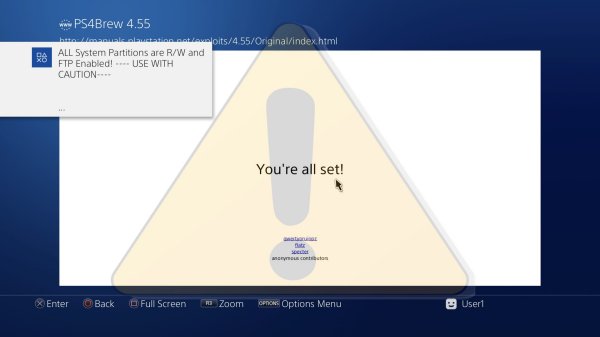 Senior Member
Contributor
Is this one no HEN?

Senior Member
Contributor
Verified
@Grandblue
Pretty sure you will have to run hen for it to work. Please correct me if I’m wrong as I’m still on 4.05. I haven’t got around to moving to 4.55 yet.

Senior Member
Contributor
Verified
can someone confirm that? it have hen?

Senior Member
Contributor
Verified
You obviously need to deploy HEN first before this. This app will be very useful to enable FTP and other stuff which always failed for me. Gonna give this a try soon.