Recently developer Fire30 shared on Twitter some PS4 Firmware 6.20 Build Strings which have been added to the Dev Wiki displaying the current status as 'dumped' leaving many asking the proverbial question of ETA WEN for a public kernel exploit release to complement the PS4 6.XX JSC_ConcatMemcpy WebKit Exploit so PlayStation 4 consoles on recent Firmware can be jailbroken.

Previously Fire30 publicly released a PS4 Webkit Exploit PoC for 2.XX OFW, PS4 HENkaku Exploit for 3.55 Code Execution and FireKaku PS4 3.15 / 3.50 OFW Ports of the exploit... so although he may decide not to do a public 6.20 release at least he has a track record of sharing his findings publicly with the PS4 scene in the past.

To speculate briefly, besides obvious legal hassles a reason he may opt against doing a public 6.20 kxploit release is what developer @Mathieulh (Twitter) mentioned on Discord last month... to quote:

Like it or not, that's a compelling reason to keep things private (for the moment) among PS4 developers since end-users can still obtain jailbreakable consoles if they're willing to pay what those selling them are asking.

Code:
Thanks to @MrNiato (Twitter) for passing along this news earlier on! 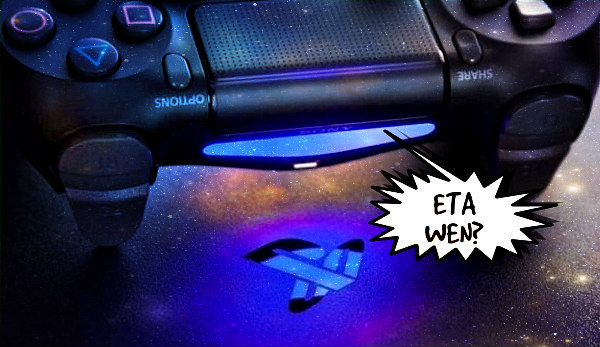 Member
Contributor
Verified
Well here's one hopes at least 1 year after PS5 releases we have newer hack available a not only exploit but something more permanent like CFW cause what i'm going to do with two Brand New In Box PS4 Pro with 4.74 OFW or it was 4.73

Member
Contributor
Really Hoping , Theres a work around for games like fortnite.
Damn 1 game is stopping me from having a bunch.
might have to buy a system just for the kid.
Hoping the good guys will release soon, for the CFW 6.20

Senior Member
Contributor
If release happens, the scene will resserect for access to everything, I know someone who already cracked the fw, although private, just releasing methods, but if you are smart, u can get it to work, anyways good stuff lads!

Senior Member
Contributor
An update can only do so much, unless update is major again, although it is crucial on their servers with more jailbreak consoles having access, that way they will have to give up and learn that you can never win "hackery"

Member
Contributor
Verified
I don't think some of you fully know what you're asking for when you want it released right now or complain that it's kept private. You're shooting yourself in the foot.
So unless another point of entry comes out beyond this I don't see 6.20 being release.. and I'm total okay with that.. if it means having a end of life PS4 Firmware 7.xx 8.xx or what ever being exploited to allow the full library of games.

Senior Member
Contributor
Verified
i think we will wait

Developer
Senior Member
Contributor
Here is some Build String taken from my PS4 Testkit from firmware 5.50 to 6.20 :

Senior Member
Contributor
@robofox83 it's better to keep it under covers then rather than parading all over the internet bragging the unobtainable.

Srsly, Only reason I bought PS4 was for DriveClub hype on console launch. That was a BIG lie by Sony to push PSN+ subscriptions. 2 years later the POS finally releases, nobody gave 2 shits about it then. I gave the system a 2nd chance when GTA launched thinking friends would play, yeah that didn't last long. People kept going back to play good games on PS3 like Dark Souls.

When I finally said FK IT. and boxed ps4 up I was SOOOO frustrated at how much Sony was crapping all over its store. Seriously, 20 pages of Dead or Alive "costumes" under it's New Releases. Constantly being slapped in the face by Sony with "Here you go people! Pix The Cat FREE this month keep renting these PSN+ titles "

I think even 4.05 only lasted a couple of months before I realized the library was crap. Sony Portstation full of indies, that's all it was. Scene was VERY quiet all year so it didn't matter, most people forgot about the system.

If hackers are genuinely involved, that's wonderful. But to trail people like the Pied Piper then turn around like Al Azif and Celest "nener nener i buy all my new games, But don't lose Hope! Keep your system on old firmware" .. that's douchebaggery.