Mine has the latest game update 01.20 included to access Extinction mode from the main menu. I have confirmed it working on my 1.76 PS4 using the Watch Dogs donor disc payload.

If you want to know how to install the 01.20 patch so you can run your backup on the latest update watch from 5:00 on the video from my YouTube Channel below.

How to Run Backup PS4 Games with the Latest Game Patch Installed 1.76
Also to note I tried the GTA-V EU donor disc payload which didn't work correctly when trying to access multiplayer or extinction mode comes up with a box saying installing additional content. So looks like some donor disc payloads might not work.

I have also added an update for my PS4-AIO mod tool which includes a game dumper payload. You can add your own game ID of the game you want to decrypt/dump and select whether you want to dump the game files app0 or the games update files patch0.

You can also select an output device but I would recommend keeping it on USB0 as default. In addition you can either inject the payload from the tool or save the payload to be used later. You can get more details at this 15:00 on the video. 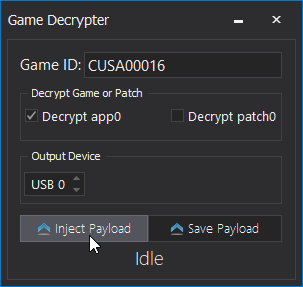 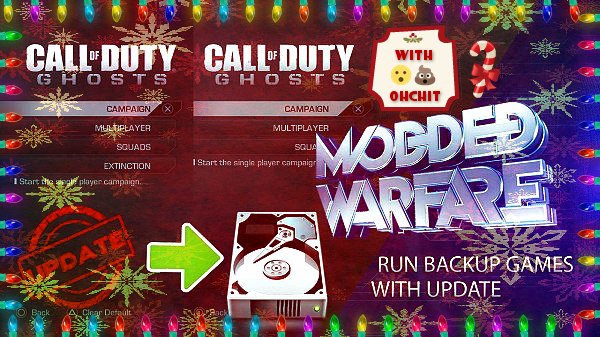 Senior Member
Contributor
Verified
A job done well, as usual by a professional. Thank you, bro !!

Put please a link to the latest PS4-AIO update, because I do not let him do it online. It gives me an error.

Developer
Senior Member
Contributor
I was going to add it to the thread but I didn't realise you can only edit the thread for 5 minutes after it was posted.

Cheers for the uploads

Member
Contributor
I wonder if other regional versions (EUR, JPN) will work soon?

Member
Contributor
thanks mate one question

if I own the game as dump before the update released can I just grab the update and copy it without needing to download the whole game again?

Senior Member
Contributor
Verified
You would have to try it and see if the different versions have a compatible update, Chances are small but worth a try