According to Wikipedia, CEC is a feature of HDMI designed to allow users to command and control devices connected through HDMI by using only one remote control... and the bug is in the HDMI CEC code with the path reachable when HDMI-CEC is enabled and active.

Be sure to check out the full PS4 Aux Hax 4: Belize via CEC documentation on their latest Blog Entry alongside the PS4 Southbridge Reverse-Engineered Code Examination, and to quote in part:

"So, the overall process is like:
Of course, this is really EMC code exec, so the dumping is just something to do after the fact

This post outlines a way to dump EMC firmware and gain EMC code exec on any hardware revision. While the real root keys (in fuses and ROM) of EMC versions besides the first are still unknown, they could yet be recovered with side channel attacks, if someone really wanted them. Since this method is comparatively much more simple and more generic, it stands on its own as an interesting exploit.

As was hinted at, the CXD90046GG version of EMC employs slightly better security practices. The EMC ROM now wipes the SRAM space used as stack during initial key derivation, and some as-of-yet unknown method is used to unmap the ROM, mitigating it being dumped simply by reading from address 0x00000000. Again, it is likely the key material could still be recovered - if someone cares - but it’s interesting to see that such changes made their way into hardware between revisions." 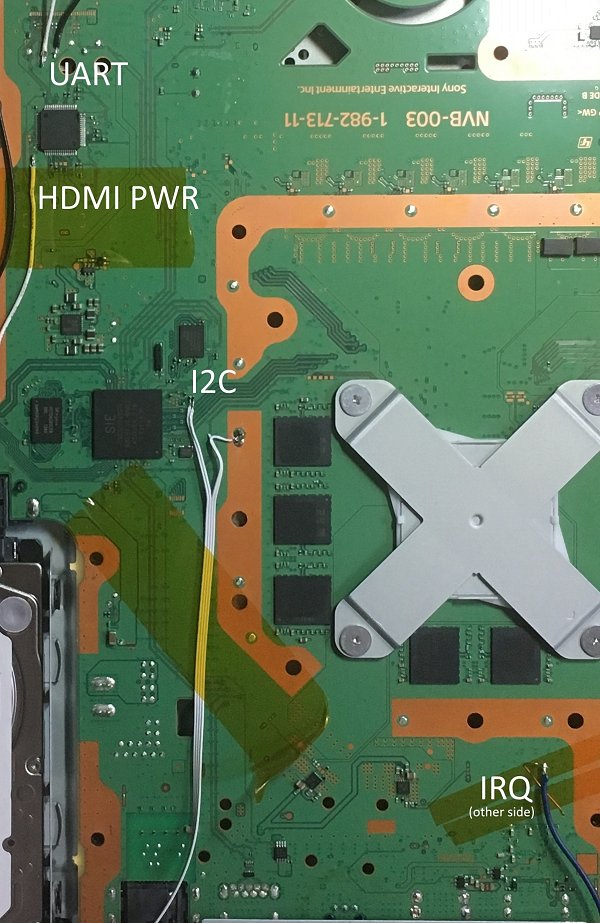 Staff Member
Moderator
Contributor
Verified
Thanks for sharing the update @kizabg and mainpaged now as well.

Senior Member
Contributor
Verified
What can we do with EMC code execution? How does it compare to the current exploits that we have for 5.05?

Senior Member
Contributor
A simple explanation , kinda exploit 6.00 soon or something like that