While there is no ETA on future PS4 jailbreak exploits yet and current jailbroken PS4 5.05 consoles can run homebrew and play hundreds of PS4 Fake PKG games, those stuck on PS4 4.74 OFW due to a missing or broken Blu-ray drive can now directly update to PS4 5.05 OFW to enjoy all the fun of a 5.05 PS4 jailbroken console following the previously released PS4Brew 4.74 Kernel Exploit! 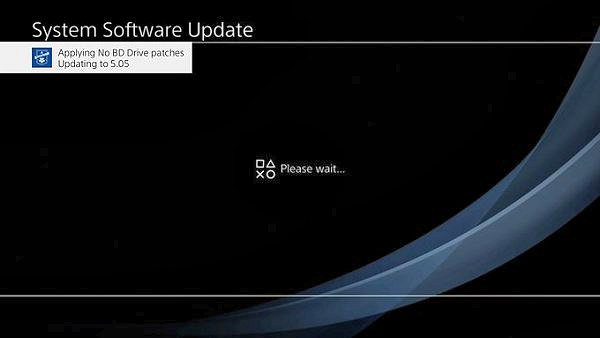 Member
Contributor
Verified
Yes! Can finally get these spare consoles with wrecked BD's up to 5.05 to stuff around with!

Member
Contributor
What happened if my hard drive broken after I had already installed the 5.05 what update will it ask me for 5.05 or 4.74

Member
Contributor
@kingskiller same situation over here it asks for 5.05 and stuck in an update loop any solutions?

Senior Member
Contributor
An update is installed via USB, so why it is a problem of the BD drive is damaged?

I never understood this issue, maybe somebody can explain the reason?
(only for my personal interest)

Senior Member
Contributor
Verified
@SirSilvan83 firmwares from 5.00 dont get installed in the console if it got a faulty BD or a missing BD Controller. Sony already had that protection in PS3, dont know why they introduce it to PS4 in 5.00

Member
Contributor
Verified
and here I am, still reading about jailbreaks that i cannot use because I'm on 5.55...

I bought a PS4 Slim last year on black friday, precisely because of a possible jailbreak past 5.05, never happened, it worked total for 2 hours the most in all this year, I have given up, the console is inside a cabinet wrapped for not collecting dust.

I also own some games, but all need to be updated, and to update need to upgrade to latest fw, I'm starting to think if it is worthwhile halting the console to 5.55

Senior Member
Contributor
Verified
thanks for this..