One of the big features thus far is PlayStation 4 Pro supersampling, which makes the PS4 Pro even sexier to those who don't have a 4K TV yet.

To quote from PSU.com on the details: "It means that when you run games that have a higher resolution than 1080p on your 1080p TV, the image will be better than it is right now following PS4 update 5.50.

The official description from this Polish screenshot (below) reads: Supersampling mode allows you to get picture quality comparable with 4K even when connecting PS4 Pro to a TV with a resolution of 2K or below.

The effect depends on the game- not every improvement will be noticeable. In some games, you can also reduce the frame rate per second."

Here's a partial changelog from PS4 v5.50 Beta testers via GearNuke.com, to quote:
Cheers to @Denisuu for the news tip in the PSXHAX Shoutbox earlier today! 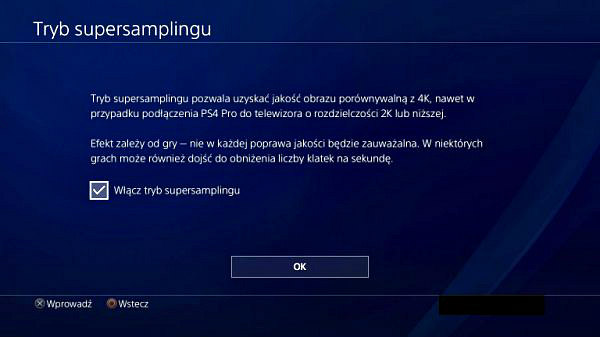 Senior Member
Contributor
It too bad we can't download the .pup file and manually update to this FW...

Member
Contributor
Verified
Your sure?

Senior Member
Contributor
Since we don't know (for sure) if 5.05 is still exploitable I won't update to 5.05 for the beta. Although I l'd love to install game updates.

Senior Member
Contributor
fork updating once the betas have told'm what needs tweaking lol the scenes exploded with process ill stick with 5.05 until theres a work a around CFW FTW
You must log in or register to reply here.
Share:
Facebook Twitter Reddit Email Link
Recent Articles
Red Dead Online Recreation in Dreams on PS4 by Rikkiscafe
We've seen a MGS HD Remake, a FFVII Dreamake, some RDR2 Mods and the latest Red Dead Online PS4 creation in Dreams by Media Molecule comes from Rikkiscafe via iferraz2.