Like many of you guys out there, I too was extremely disappointed in learning that the recent save editor released by Cyber Gadget was patched in the latest PS4 Firmware 4.50.

I did some examining of what exactly happens when you copy a save from a 4.50 system. Basically two errors occur. If you the save you are using is on a lower FW than 4.50 (backup from a USB, or off the Internet) the system won't allow you to copy it onto itself or use it unless the original from the console itself it up-to-date and then copied over. And if you copy a save from 4.50 onto a USB drive it appears as corrupted on a firmware below it.

So this gave me an idea, what if the system update isn't exactly the one that's preventing the save from not working? After some testing, I have concluded that the latest Firmware introduced a save patching system that only gets applied during USB Copying. Notice the key here is USB COPYING, meaning I have found a bypass to this.

*Down below you will find a guide that will allow you to continue to use the save Editor, but to keep in mind this will only be available to a limited amount of users due to the process of achieving it.

Requirements:
So how does this work? Well after you have followed the PSProxy guide above, you will have your lower FW console that is capable with the save editor being able to go online. You can't download games unless you turn the proxy off, but you can however UPLOAD TO THE CLOUD.

This is where the bypass takes place, and why it lead me to believe that Sony placed a patcher during the USB copying process. Because you are uploading the gamesave into the cloud it doens't go through this process at all, meaning after doing testing with various titles, gamesaves from 4.07 work and run perfectly fine on a console that is running on 4.50 when it copies the gamesave VIA Cloud storage.*

This also works vice-versa, so copying a save from 4.50 onto cloud storage adn then downloading it onto 4.07 from cloud storage works. there's no Firmware issues whatsoever.*

HOWEVER, you do have to make sure that whatever version of X game is the same game patch (not system fw) version on both consoles. So, if you have say patch 1.05 of (random example) Call of duty on 4.50, you do have to make sure it's the same game patch firmware on the lower PS4 FW console. IDK if this applies to all games, but some games make saves incapable if the game versions are different.

I have yet to try Cyber Save Editor, but there is ZERO reasons why this wouldn't work

This part I leave to developers, or someone with more Knowledge. If someone who knows anything about exploits and such, you may want to look at a gamesave pre-4.50 (before you upload it onto the cloud) and then after 4.50 (download it from the cloud, then copy onto a USB). You may find something useful in there, or you might now. Just my suggestion

Here are two game saves, one on 4.07 before the cloud upload, the second one on 4.50 after the cloud upload and then patched VIA USB 4.50 feature: my hopes are someone can find use to these and maybe build a new save editor 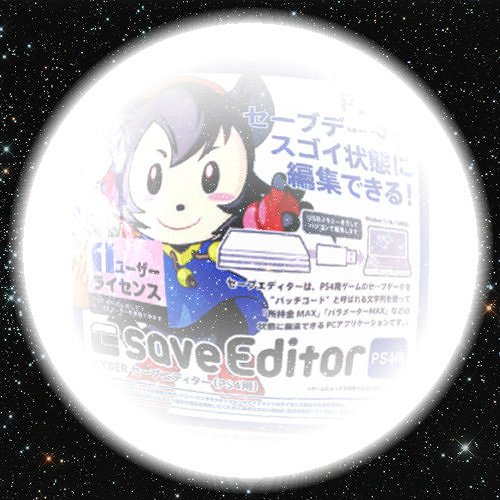 Staff Member
Moderator
Verified
Cheers for sharing this here also @Niohjapan and you can edit your 'About the Author' block above to include whatever (Twitter, YouTube Channel, etc) you wish.

Senior Member
Contributor
I unfortunately didn't get to stay to the end of testing. What was the result of trying in reverse?

moodyjohn said:
I unfortunately didn't get to stay to the end of testing. What was the result of trying in reverse?
Click to expand...

It works, saves on 4.50 uploaded to the cloud and downloaded on 4.07 work fine to, just some games require the same game patch software, not the same console firmware. So random example, dark souls patch 1.03 wont work on dark souls vanilla unless its patched to 1.03

Member
Contributor
i think on the official website they updated the server to 4.50 now